They won the war, but none of them won the battle of the Pomona finale. 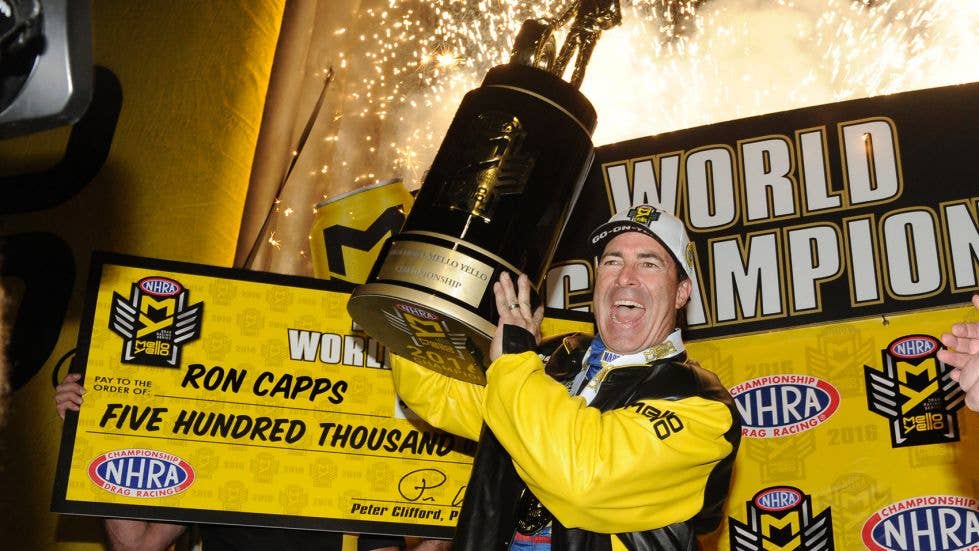 This weekend’s Auto Club NHRA Finals at Pomona marked the end of a long 2016 NHRA Mello Yello Drag Racing Series season that crowned four champions – none of which won at Pomona.

The winners in the Pomona finale, though, were Doug Kalitta in Top Fuel, Tommy Johnson Jr. in Funny Car, and Greg Anderson in Pro Stock. In Pro Stock motorcycle, Matt Smith broke a three-year winless streak.

The feel-good story of the championship battle, though, has to be Ron Capps, who began racing in the NHRA Pro series in 1995, moving to Funny Cars in 1997. He has 49 wins in Funny Car, and he finished second in points four times before winning the championship this season.