22 Injured When Chevy SSR Plows Into Crowd at NASCAR Race

Police say the driver is in custody. 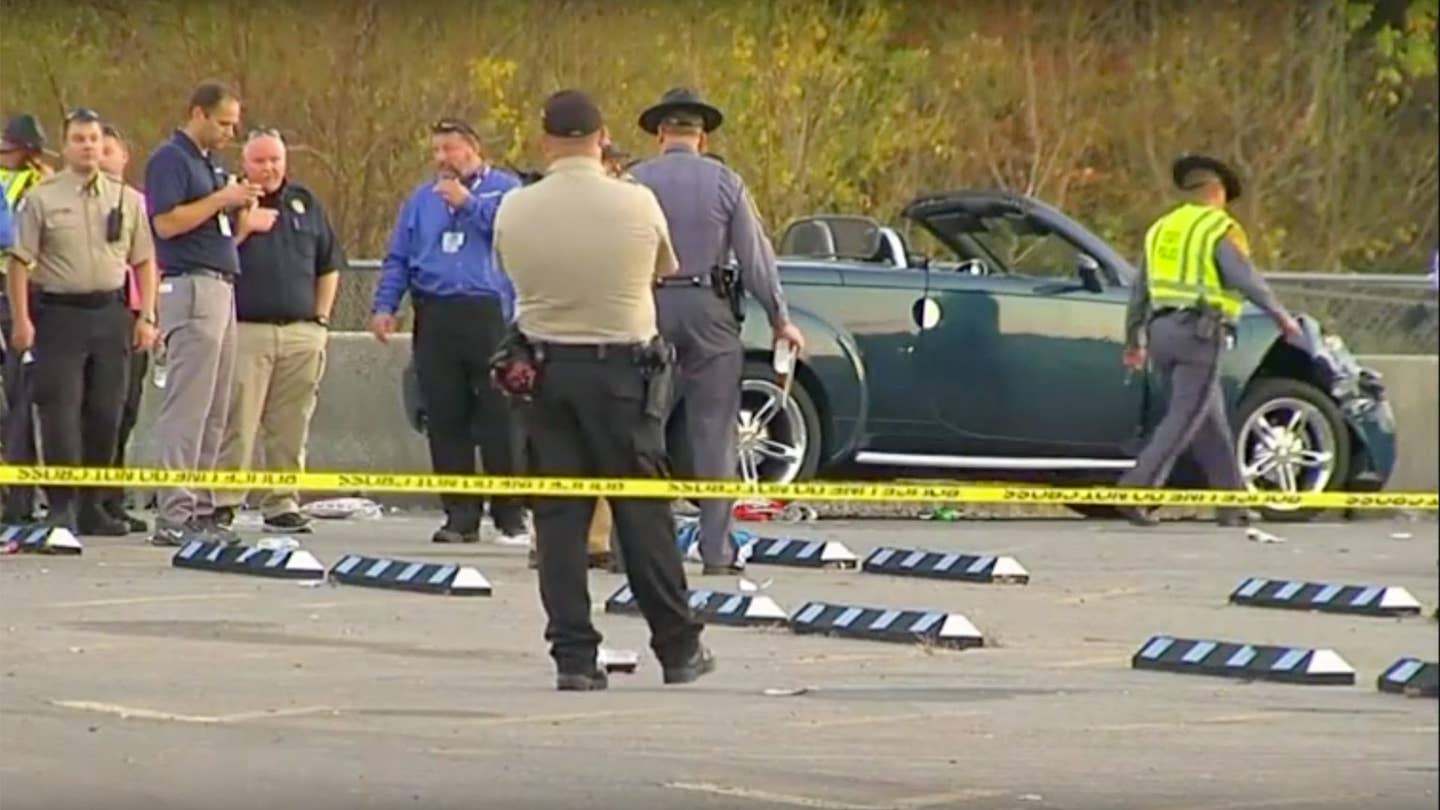 In a bizarre postscript to Jimmie Johnson’s win Sunday at Martinsville Speedway, 22 fans were struck in the Martinsville parking lot after the race by the driver of a blue Chevrolet SSR, who pulled out of a line of traffic and plowed into pedestrians standing near the track’s helipad.

None of the injuries were life-threatening, and the driver is in custody, according to police.

Several drivers took to social media about the incident.

“Hoping everyone is ok who were involved in the incident after the race today,” tweeted Denny Hamlin.

Said the Speedway: “A vehicular incident occurred following Sunday’s NASCAR race in the Martinsville Speedway parking lot. Multiple individuals were struck by a vehicle, and the driver has been taken into police custody. Several people were treated on-site by emergency workers in the infield care center while others have been transported to a nearby hospital. We will monitor the situation closely with local authorities, and work with them to provide updates.”