Unfortunately, his left turn blinker was on for the whole run. Just kidding! It was his right blinker. 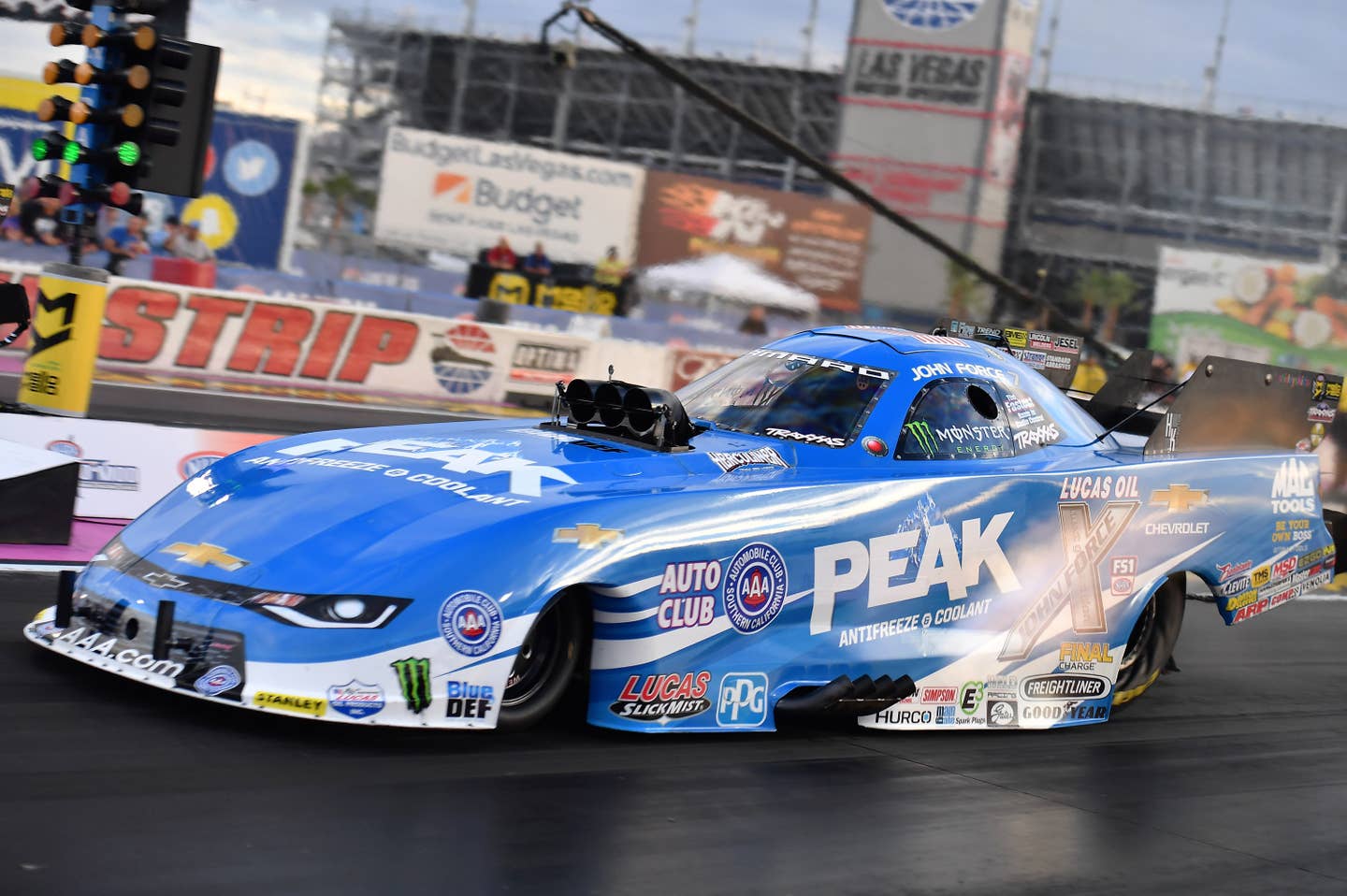 At an age when most of us are busy shouting “Get off my lawn!” at young whippersnappers, NHRA Funny Car racer John Force is going faster than ever. He cranked out a pass during Friday qualifying at the Toyota Nationals at the Strip at Las Vegas Motor Speedway at 331.94 mph, a track record.

And it’s also the fastest Force, a 16-time champion, has ever gone.

“I love it. This Chevrolet Camaro body is really fast. It ran 331 mph and I don’t even know if the dragsters ran that fast. I’m still learning the visual with this Camaro. We are going to fight to win this race and then we are going to fight to win Pomona,” he said, Pomona being the last race of the season. And for the record, none of the Top Fuel dragsters came close to his 331.94 mph.

Despite his record top speed, Force was only the number two qualifier, as Matt Hagan had a slower speed but a faster elapsed time by .004 seconds, also a track record.