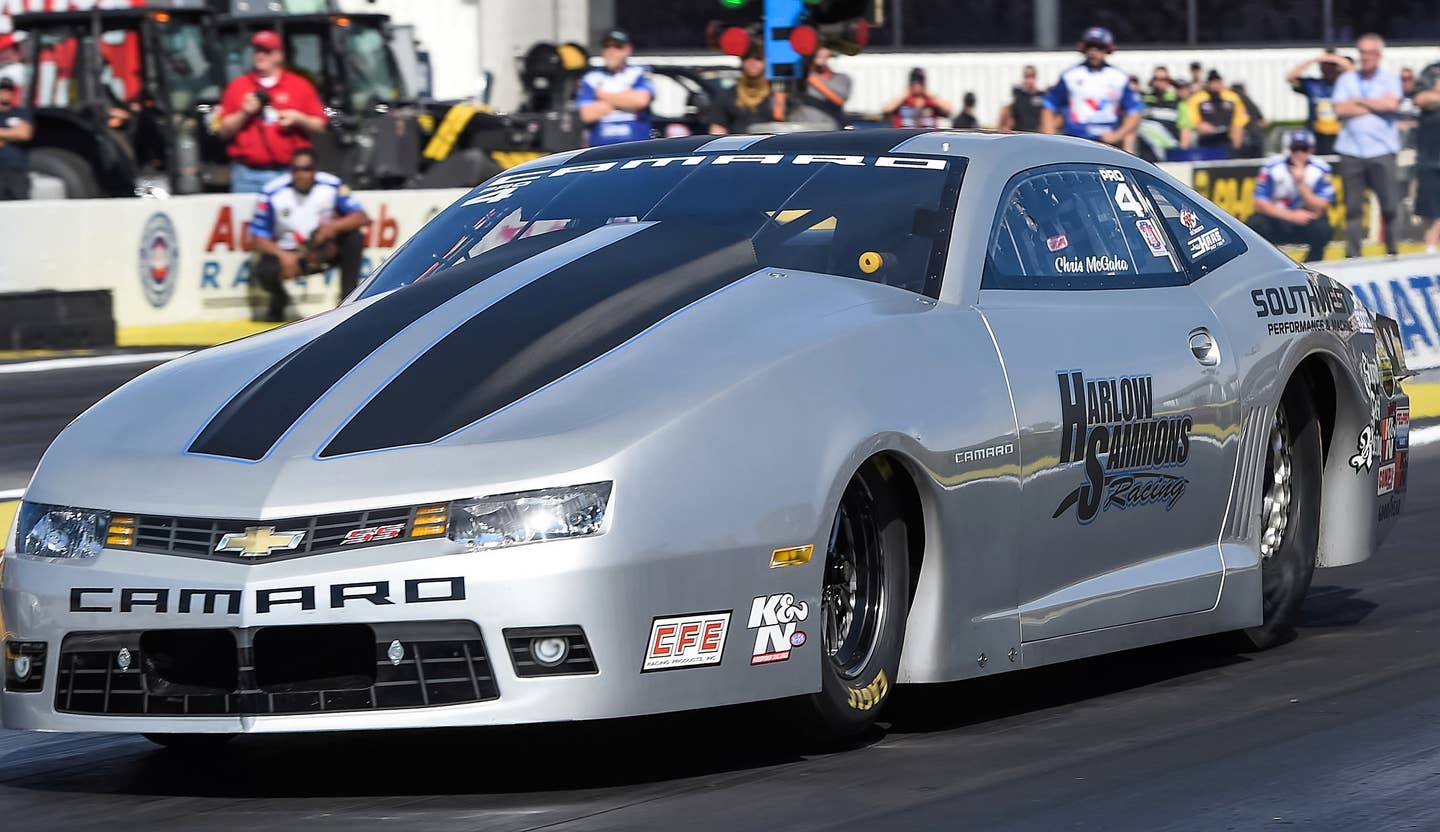 There are plenty of drag races the competitors want to win – Pomona, Charlotte, Gainesville, Englishtown – but just as winning the Daytona 500 can make your whole season in NASCAR Sprint Cup, a win at the U.S. Nationals in Indianapolis makes your NHRA season a success, no matter what happens at the other races.

So consider it a successful season for Andrew Hines (Pro Stock Motorcycle), Tony Schumacher (Top Fuel), Matt Hagan (Funny Car) and dark horse Chris McGaha (in photo), who had never even won a round at Indy before Monday’s victory in Pro Stock.

Hagan and Schumacher both race out of the Don Schumacher stable – Don is Tony’s father – one more confirmation that the Schumacher cars, built by the team that is built by the man who got rich building battery chargers, is the most dominant in all of drag racing. Schumacher has eight teams, and helps out additional racers.

Tony Schumacher’s win gives him the most ever at the U.S. Nationals, breaking the record held by Bob Glidden.

For the record, Schumacher just edged out a resurgent Steve Torrence; Hagan beat Del Worsham in a hole shot; McGaha beat Allen Johnson, though Johnson came into the final round with a record of nine wins to McGaha’s two when the pair had faced off previously. And in Motorcycle, Hines’ Harley took out Hector Arana, Jr.’s Buell when Arana red-lighted at the tree.

Indy marked the finale in the NHRA’s 18-race regular season, and helped set the 10-driver field in the top four Pro classes for the “Countdown to the Championship,” a six-race elimination bout that ends with crowing the season champions at Pomona November 13.

For the record, drag racing has a higher participation of female drivers than other forms of motorsports – of the 40 championship-eligible racers, six are women.