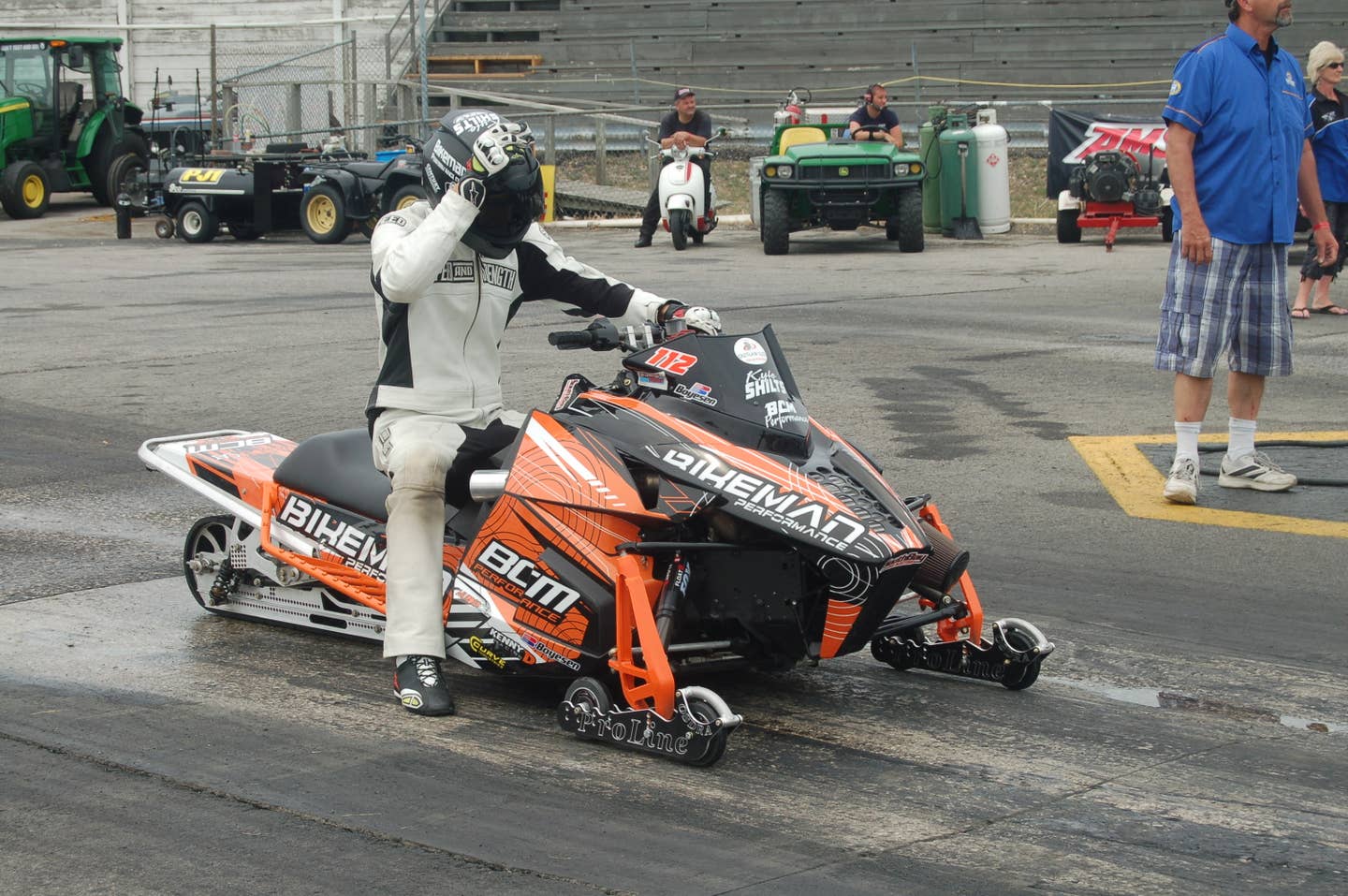 There's a small cadre of snowmobile enthusiasts in the northern U.S. and southern Canada who prefer not to wait for snow. They've outfitted snowmobiles into machines that compete in the Outlaw Sled Drag Racing Association, which had about 15 sleds at the IHRA Mopar Canadian Nationals at the Grand Bend Motorplex in Toronto.

The snowmobiles on steroids are driven by a rubber belt, but where you'd have skis up front, there are four small wheels, two each side. The engines are substantially modified and usually turbocharged. The speeds are remarkable – the fastest speed was 152.85 mph by Dave Marshall of Preswood, Ontario – and that's in a one-eighth mile.

Among the Americans racing was Chris Hemirich of Troy, Michigan, on a 1200cc, 2015 Ski Doo. How much horsepower?

"Around 650," he said. Hemirich said he figured the entry list at Grand Bend was about three-quarters of the outlaw sleds in the area.