Perez is the first driver since Ricciardo to make it multiple seasons alongside Verstappen. 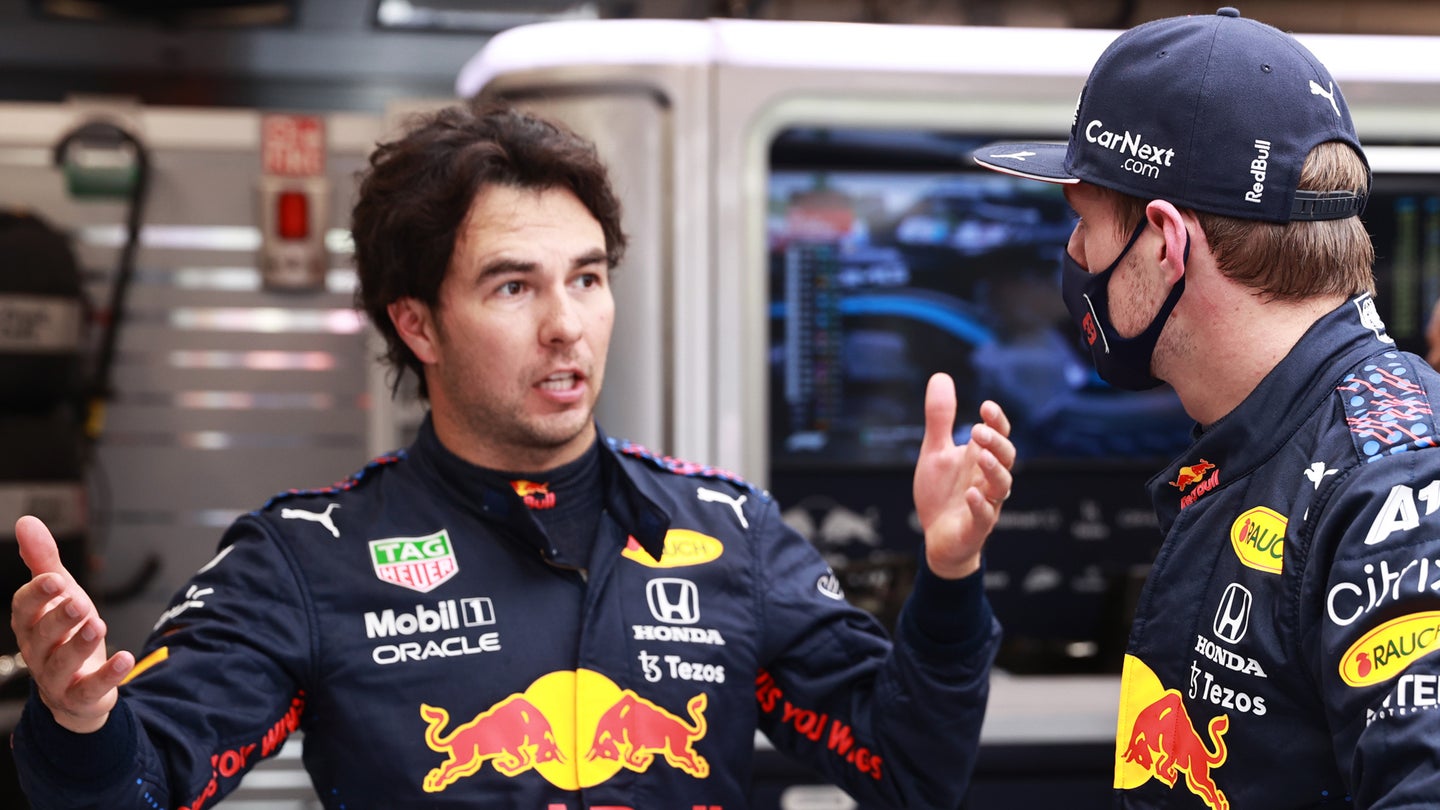 Sergio Perez has done two things this year that his predecessors couldn't: win a race in the second Red Bull seat and get re-signed for a second season only halfway through his first. When Perez signed to Red Bull, it was the only seat available for him and it came after he'd finished what might have otherwise been his final season in Formula One.

The second seat at Red Bull has been a bit of a poisoned chalice to the drivers who've found themselves in it. Pierre Gasly massively overperformed while he was at Toro Rosso, only to seem helplessly lost at Red Bull. Then, the driver who replaced him, Alex Albon, found himself on the sharp side of the garage and with fading hopes of keeping his seat. Perez has managed to hold off any attempt by either of them to get back in, signing another year's contract to keep him there for 2022.

Perez has had a mixed season, which handily included taking his second Grand Prix win in Azerbaijan after teammate Max Verstappen's tire exploded. He's had a fair amount of raw bad luck, too, including getting collected in the multi-car crash at the Hungarian Grand Prix, leaving his second Honda power unit of the year "completely destroyed."

Meanwhile, Albon took a win in DTM, the German touring car series he's been relegated to. Gasly shared the glory with Perez in Baku by dragging his Alpha Tauri to a third-place finish, as well as summarily demolishing teammate Yuki Tsunoda across the first 11 races.

Neither was able to convince the Red Bull powers-that-be (which is to say, Christian Horner and Helmut Marko) that they'd be doing a better wingman job in the top team than Perez is, however. The immensely likable veteran is staying on in the seat he's proven to be the most effective driver since Daniel Ricciardo in. Maybe even more effective, since he and Verstappen have never even risked hitting each other on track.

There's a huge rule change coming for 2022, so F1 teams are leaning towards stability in their driver lineups in any case. But even if it's only a year's contract, it's another step along the way to Checo achieving his dad's prediction of being world champion in 2024.

Got a story tip? Tell us on tips@thedrive.com

Save $15 right now on the most popular racing game in the world—for Playstation and Xbox.

F1 Cars Don’t Like Rally Stages, But This Pro Sim Racer Made It Work Anyway

It completed the stage nearly two minutes quicker than a Lancia Group B car.