How a Simple Four-Way Stop Turns Into a Bloodbath

A drunk driver puts the “Tank Theory” to the test. 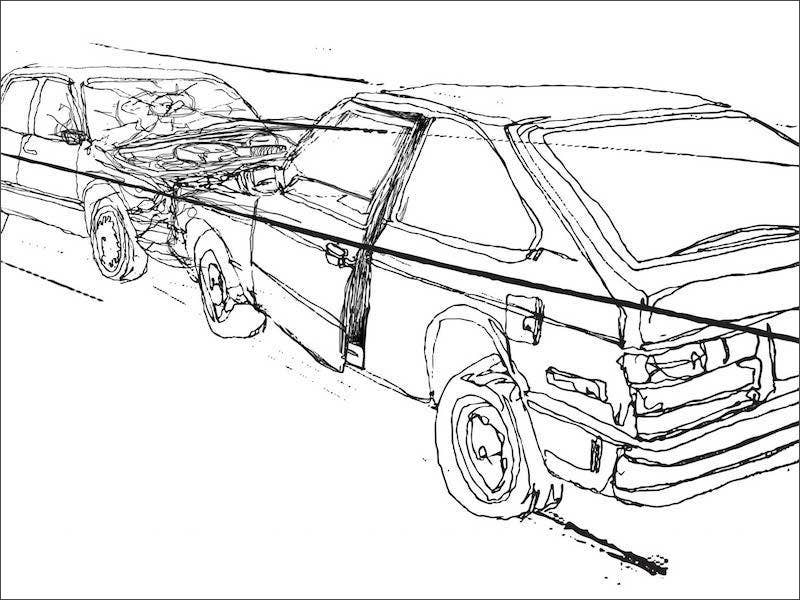 The Crash: Why the Chevy Celebrity? My father subscribed to what he called the “Tank Theory,” positing that a heavier car stood a greater chance of “winning” a crash. My father’s hunch was not inaccurate. The Celebrity weighed 2,701 lbs—just a couple hundred more than the Honda Accord that blitzed through a four-way intersection and nailed me head-on one late spring night in New Hampshire. I’d just finished rehearsals for Our Town (I played the town cop, naturally), and was en route to Friendly’s for a coffee with my girlfriend, who always fiddled with her seatbelt latch. As we were approaching the four-way, I remember braking—decelerating to probably 20 mph—and seeing a flash of headlights right in front of me. Then a tense, hissing silence.

The Damage: The Celebrity was on the wrong side of the Airbag Era. So while the seatbelt stopped me, the top of my head crushed the steering column. When I looked up, the hood was flipped back onto the windshield. The fog of coolant seeped through the vents. My girlfriend’s head smashed the windshield, and despite a very scary-looking scalp gash, she was basically O.K.

The driver of the Accord, a woman named Penny, was not so lucky. She was drunk, which explains how she botched a simple four-way stop on a clear night. After burying the nose of her Honda into my Chevy, she managed to crawl out of her driver’s side window and run into the woods. The police arrived and found her nearby—a fatality.