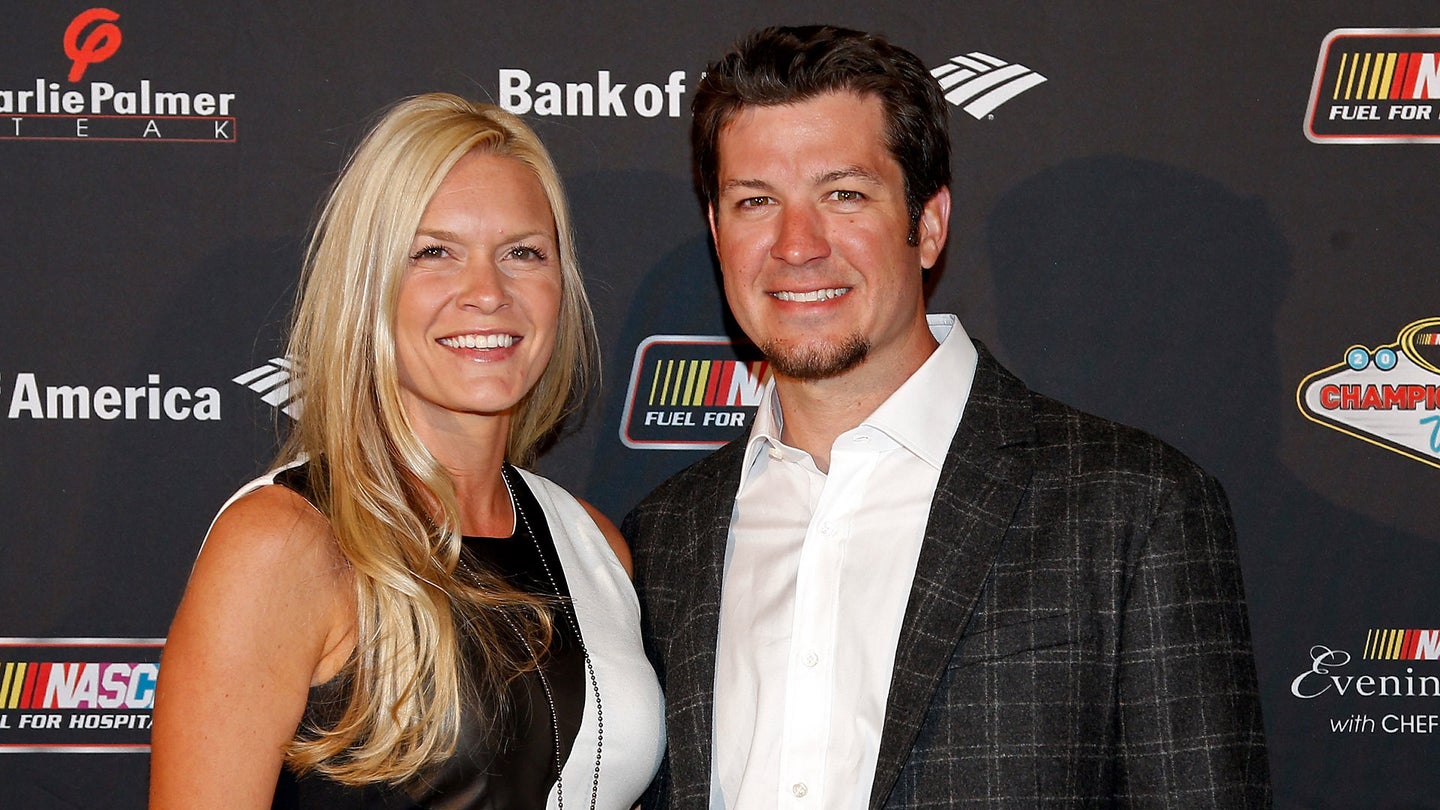 It was one of the good-news stories of 2018: Sherry Pollex, entrepreneur and longtime partner of 2017 NASCAR Cup Champion Martin Truex, Jr., had finally finished her months-long course of chemotherapy for ovarian cancer. But, she cautioned in an interview with Southern Living, “My cancer tends to be very smart, so it learns to mutate itself against the drug. So, we're hoping it doesn't do that this time."

Just before Christmas, it did. It was back. But Pollex is a fighter, going into surgery to remove three more tumors in mid-December. Thankfully it was a success, and Pollex tweeted that she was able to go home last Monday and spend the holidays recovering with her family.

A little about Sherry Pollex from her SherryStrong.org bio: "At 35, Sherry was diagnosed with stage three ovarian cancer and doctors estimated that her chance of survival was less than 30 percent within 5 years. She underwent a radical hysterectomy, debulking surgery and 17 months of chemotherapy." That's a horrific thing to endure. But in response, Pollex started SherryStrong.org to help women learn the early symptoms of ovarian cancer and explore "integrative and holistic practices" that can help improve cancer patients' quality of life alongside traditional treatments. Pollex is 41 now.

"My hope is that when other patients come in, there is this healing energy and peacefulness that comes over them. This isn’t a hospital," she said at the time. "This is a place to come to get well and feel well. This is a place of hope."

On December 18, Pollex tweeted that she would be returning to the hospital for more surgery after the cancer returned. “Here I am going to battle again. Praying my doctors can remove all of the disease so I can start chemo again soon & be out there fighting for all of you soon.”

Three days later, the good news came: “Thank you for the outpouring of support. My surgery was successful, they were able to remove the three visible tumors. I am SO grateful for my amazing doctors, nurses and of course my family and friends.” The post drew tens of thousands of likes across social media.

“So happy to be recovering at home now! Thank you to everyone that has sent texts, dropped off meals, sent flowers, prayed for us. I am in awe of this community. I have a long road ahead of me, but I’m ready.”

She’s a warrior, and has the entire NASCAR community behind her. It may be a long road, but she won’t be traveling it alone.

Stewart’s been spotted at quite a few NHRA events this year. Now we know why.

COTA Will Host NASCAR Tripleheader of Cup, Xfinity, and Trucks Series in May 2021

Everything’s bigger in Texas, including the NASCAR race weekends.