Keep an eye on this kid. 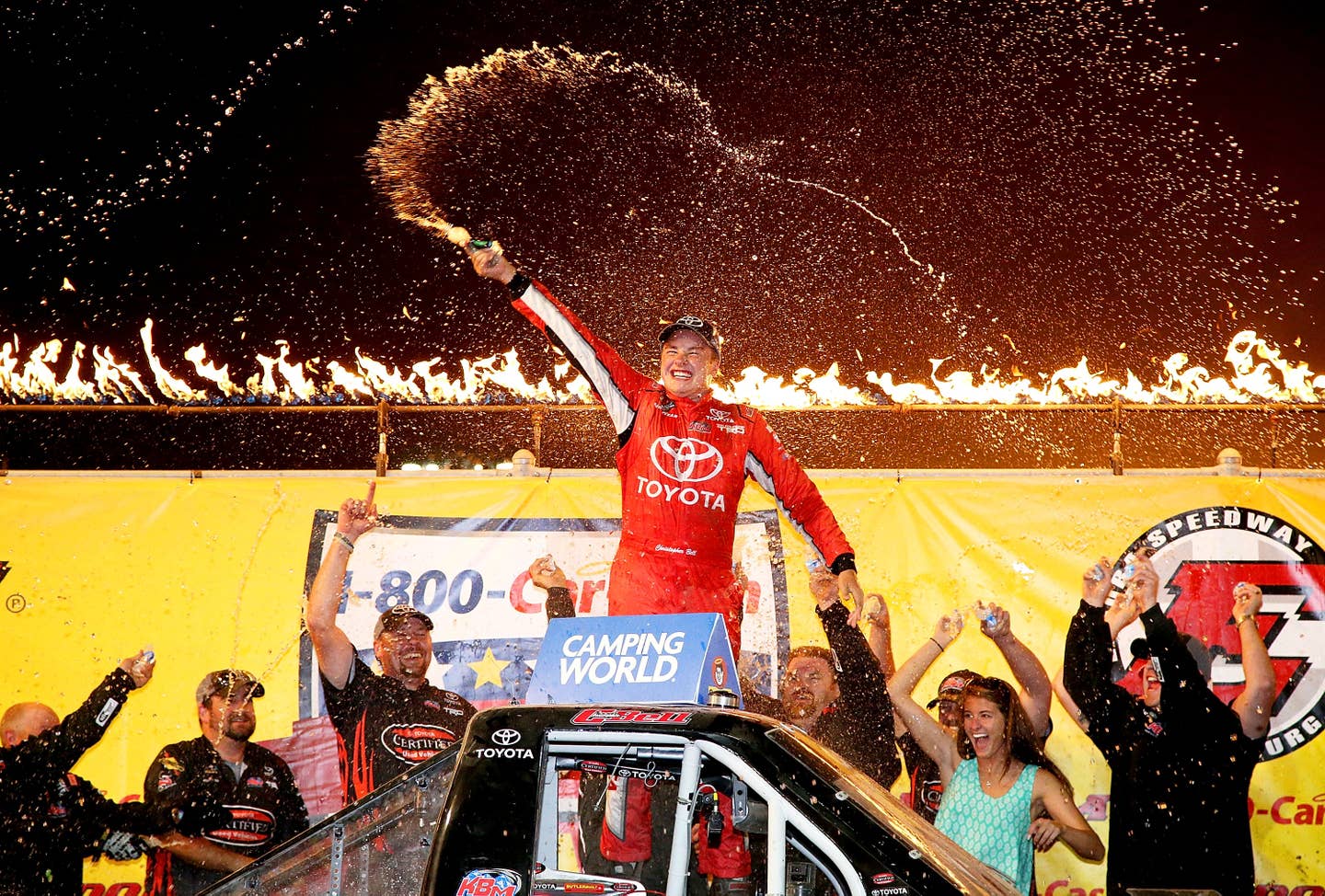 Christopher Bell is the latest of the well-financed young guns to pick up a victory in an ARCA race, winning the Kentuckiana Ford Dealers ARCA 200 Sunday afternoon at legendary Salem Speedway in Indiana.

That photo up there, though, is from Bell’s win in the NASCAR Camping World Truck Series event at Eldora Speedway, since ARCA doesn’t seem to have to budget to, you know, have somebody take a few photos with an iPhone and post them to the web site.

Except for this photo down here, which we are told is Christopher Bell, though it really could be anybody.

We mention his victory at Salem, a short track, because it’s proof that Bell is getting closer to learning his way around a paved oval. No question he knows how to drive on dirt, and no question he is the master of open-wheel rides like sprint cars and midgets, but he is learning, and will get better, and may be the next NASCAR superstar.

He’s the most promising racer from the dirt-track ranks since Kyle Larson, and since he is hooked up with Kyle Busch Motorsports, you can bet Bell is getting the best equipment – like his Venturini Motorsports-prepared ARCA Toyota Camry.

At least he had to work for the win in his ARCA debut, holding off second-place Justin Haley, and dealing with an engine that wasn’t making full power. “It was all I had over the last few laps – there was no saving it. It was harder than I wanted to run but that's what we had to do. This one is really special to me. This place is legendary – a lot like Winchester, but rougher.”

Bell, 21, will be racing in a variety of series the rest of the season. Keep an eye on him – soon we won’t need a photo to remember what he looks like.