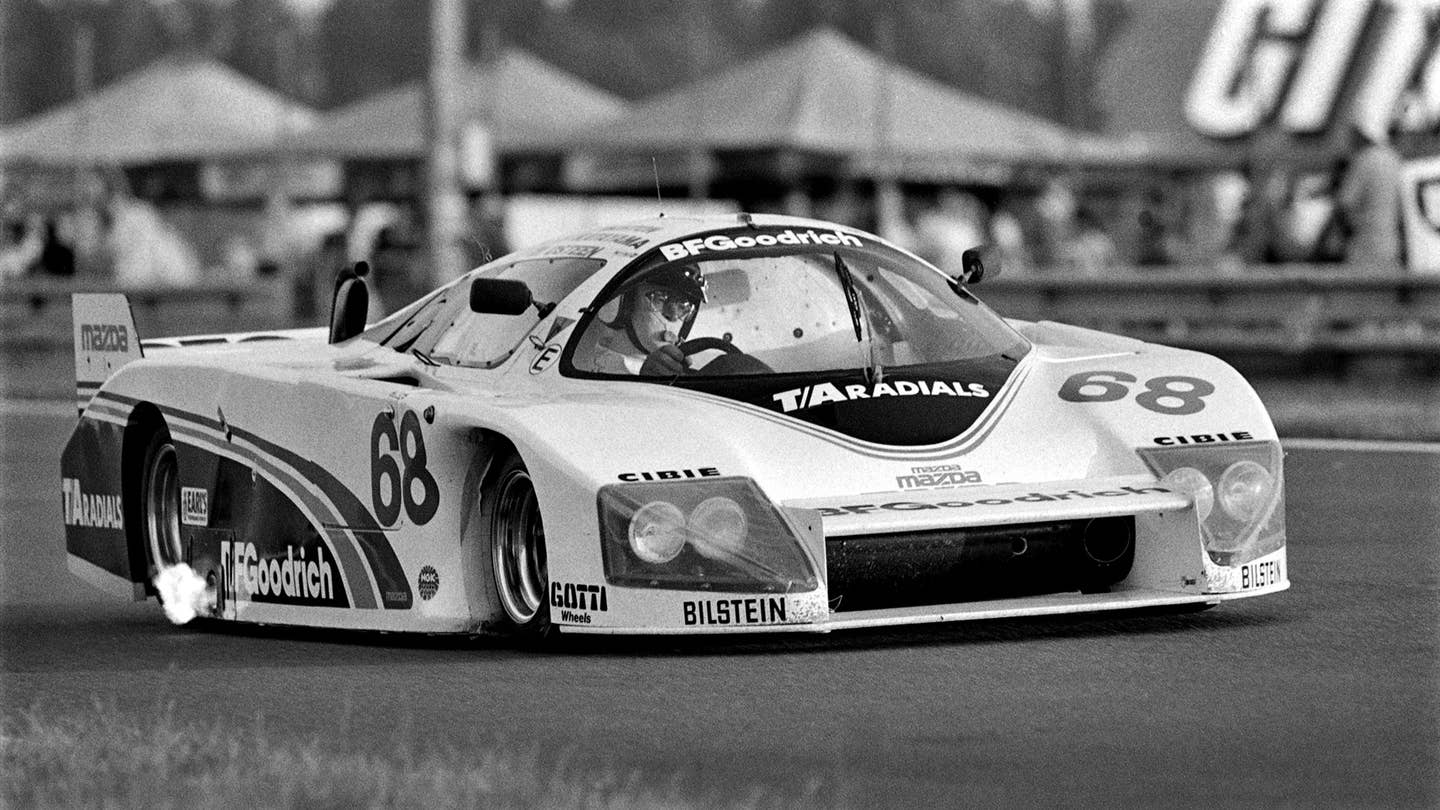 Twenty-five years ago, Mazda's 787b screamed across the line in France in first place. Behind it, a searing wail that would echo through history. He wasn't at the wheel, but you could have laid the laurels at the feet of Yoshimi Katayama, Mazda's veteran factory driver. He passed away this spring, at the age of seventy-five.

No hero stands alone at Le Mans. Every grueling win represents the tip of an iceberg's worth of human effort, the engineers, the mechanics, the countless man-hours of racing development. Every driver who takes to the podium sets a foot on the shoulders of giants. For Mazda's championship-winning 1991 team, that giant was Katayama.

Born near Osaka, Katayama found an early thirst for speed in motorcycle racing. As a young apprentice mechanic he slept in a bike shop in the shadow of Mount Rokko and spent every early morning screaming up the mountain road. Awake with the smell of oil and gasoline in your nose. Breakfast on speed. Stand atop the mountain with your breath hanging in the air, an empty belly and a full heart.

Katayama would have some success as a motorcycle racer, placing second at the '67 running of the Isle of Man TT. By this point he was already signed on with Mazda as a factory driver. When the rotary engine took its first steps out on the racing circuit at the Nürburgring 84 hours, Katayama was at the wheel of one of the two Cosmo Sports fielded.

In 1972, Katayama's Savanna RX-3 handed the Nissan GT-R its first touring car defeat in ages. The legendaryhakosuka was denied a fiftieth victory, blocked by the plucky underdogs from Hiroshima. He continued posting victories in endurance racing, giving the RX-7 a class win at the 1979 24 Hours of Daytona, its first racing event.

Katayama would continue racing Mazda's rotary-powered machines right up until 1990. At the age of fifty, he was a tough and leathery old veteran, smoke-cured by the constant cigarettes. He honed the rotary to a razor sharpness - its greatest racing victory belongs as much to him as to the drivers at the wheel that day. Mazda rewarded his loyalty by continuing to let him race well past his prime, and he never drove for anyone else. He was a samurai, bound to the house of Mazda. We honor his passing.