F1 Driver Horrifies His Fiancé in an 800-hp Stock Car

‘Til death, or one particularly vicious doughnut, do us part. 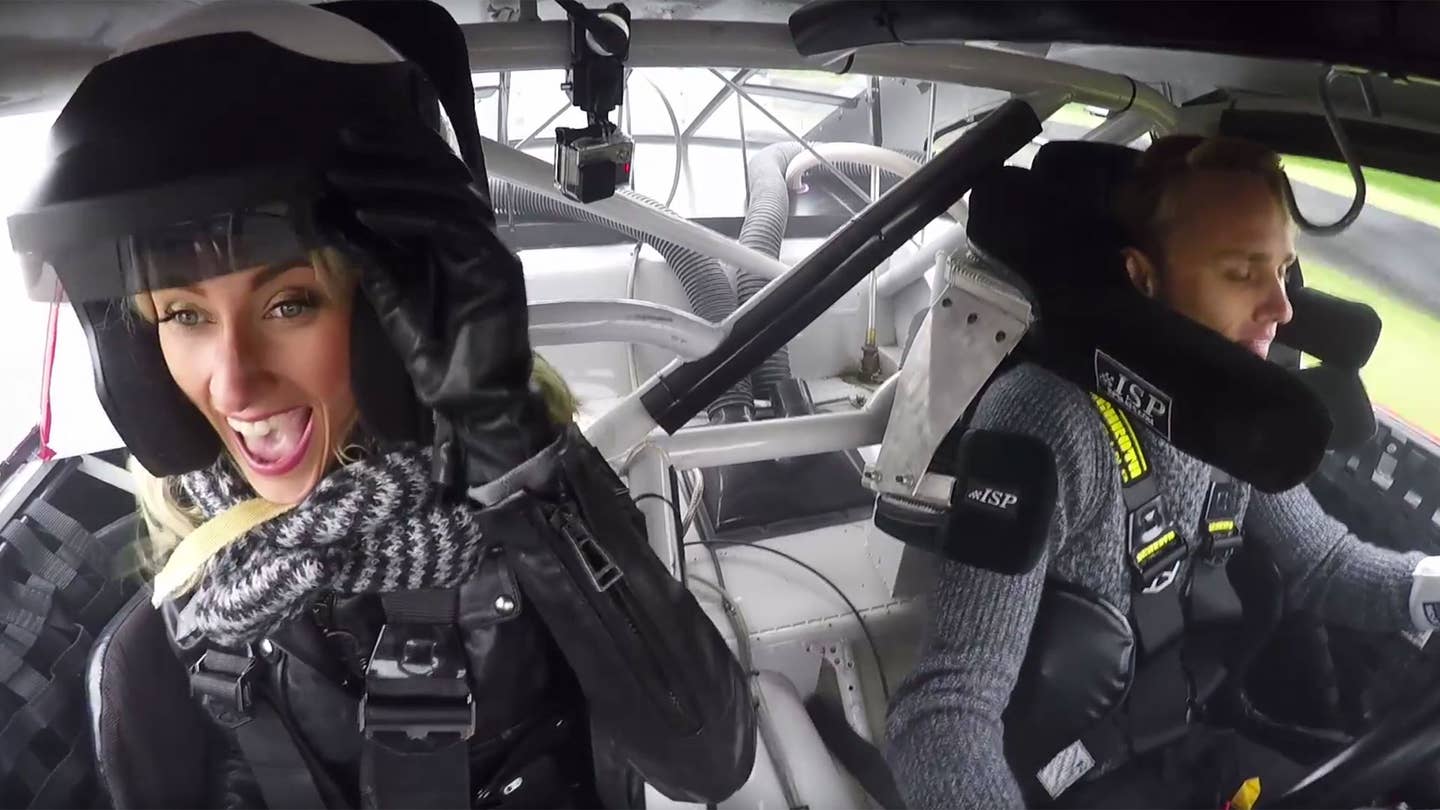 Every year, Formula One drivers congregate at the Goodwood Motor Circuit, also home to the Goodwood Festival of Speed. It's called the Members' Meeting, and it's much, much cooler than any corporate retreat you've ever been on, because besides being held on the grounds of a British manor, the place is littered with some of the coolest race cars on the planet. That's how British Indycar driver Max Chilton got his hands on Jamie McMurray's old Chevrolet SS stock car, which, though retired, still boasts a vigorous 800 horsepower. That American Gorilla—stilled wrapped in its America-as-deep-fried-apple-pie McDonald's livery—was the vehicle Chilton chose for his new fiancé's first ride in a racing car.

Chloe Roberts is slender, blonde, and apparently a very good sport. Despite the shock of an American V8 straight to ears, nose, and whatever bones in the ear are responsible for equilibrium, Roberts took being swung around through a cloud of tire smoke pretty well. Except for that one part.