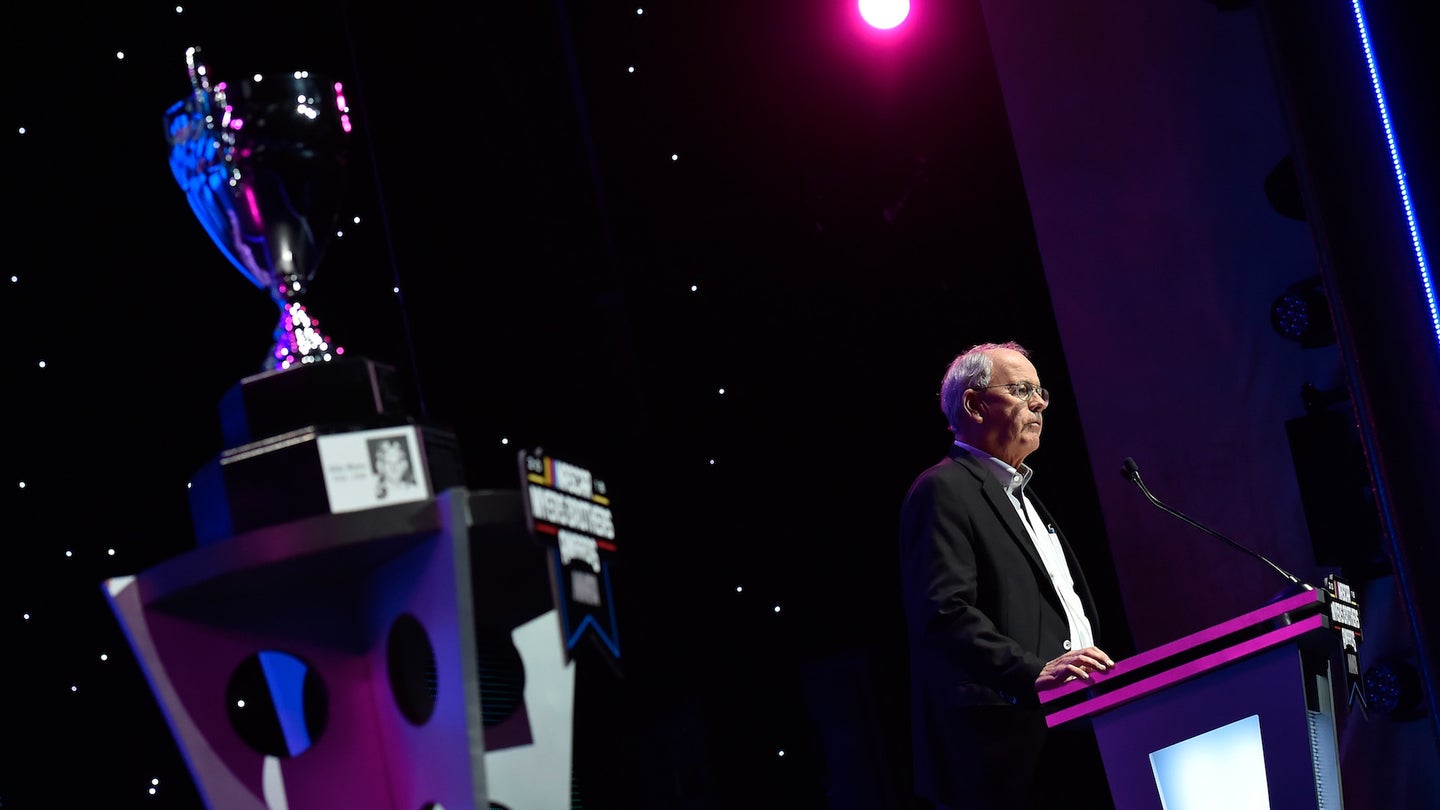 NASCAR Chairman and CEO and International Speedway Corporation CEO Jim France was the recipient of the 2018 Myers Brothers Award, presented by the National Motorsports Press Association during the annual Myers Brothers Awards on Wednesday in Las Vegas.

“Thank you to the NMPA,” France said during his acceptance speech. “In the summer between 1950 and 1951, I grew up in the pits at Bowman Gray Stadium with Billy and Bobby [Myers] racing there every weekend. At 11 years old, Billy Myers was my favorite driver and he carried the No. 4 on the sides of his race car so that became my favorite number. To receive this honor in their names is very special.”

The Myers Brothers Award recognizes contributions to stock car racing. It has been awarded each year since 1958, and recipients are voted on by the NMPA membership.

France assumed the role of NASCAR Chairman and CEO in August upon the arrest of his nephew, Brian France, for DWI and drug possession. Brian has since taken an indefinite leave of absence. Jim France previously was an advisor to his nephew.

“I’ve had the opportunity the last part of this season to spend a lot of time again in the garage area and the pits of our racing series,” Jim France said. "To pass on an observation, from the 1950s' pits at Bowman Gray Stadium to the Monster Energy Series pits of 2018, the NASCAR spirit and the competitive spirit of the drivers and teams is alive and well and I’m proud to be a part of it.”

As a son of NASCAR founder Bill France Sr., Jim France has worked in NASCAR for nearly 60 years, from selling tickets, race programs, and concessions at Daytona International Speedway as a minor to holding administrative roles with NASCAR and ISC. He is credited with forming the Grand American Road Racing Association in 1999.

Several other awards were presented during the Myers Brothers event, including Sunoco Rookie of the Year to William Byron and Champion Crew Chief Award to Todd Gordon, crew chief for 2018 NASCAR Cup Series champion Joey Logano. Logano’s sponsor, Shell Pennzoil, was recognized with the Champion Sponsor Award. Logano was heavily-decorated as the new Cup Series champion, receiving the Goodyear Tire and Rubber Company Award and the Sunoco Diamond Performance Award.