The hole Kyle Larson needs to climb out of to advance in the 2018 playoffs continues to be a big one. 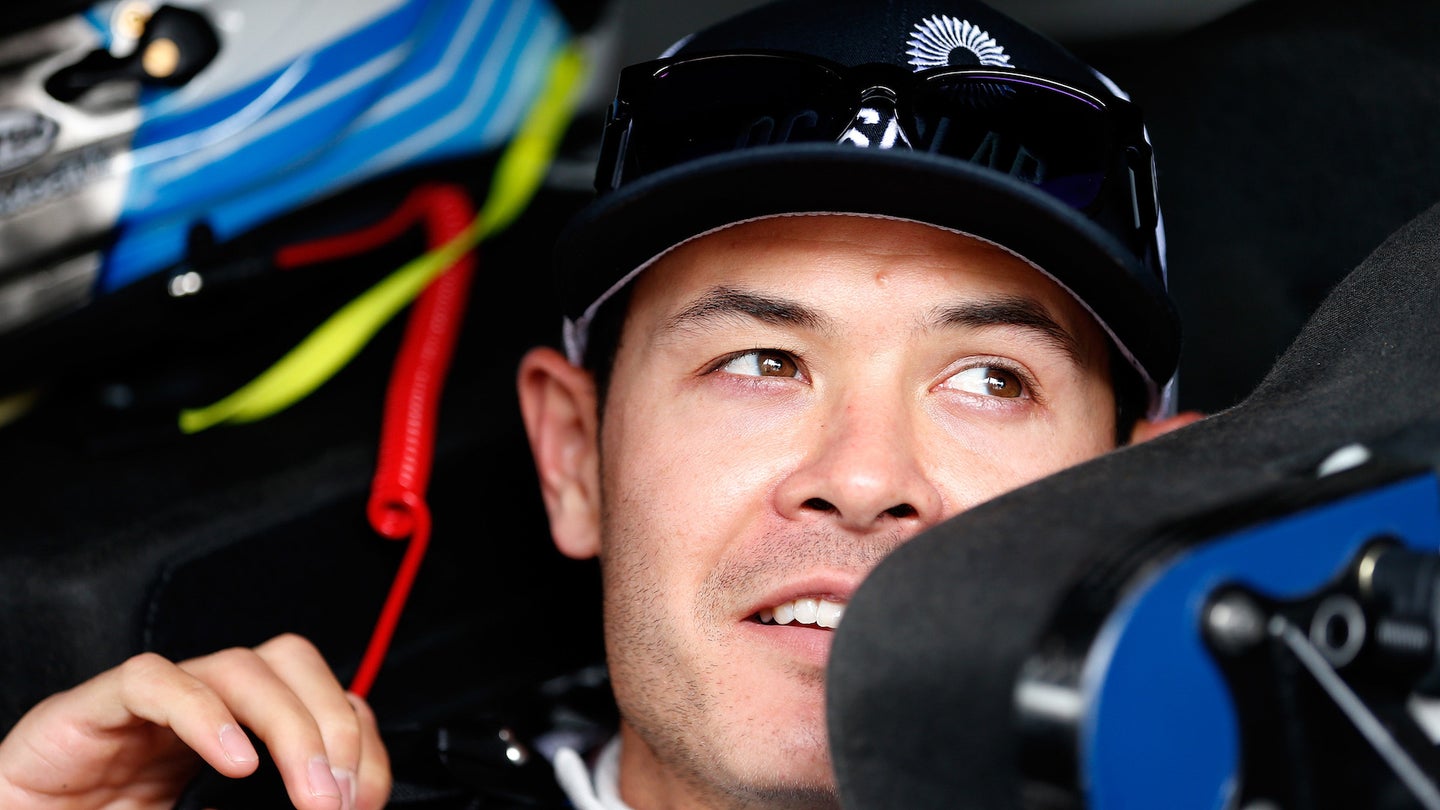 NASCAR docked Larson and the race team 10 driver and 10 owner points, respectively, because the racing sanctioning body decided the team violated section 10.9.9.d of its 2018 rulebook, which states, “Damaged vehicle repair, regardless of how the damage occurred, is permitted to have original body parts removed or reattached in their original location with fasteners and/or tape only.” In a post-race inspection after the 1000Bulbs.com 500 at Talladega Superspeedway in Alabama on Oct. 14, NASCAR officials determined that the No. 42 team used metal fasteners to repair crash damage sustained during the race. Larson finished 11th in the race.

“After reviewing the penalty, the rule and the procedure that we used during the race in Talladega, we feel strongly that we did nothing wrong,” a statement from the race team read. “Subsequently, we have decided to appeal the penalty. Despite going through the appeal process, we will do everything in our power to keep our team focused on the race this weekend in Kansas and the balance of the season."

Other penalties from the rules infraction include a $25,000 fine for crew chief Chad Johnston and a one-race suspension for car chief David Bryant. Penalties were announced Wednesday.

The NASCAR penalty appeals process usually doesn’t move so swiftly. But Sunday’s Hollywood Casino 400 at Kansas Speedway is an elimination race in the 2018 playoffs, and Larson’s points penalty may affect who advances to round three and who doesn’t. Eight of the remaining 12 playoff drivers will advance to the next round after the Kansas race. With his 10-point penalty factored into his total, Larson heads into Sunday’s race 36 points out of an advancing position.

"I don't know much about the appeals stuff," Larson said Friday after practice at Kansas. "I kind of just drive the race car. Obviously, a 10-point penalty doesn't help, but I felt like with even being 26 points back, we were going to probably have to go into this week and get a win to make it into the next round. It doesn't really mean much to me, the other 10 points. I viewed it before as we had to come in here and win."

A win at Kansas would secure Larson's playoff advancement. If CGR’s next appeal isn’t heard Friday evening, it’s expected to be heard and decided upon before Sunday’s race.