Teammates Lucas di Grassi and Daniel Abt made it an Audi Sport 2-3 finish. 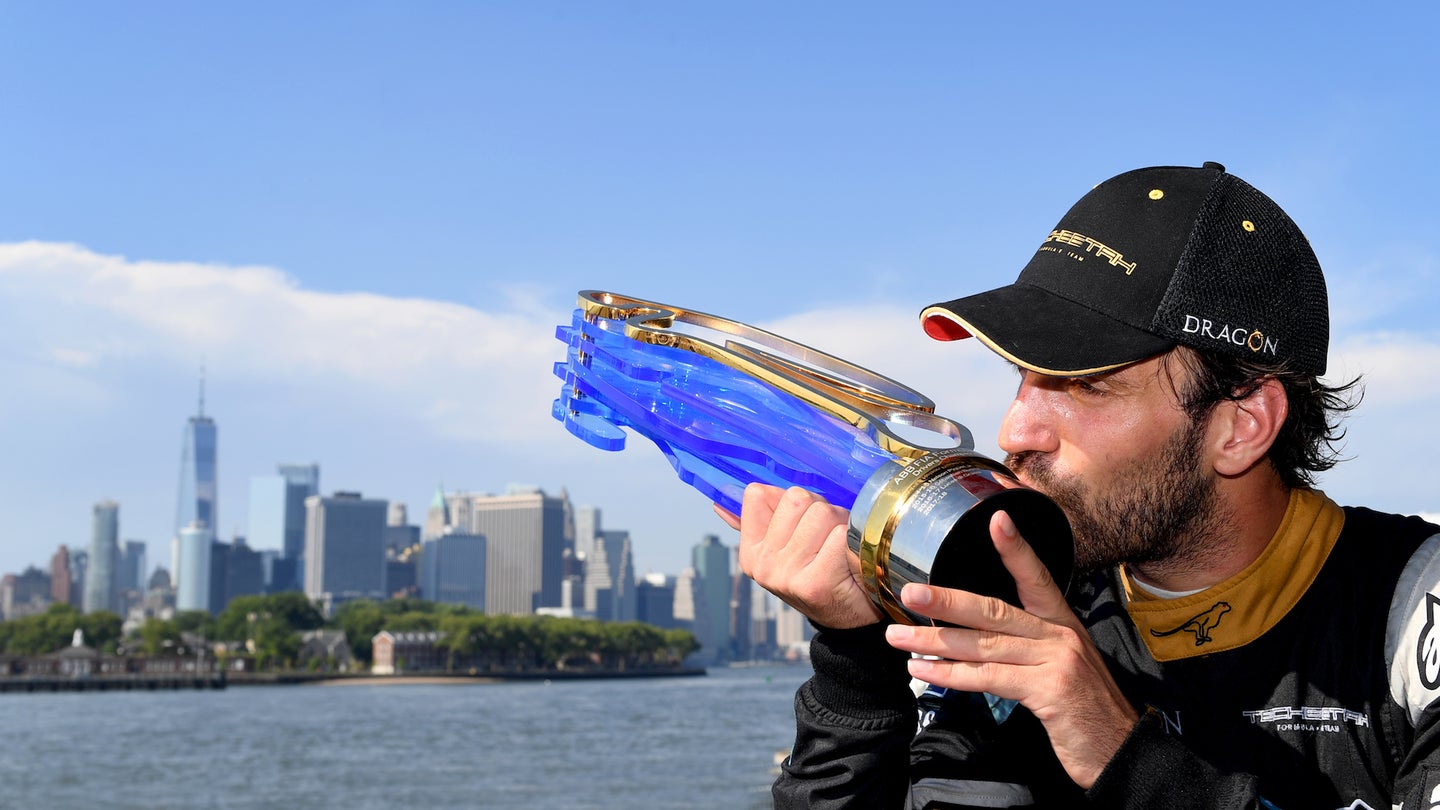 Techeetah's Jean-Eric Vergne, who clinched the Formula E world championship during Saturday's first of two races, climbed to the top step of the podium after driving his electric racer to victory lane on the streets of Brooklyn.

Thunderstorms and overcast conditions prevailed in the area during most of the morning, but the relatively damp track conditions didn't stop the Frenchman from making a lightning start from the third place on the grid. Vergne jumped pole-sitter Sebastian Buemi at the start as well as his teammate Andre Lotterer by lining up alongside them on the main straight and braking late and deep into turn one.

Unfortunately, and despite not getting the best of starts, Lotterer was deemed to have jumped the start of the race and was handed a 10-place penalty which saw his chances of finishing on the podium completely destroyed, much like Techeetah's hopes of clinching the constructors' championship.

After it was all said and done, the Frenchman picked up his fourth victory of the season after fending off a hard-charging and outgoing title-winner Lucas di Grassi who pressured him in the late stages of the race and until the checkered flag dropped.

“I want to congratulate my team for the job they’ve done this year because honestly, it’s really amazing," said Vergne. "This weekend started out with a mistake in qualifying that got me disqualified. I came back through the field—attacking very hard and overtaking many cars. Today qualifying went pretty well in the wet. Then I had a strong, aggressive, start and then I was able to manage the race, which was very tough as we all know Audi is really, really quick in the race. No mistakes were allowed on my side and I think I’ve achieved that.”

Now Vergne is free to celebrate becoming the fourth Formula E champion in as many seasons, and take some time off until all racing activities resume when season five kicks off in Saudi Arabia on Dec. 15.