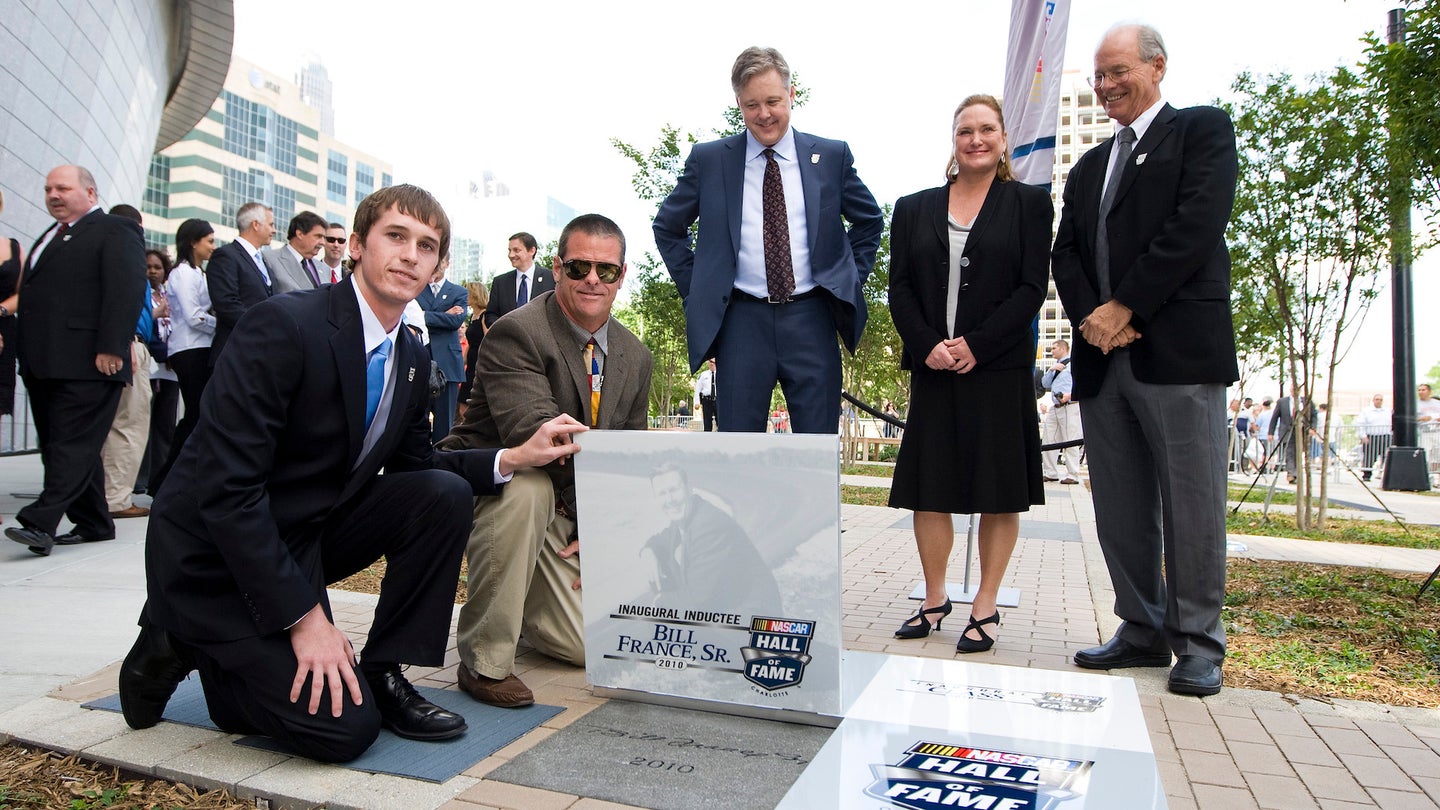 The France family, the first family of NASCAR, will receive the Cameron R. Argetsinger Award from the International Motor Racing Research Center during a gala in Corning, N.Y., on June 28. The event will be held ahead of this year's six-hour IMSA race at Watkins Glen International. The award, named for the founder of road racing in Watkins Glen, was established to recognize outstanding contributions to motorsports.

NASCAR Chairman and CEO Brian France represents the third generation of the family to run the stock car series, following his grandfather and NASCAR founder Bill Sr. as well as his father Bill Jr. Meanwhile, Brian's sister Lesa France Kennedy is the CEO of the International Speedway Corporation and Vice Chairperson of NASCAR. Other members of the family can be found throughout motorsport including Jim France and Lesa's son Ben who heads NASCAR's Camping World Truck Series.

“Jim France and the France family have played unmatched roles in the development of many forms of motorsport, but especially IMSA since its beginning in 1969,” IMSA President Scott Atherton said, according to a Motorsport.com article. “Their tireless efforts and willingness to invest through the years have made IMSA what it is today. As we head into our 50th anniversary in 2019, we look forward to their continued leadership and contributions to the sport.”

The France family is set to become the fifth recipient of the award. Since its inception in 2014, the Cameron R. Argetsinger Award has been presented to Chip Ganassi, Richard Petty, Roger Penske, and Mario Andretti.