Ferrari appears to be rolling away with the championship, with Sebastian Vettel at the helm. 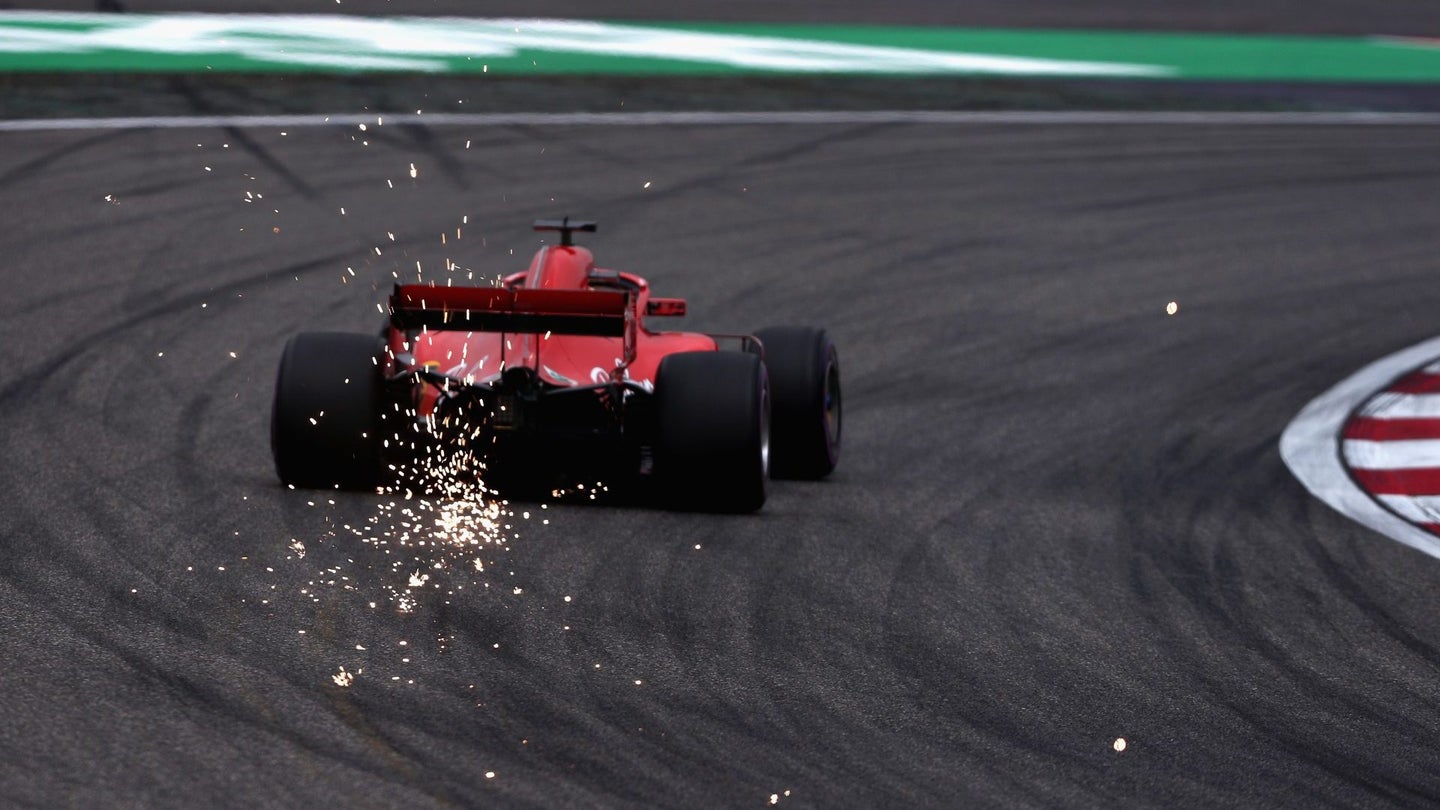 Qualifying for the Chinese Grand Prix was expected by many to favor Mercedes' Lewis Hamilton, whose pace led in Friday's free practice sessions. Rather than repeating Australia's qualifying outcome, China went the way of Bahrain, and saw success for Ferrari instead of Mercedes.

Kimi Räikkönen appeared again to edge his teammate Sebastian Vettel throughout the weekend, up until the final laps were driven in Q3 Saturday, when Vettel slipped past Räikkönen for the first spot on the grid by 0.087 seconds. Aft of the Scuderia's drivers are those of Mercedes, with Valtteri Bottas out-qualifying Lewis Hamilton by precisely a twentieth of a second. Row three is occupied by Red Bull Racing's Max Verstappen and Daniel Ricciardo, in that order.

Verstappen was fortunate to dodge a penalty for a transmission change, the likes of which jeopardized Hamilton's race last weekend in Bahrain. Ricciardo's turbocharger grenaded itself during Saturday's sole practice session, and team mechanics patched the car together just in time for the Aussie to exit his garage with a flourish of a slide in Q1. The one lap Ricciardo laid down was strong enough to secure him passage into Q2, and later, Q3.

Vettel's pole lap of 1:31.095 is the fastest overall lap recorded at Shanghai International Circuit, though Michael Schumacher's 2004 race lap record of 1:32.238 may stand the test of time for another year, should it not fall during Sunday's Grand Prix.

Full qualifying results can be found below.

The Mercedes star quickly got up to speed as Formula 1 action got underway in Shanghai, but Kimi Räikkönen ran him close at the end of day one.