Stewart-Haas Racing appears to be the NASCAR Cup Series team to beat at Texas Motor Speedway. 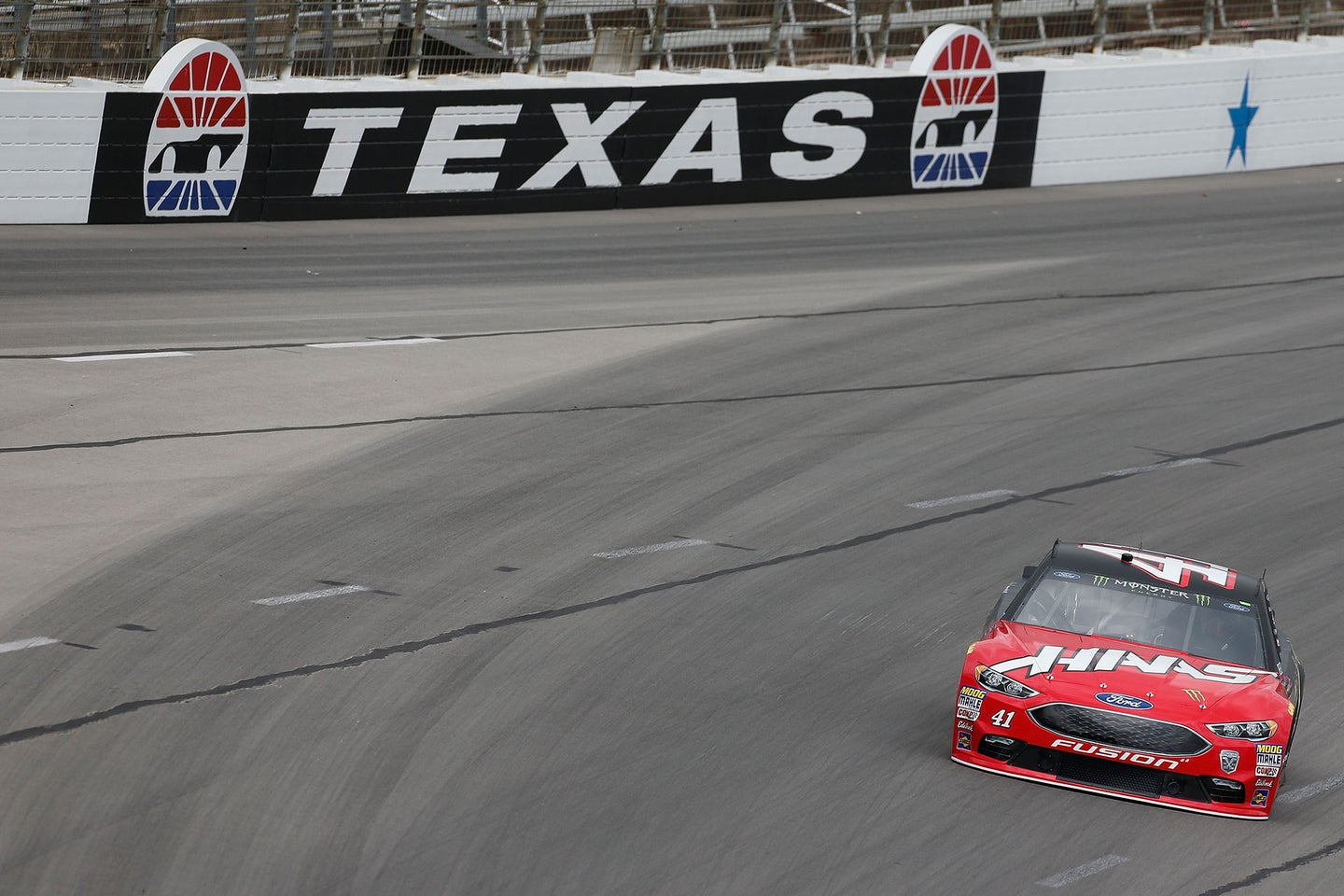 After a short hiatus for the Easter holidays, NASCAR has returned. This stop—Texas. With six races in the history books to date, the 2018 Monster Energy NASCAR Cup Series is in full swing.

As NASCAR Cup engines fire up in the great state of Texas for the O'Reilly Auto Parts 500, the storylines are blossoming like the start of Spring. The climate is unpredictably rising and falling like a driver’s temper battling at every turn on a NASCAR track. No one knows for sure what to expect at a NASCAR Cup race, especially in Spring when a race can be unexpectedly cut short due to weather, but here is somewhat of a forecast of everything you need to know about the first of two races of the season at Texas Motor Speedway.

NASCAR is picking up where it left off before the break when it comes to qualifying. Similar to Martinsville, where practice and qualifying were canceled, pre-race weekend activities were interrupted once again due to weather. Drivers did attempt to qualify, but they only successfully finished one round: The knockout round.

Qualifying was canceled due to weather, but not because of the rain. The threat of lightning near the track terminated all hopes of completing every round of qualifying for the O'Reilly Auto Parts 500 at Texas Motor Speedway.

Last week, it was Martin Truex Jr. who benefited from weather postponements at Martinsville when he took the pole. This race, it was Kurt Busch who was able to grab the pole for Sunday’s contest by being lightning fast during the only round of qualifying before mother nature took over. Busch also won the pole position in November at Texas Motor Speedway with a qualifying record lap of 200.915 miles per hour.

Stewart-Haas Racing is fast at Texas

Kurt Busch may have turned in the fastest lap at 196.200 mph during knockout qualifying, but his teammate Kevin Harvick was not too far behind with the second-fastest lap at 195.943 mph. Clint Bowyer, who won the race at Martinsville and is also part of the Stewart-Haas Racing team, had a best lap of 195.426 mph, which was the third fastest in knockout qualifying. “We kept it in the family, and that’s a good thing for Stewart-Haas Racing,” said Harvick. Stewart-Haas Racing did indeed do just that. And if you were wondering about their teammate Aric Almirola, he finished ninth, turning in a lap of 194.503 mph.

Way back in 2009, Kurt Busch won a Cup race at Texas Motor Speedway, but that was then. The big question is, “Can he win now?” If he leads 49 laps, he will become the 20th driver in NASCAR history to lead at least 9,000 laps in their career. Starting from the pole puts him in position to ride into the history books, but is it realistic to believe he can win from that spot? There have only been three winners who have started and won from the pole position at Texas Motor Speedway. In Spring of 2006, Kasey Kahne did just that, followed by Jimmie Johnson in the Fall of 2012, and Kyle Busch in the Spring of 2013. It’s worth noting between the Cup, Xfinity, and Camping World Series, Kurt Busch’s younger brother Kyle Busch has won 13 times at Texas. Not bad.

Through six Monster Energy NASCAR Cup races, we have seen four winners. Austin Dillon driver of the No. 3 Richard Childress Chevrolet won the season opener at Daytona, followed by Harvick winning three races in a row, and then Truex Jr. returning to his winning form by dominating at Fontana. Bowyer finally put an end to his losing streak and won the only short track race of the season at Martinsville before the Easter break. But who will win at NASCAR’s fastest 1.5-mile track, Texas Motor Speedway? A stroke of (lightning) speed will sure come in handy for the lucky driver to cross that finish line first.

Hendrick Motorsports driver Jimmie Johnson is a seven-time winner at Texas, but does it matter? He is an eleven-time winner at Dover, a nine-time winner at Martinsville, and he has won eight times at Charlotte. Last season, he won three races which included some of his best tracks; Texas Motor Speedway was one of them.  As we head into the seventh race of the season, will luck be on the side of Mr. 7x as in the 7-time NASCAR Cup Championship winner?

Can Johnson win already? If for nothing else, I’ve grown tired, like most fans, of asking this question each week. Sure, it’s only the seventh race of the 2018 season, but yeesh, it’s been 29 races since Johnson has made it to Victory Lane. Johnson won the Spring race at Texas Motor Speedway last year. Given his current statistics which include only one top 10 this year, it’s not unreasonable to pose the question, “Will he be able to continue his reign at Texas Motor Speedway?”

Ironically, Texas Motor Speedway has teamed up with Blue Bunny Ice cream to give away free Jimmie Johnson Bobbleheads to the first 30,000 fans to come through the gates for the race on Sunday, but it would be an even better treat if Johnson returns to Victory Lane. Go figure.