Another stellar outing has landed a Cadillac DPi at the front of the field before this weekend’s season-opener. 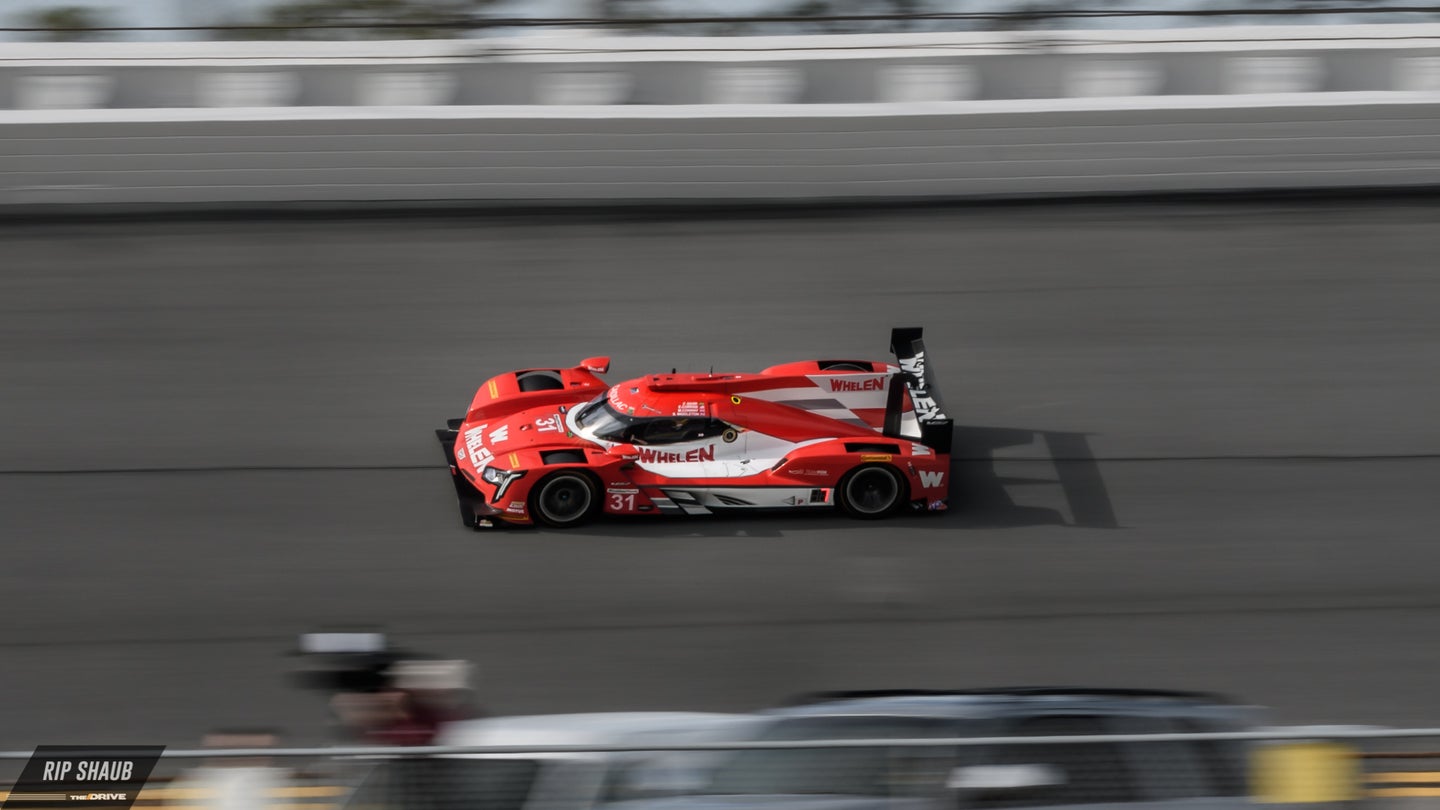 Friday morning's IMSA WeatherTech free practice at Daytona promised exceptional form for several teams ahead of the weekend's 24-hour epic. Each category was tight up top as only one second separated first and tenth place in the Prototype category, a feat which was complemented by an equally-close fight in GTLM. With this run being the final crack at preparation before Saturday's race start, some crews took advantage of what little time they had to make crucial adjustments in the closing hours of the session.

Whelen Engineering's Mike Conway set the quickest time, a 1:36.865, in his No. 31 Cadillac DPi. It was not only the fastest in FP4 but also the best lap set in practice thus far, making it all the more meaningful for the American team. Jackie Chan Racing was also exceptionally quick to nab second place, eventually clocking a 1:37.046 time which places the Oreca LMP2 car less than two-tenths off the pace. Spirit of Daytona Racing rapidly notched a top-three finish in a Cadillac DPi of its own, boding well for the automaker's chances in terms of outright speed.

The No. 77 Mazda RT24-P of Team Joest was fourth fastest although its sister car, the No. 55 entry, did not participate. As a Mazda spokesperson explained to The Drive, the crew decided to swap in a new engine rather than running the risk of trouble in practice. Mazda said that there were no immediate concerns, but after analysis following yesterday's night practice, Joest opted for a new power unit to better its chances at the big-time race.

Chip Ganassi Racing's No. 66 Ford GT was top dog in GTLM, replacing Corvette Racing on the leaderboard after Friday morning's running. In fact, both CGR Fords beat out the nearest Corvette C7.R, which was fifth quickest, albeit with two Porsche 911 RSRs sandwiched between them. Risi Competizione landed sixth with its lone entry in the class, outperforming the No. 3 Corvette Racing entry and both BMW M8 GTE competitors.

IMSA's GTD class saw another switch up after FP4 with Manthey Racing claiming the lead. The No. 59 Porsche 911 GT3 R ran a 1:46.905, putting the team more than half a second ahead of its closest competitor, Mercedes-AMG Team Riley Motorsports. Wright Racing managed third with its fellow Porsche race car, and notably, the Grasser Racing Team Lamborghini Huracan followed up on its P3 qualifying run from last night with a fourth-place finish.

You can check out full results on IMSA's official website, and for more coverage of the Rolex 24, tune into The Drive as we'll be giving updates throughout the race on Saturday and Sunday.