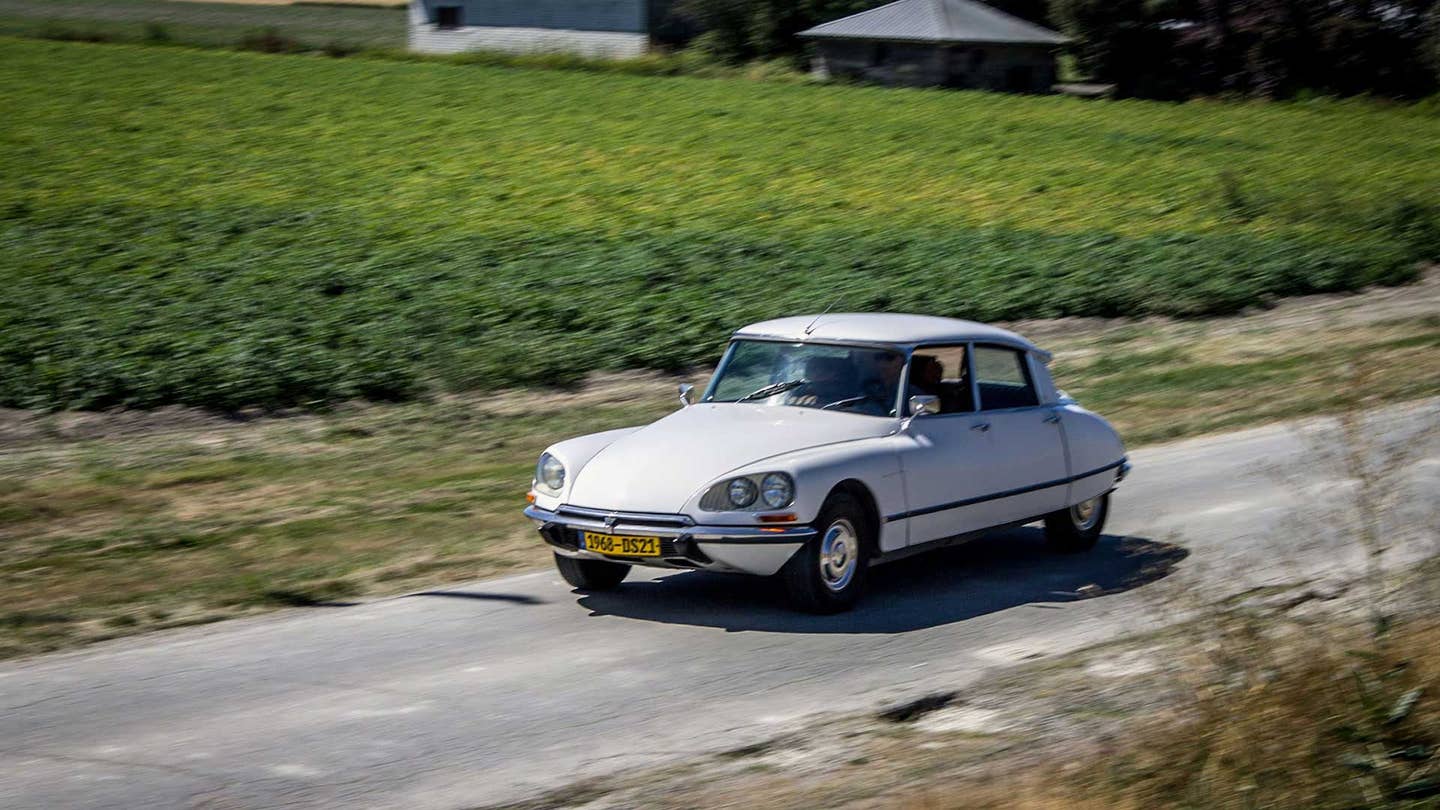 We wept when Citroën killed off its self-leveling, self-adjusting, pillow-soft suspension earlier in the year. Since the Fifties, the oleopneumatic system was the defining characteristic of a cult classic brand. The iconic DS sedan wasn't called “The Goddess” for her beauty alone; there was a gliding grace to the way she moved. Also, given the way Charles de Gaulle's presidential Citroën shrugged off a hail of bullets in a 1962 assassination attempt, the car seemed immortal.

Cost-cutting severed the oleopneumatic suspension's arteries, leaving us to jounce over broken pavement in cars that rode no differently than a Mitsubishi. Or a bulldozer. However, according to Citroën CEO Linda Jackson, something suppler this way comes, circa 2017.

“Comfort is a core value of the Citroën brand,” she tells Autocar, “and this is our way to recreate the benefits of the hydropneumatic set-up in a more modern, more appropriate way.”

Appropriate? Oh dear. There was always something titillatingly sensual about the way a Citroën rolled through the curves, like a slim piece of gauze caressing a Rubenesque thigh. We were kinda hoping for inappropriate.

“We have the opportunity to pick new technologies for the future,” Jackson added, while not handing out any actual details, “And I am sure this one is best suited to Citroën's core values. I believe I can promise you this will be a Citroën-only system.”

If you, like us, worship at the Altar of Weird, the notion of something innovative from a French automaker is titillating. Whatever this “new” tech is, it’ll probably be more interesting—and different—than the reported air-suspension planned for Citroën's upmarket DS brand. Here's hoping that one brand at least continues to view Nürburgring times with a Gallic shrug, preferring instead to gently romance our collective posteriors.