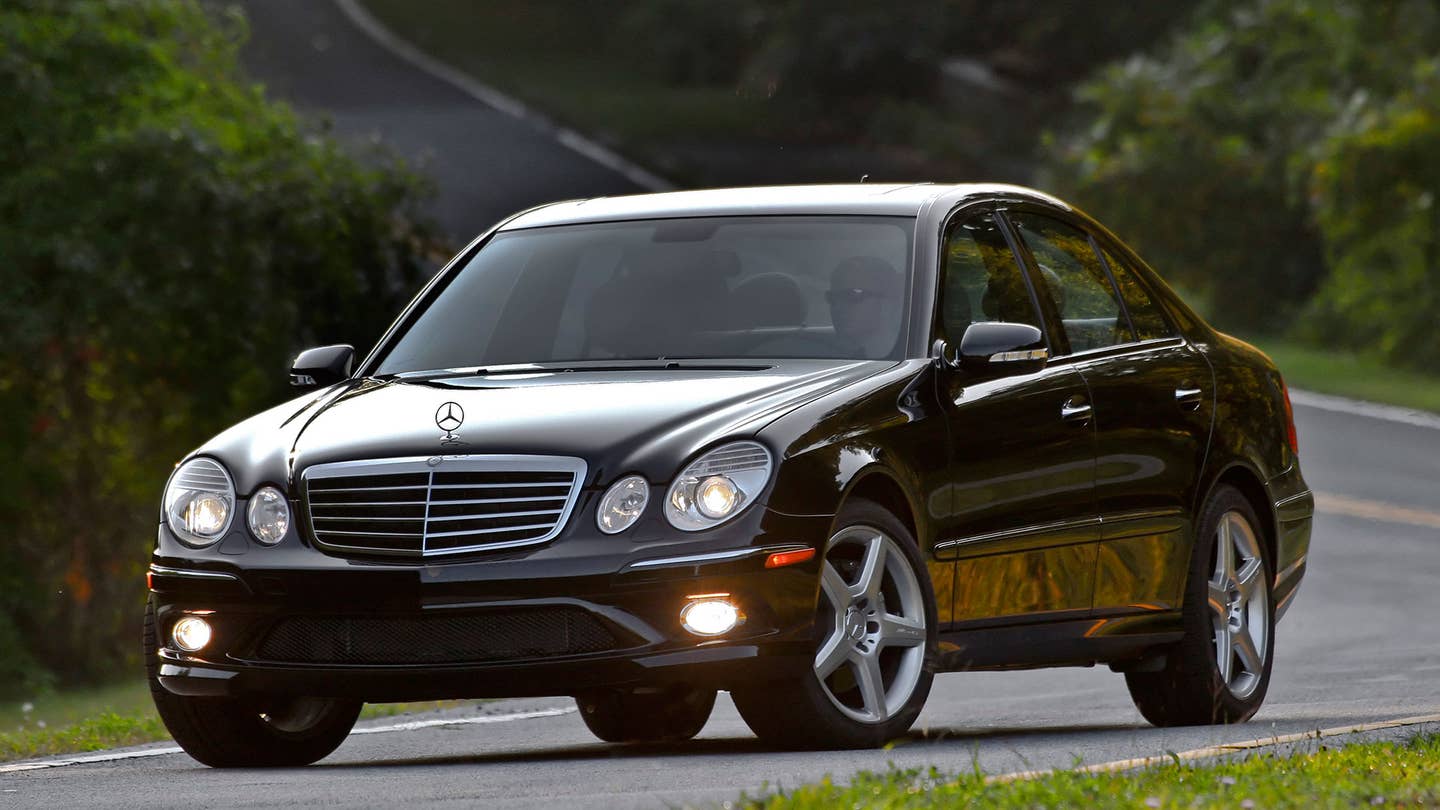 All-wheel-freaking-drive. It’s the holy talisman of foul-weather driving, the technological version of St. Christopher on the dash—especially for Americans who are too lazy to strap on winter tires every season.

The catch, of course, is that AWD cars tend to be more expensive. Subaru’s standard AWD models aside, few affordable sedans or hatchbacks (Honda Civics, Ford Focuses, etc.) let you drive every wheel at once to climb that steep driveway or gain traction on slippery roads.

Upshot? Buyers who demand AWD and don’t want to spend $25,000 or more can find value in pre-owned cars, truck or SUV. Accepting the smart-shopping challenge, we set a lowballing price limit, called out the sled dogs and started the hunt for the best AWD cars for under $12,000. When you’re done digging out your Mustang, check out these cars that will keep you moving until spring has sprung.

How do you improve a GTI, the gold standard of hot hatches? Add AWD, a hotter three-door body, a 250-horsepower narrow-angle V6 and an Audi-esque sprinkling of luxury. The R32 scorches dry roads with a 5.5-second romp to 60 mph, and it’ll tear through snow as fast as you dare, thanks to its nailed-down chassis and weighty Germanic steering.

There’s nothing like a German luxo-tank to pummel the mean seasons in isolated, pampering style. Shop carefully to avoid neglected specimens, and you can drive a swanky E-Class 4Matic for around $12k. Keep your focus on the 268-hp, 3.5-liter V6, one of the strengthened engines that debuted on a refreshed 2007 lineup; or strike gold with an E320 Bluetec and its 210-horsepower, 3-liter turbodiesel V6.

The redesigned 2008 WRX was suddenly all growed up, with a big jump in interior quality and driving refinement. It’s a perfectly legit all-season sleigh, but consider holding out for a pre-owned 2009, when the WRX got an even better do-over: A new turbocharger and rowdier exhaust, which boosted power from 224 to 265 ponies (on the manual version, which you want anyway, because you have a soul). That chopped the 0-60 sprint down to 4.7 ticks—a second faster than the 2008 WRX, and quicker than the mega-priced, 305-hp STI variant.

If you’re looking for a used 4WD pickup that’s raring to go another 100,000 miles, you won’t do better than Chevy’s workhorse. Redesigned ground-up for 2007, the Chevy’s Marlboro-man looks, ruggedness and refinement gave it a huge sales boost. A choice of three V8s tops out with a 367-horsepower 6-liter, complete with fuel-saving cylinder deactivation. That lends a whopping peak 10,500-pound towing capacity for hauling snowmobiles like they’re made of Styrofoam.

For lovers of AWD oddballs (you know who you are…) we present the SX4. Presaging soon-to-come compact crossovers like the Nissan Juke, the Suzuki looked like a shrunken Mercedes ML by way of Japan, but cost than $17,000 new. A unicorn among budget hatches, the Suzuki’s ace in the hole is an AWD system that can boot up to 50 percent of torque to the rear wheels. When roads turn slick, say sayonara to every Civic, Corolla or Focus in town.

A winter wager: Drive a used Honda CR-V or Range Rover for an entire season, and see which one breaks first. Our money’s on the Honda to keep chugging, with all the self-effacing practicality, cabin quality and near-magical spaciousness that’s made it America’s best-selling SUV. The CR-V’s peerless resale value makes it tough to find a well-kept, 2011-or-newer model for below $12,000, but that’s another Honda upside: When you’re done with a CR-V, even one with well over 100,000 miles, someone else will happily pay good money to take it off your hands. If you’ve got a little flex in the budget, go here.

Well, it’s better than the Trax.