Are You Your Car’s Worst Enemy in the Winter?

Basic tips to get you rolling again, without damaging your precious wheels. 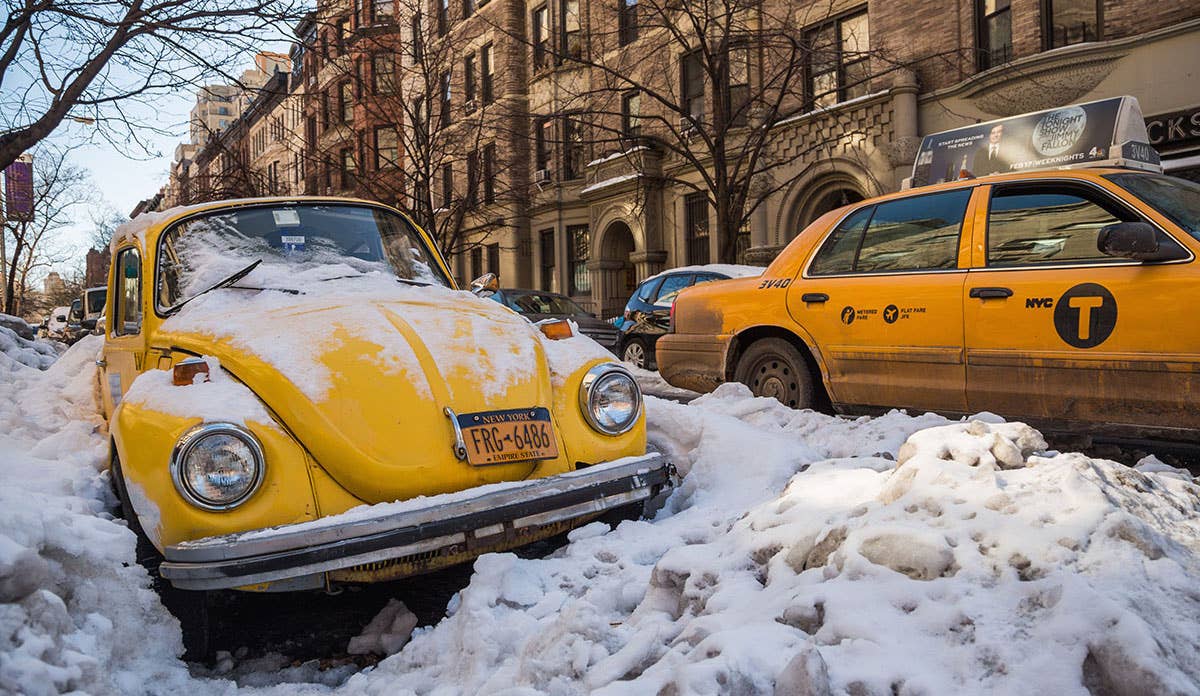 There are no more buckets of snow falling on the East Coast, but this most recent Snowpocalypse has left its mark. As the melt begins, those who have it worst are people who park their cars on the street, where huge piles of dirty snow have displaced many parking spaces. When the temp dips below freezing again–and it will–gobs of people who haven’t dug out their cars will find themselves held prisoner by frozen plow sludge.

If you’re one of those people, or if the parking space you’ve been relegated to is fenced in by a huge frozen ridge, there are a few things you should know from a mechanical perspective. Before you point your wheels streetward and mash the gas pedal in an effort to liberate your car from its icy prison, just must understand that rough and impatient driving can break things. Expensive things.

“You can damage motor mounts, axles and transmissions that way, but if you rock your car out in moderation, you won't break anything,” says Roberto Lorenzutti, owner of Lorenzutti Motors, a repair shop in Brooklyn. “If you don’t give it too much RPM, you won't do any damage."

When he refers to “rocking,” he means, of course, getting a car unstuck by driving forward a little bit, then putting the car into reverse and moving it backward. By repeating this process over and over, the car makes itself a little track that grows and creates a path to freedom.

Forward, stop. Shift into reverse. Backward, stop. Shift into drive. Repeat. The procedure is the same for anyone whose vehicle is lodged in deep snow. Eventually, the front wheels can be turned slightly toward the street, and light throttle pressure will help the drive wheels maintain bite as they venture out of the new groove. When he says to not stomp on the accelerator and to avoid smashing the transmission between Drive and Reverse, Lorenzutti speaks from experience. He was a professional rally driver and he’s been repairing cars for nearly 60 years.

A snow shovel is also invaluable. Every motorist who’s going to be driving in snow should have one handy. Being able to remove snow from around the wheels and from beneath the car (when it’s parked, of course) is often essential in getting your vehicle unstuck.

Michael Hogarty, an ASE master tech who owns Hot Rods 2 Hybrids, a repair facility in Sterling, Virginia, says that many of the repairs he makes during and after snowstorms are  related to people trying to crash through snow banks.

Lorenzutti makes the same observation. He says that motorists attempting to break down snow banks often damage body panels in the front and rear of the vehicle, especially when the snow has melted a little and then frozen again.

Most of the other snow-related repair jobs that come into his shop, says Hogarty, are run-of-the-mill fixes for cracked windshields, frozen locks and the like.

Lastly, Lorenzutti has one simple suggestion to help you keep your car out of his shop: Be as gentle as possible.

“Treat your car like you treat your kids and you won’t get into trouble.”