Not the same heroics you’d expect from an event like this. 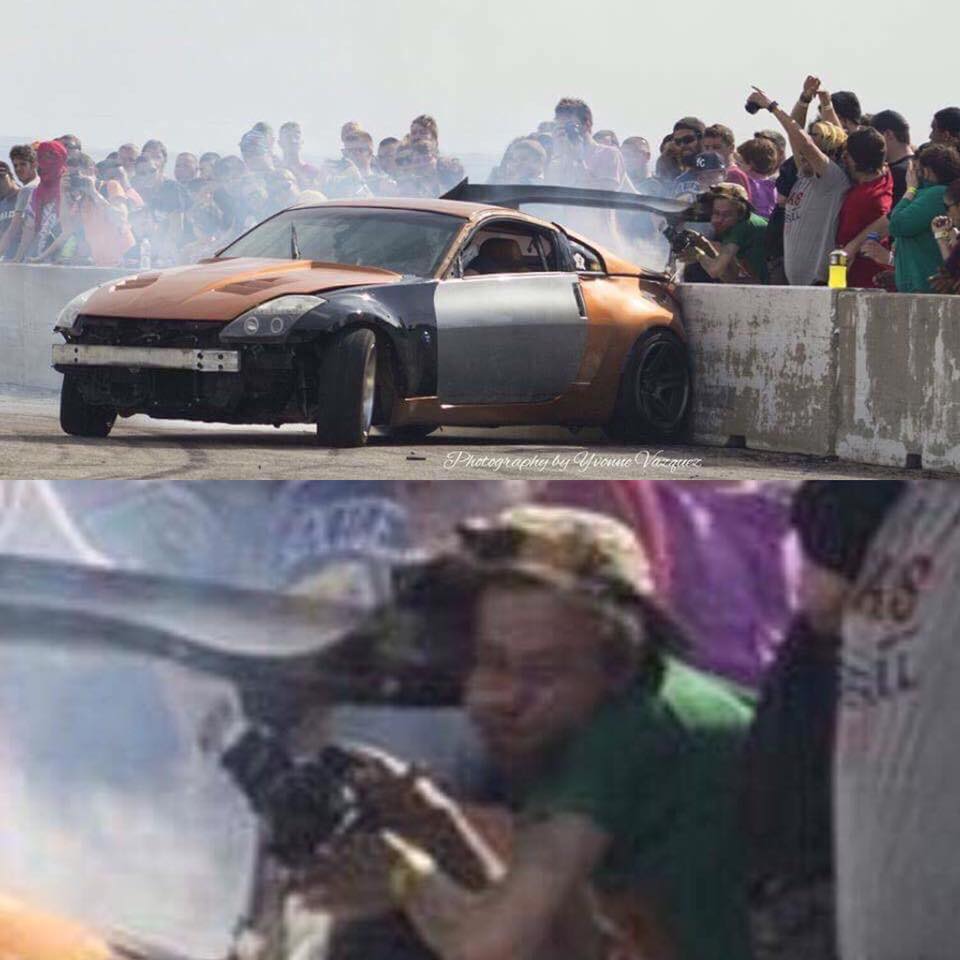 Automotive photographers work hard to get the best angles—leaning out the window of a moving car, standing in the line of fire during a race, and as you can see here, getting too close to the subject at hand. This past week at an Import Face Off event, Sean O'Keefe got caught on the sidelines with the tail end of a drifter's car, going on to get slapped on the face by an enormous wing. Thanks to these photos from Yvonne Vasquez, we can see the exact moment of impact ... Ouch.

Apparently, O'Keefe went on to recover from the accident; but not without a major headache. The video posted here shows him clamoring for his wits after the hit:

Even though this could've been the shot of a lifetime, we doubt that he decides to get that close again, at least for a while. Photographers like Larry Chen make it look easy, but I'm sure this happens more often than we see. It just so happens that this was caught on camera. With the internet being, well, the internet, O'Keefe has been at the mercy of jokes ever since with memes like this surfacing everywhere.

Next time, keep an eye out for your fellow photographer. Or else, they could end up looking like this.