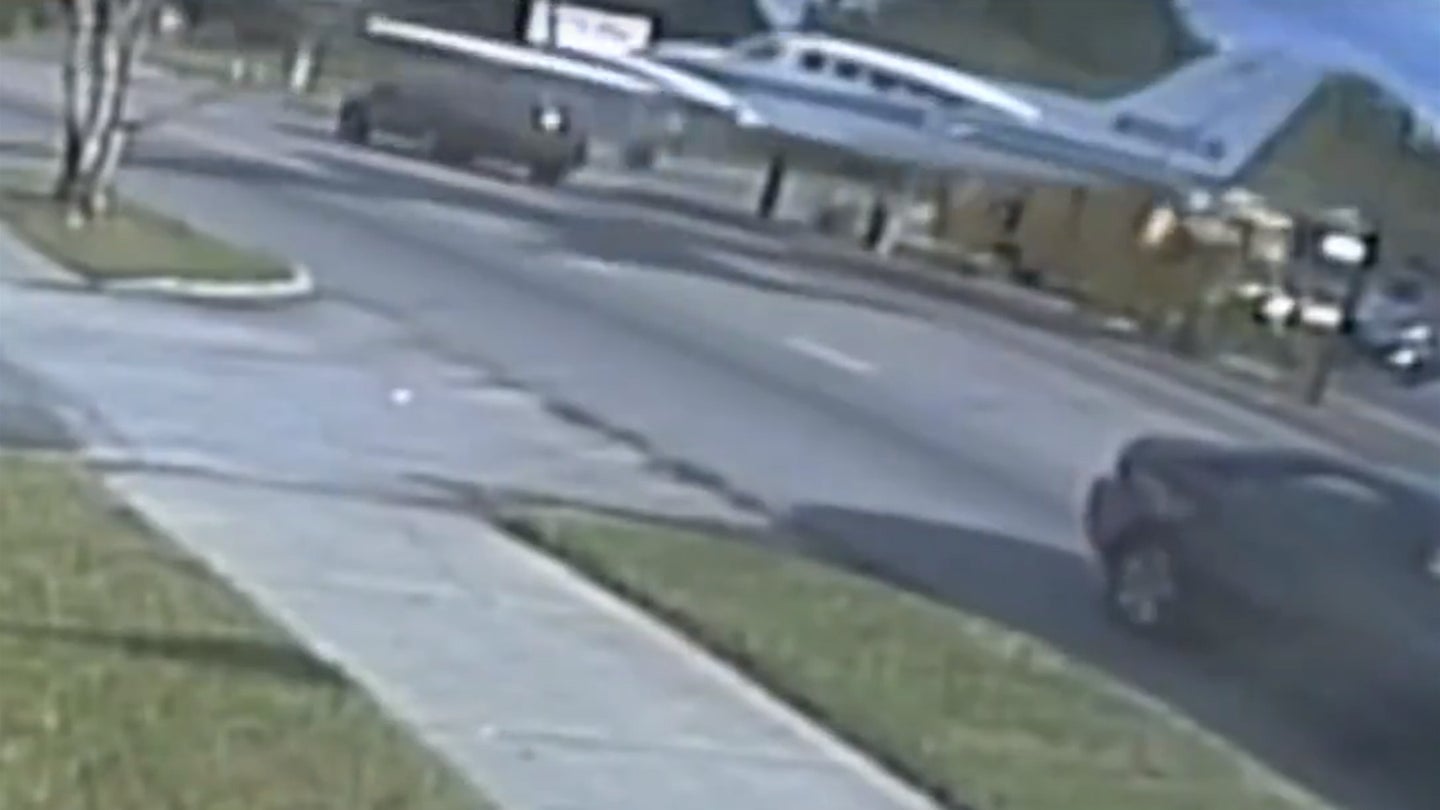 In a general sense, accidents are unavoidable. You can be the safest, most cautious driver in the world, but a public road is not a controlled environment, and literally anything can happen—like a small plane falling out of the sky and landing on your SUV right in the middle of St. Petersburg, Florida.

According to the Tampa Bay Times, the twin-engine Cessna 402B was flying a short route from Tallahassee, Florida to nearby Albert Whitted Airport. The pilot reportedly experienced some kind of mechanical failure and opted to set the plane down in the street. As the Times points out, the spot where the Cessna ended up is almost directly in line with Runway 7 at the airport—only about 1.5 miles short. Miraculously, no one on the plane or on the ground was seriously injured.

The video of the crash landing, captured by a convenience store security camera, shows the plane descend out of nowhere at high speed and hit several power poles and two SUVs before skidding to stop in the middle of 18th Avenue South in St. Petersburg. Since the vehicles were struck from behind, the drivers had no warning that they were about to star in a real-life Farmer's Insurance commercial.

Well, almost no warning. The husband of one of the women driving told Fox 13 her toddler grandson may have tried to alert her from the backseat.