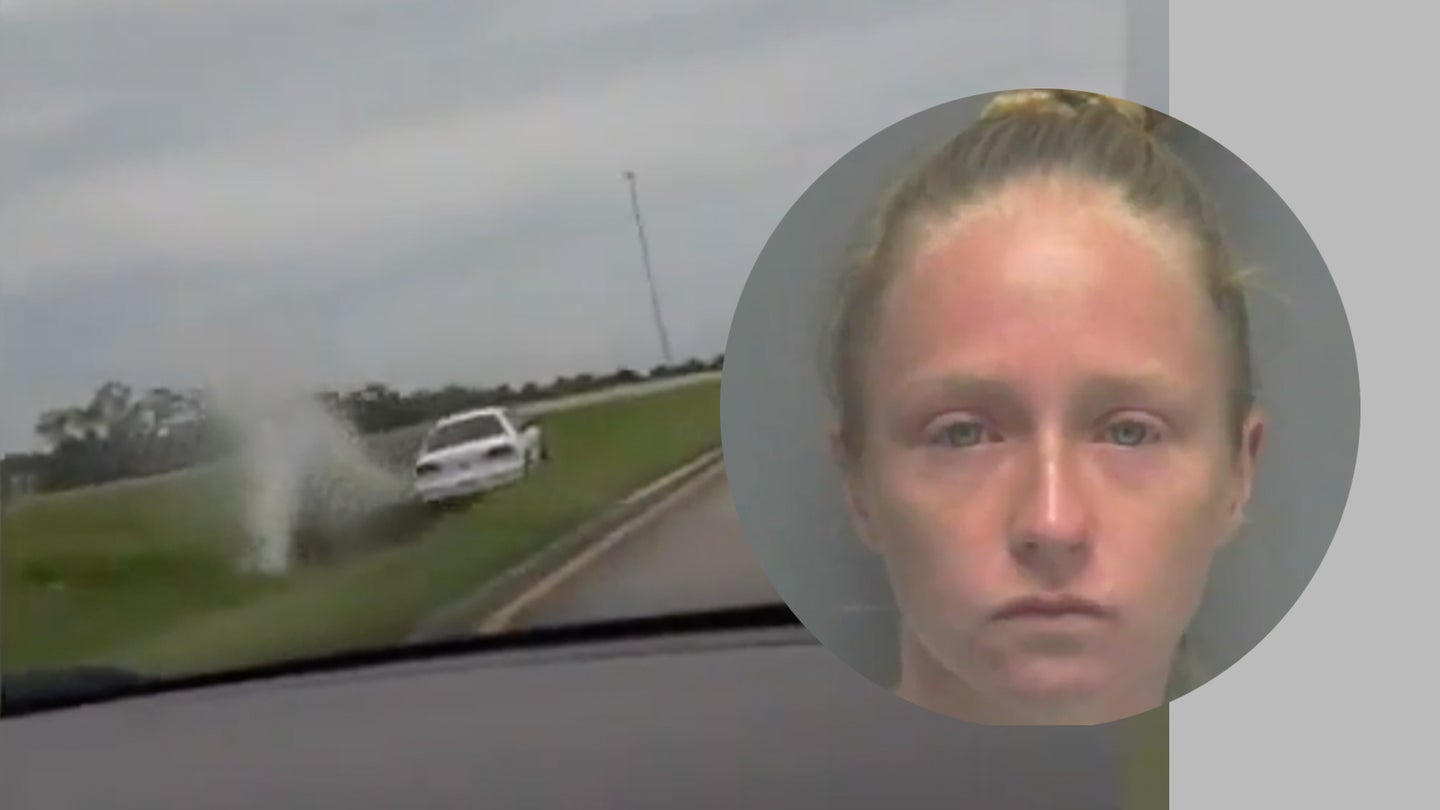 Driving under the influence is one of the most selfish acts one can do on the road. Not only are you endangering yourself, but you are endangering the lives of countless others.

In the video below, we see an individual who is allegedly severely intoxicated, playing bumper cars with sideways, guard rails and medians of I-75 in Cape Coral, Florida. Within several seconds of the video starting, we can see the driver's level of intoxication is so severe it is surprising she is even conscious (debatable towards end of video).

At no point does the white Chevy Cavalier hold a straight line and on several occasions the vehicle is upwards of 10 feet off the road. Over the course of the potentially deadly journey, the Cavalier sustains moderate front and rear end damage. We can also only assume the there is severe damage to the undercarriage of the vehicle. However, this is probably irrelevant because the driver is most likely losing her license for some time and the vehicle is certainly getting impounded.

Rather than just filming the incident, the occupants of the black Nissan trailing the vehicle call 911 and stay on the phone with dispatchers to update Florida Highway Patrolof their exact location. Feeling the response of emergency personnel was taking too long, the black Nissan took actions into their own hand and did a crude form of a rolling road block. The Nissan sped in front of the vehicle, went directly in front of the Cavalier and slowed down until both cars came to a stop. At this point, several other cars blocked the vehicle in to ensure she wasn't going to do any more damage.

Cell phone video continued to roll as the driver was removed from the vehicle and placed near the rear bumper. Unable to stand on her own power, the driver eventually went to the ground and seemed to go into a slumber.  Not only was this lady too over served to drive, but she was beyond capable of walking as well.

According to Florida Highway Patrol, the alleged intoxicated driver is being charged with driving under the influence, property damage, and reckless driving.