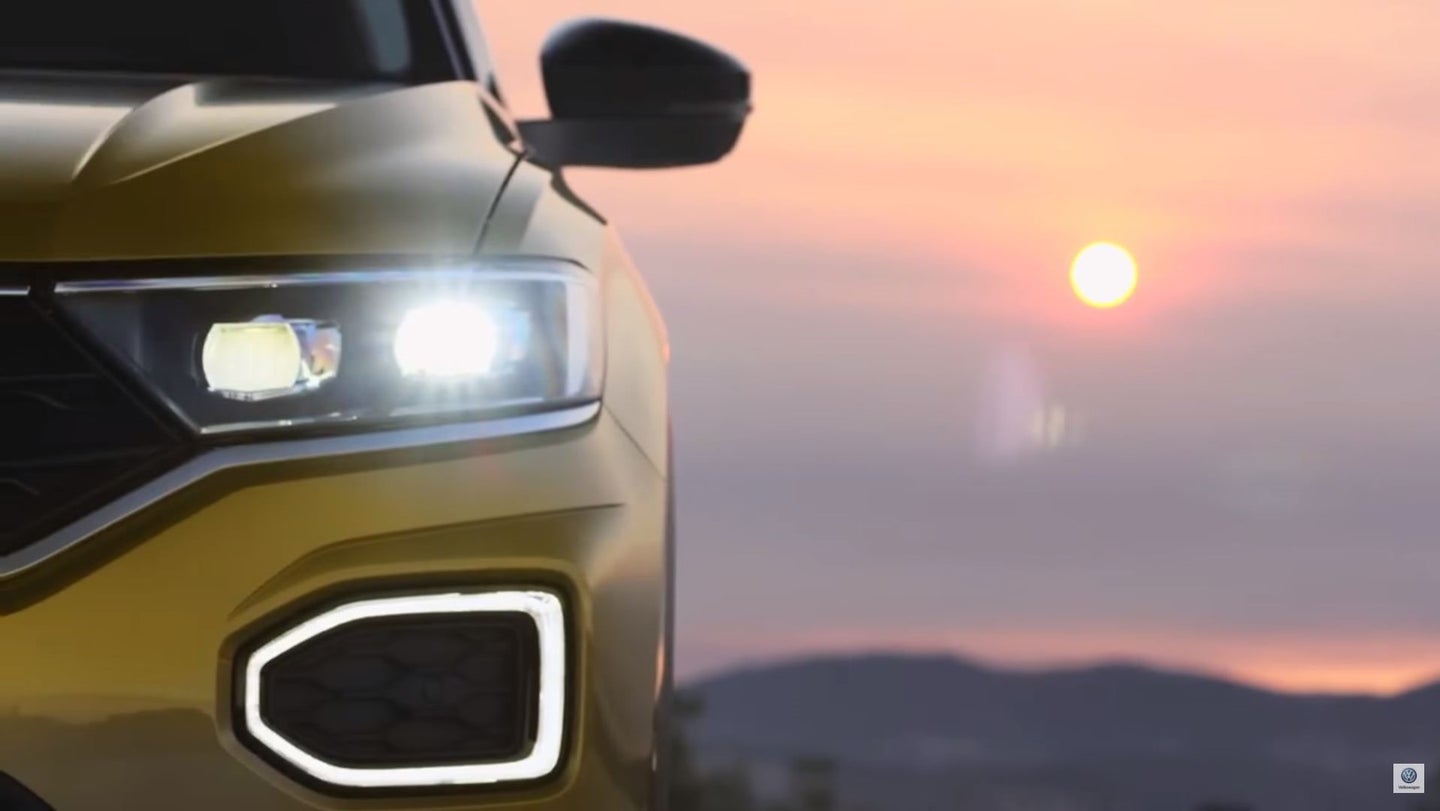 The Volkswagen Nederland (Netherlands) YouTube channel just dropped the most revealing teaser yet of the upcoming T-Roc compact crossover. VW's crossover/SUV lineup was in desperate need of revamping and the automaker is currently in the middle of making all the right moves between dropping the Touareg, nailing it with the Atlas, and now coming out with the T-Roc later this month.

The T-Roc will be Volkswagen’s smallest crossover slotting below the Tiguan which is new and improved (and bigger) for the 2018 model year. While the Tiguan and Atlas look pretty similar, but in different sizes, it looks like the T-Roc will have a more edgy design while still looking like a Volkswagen.

The new teaser is only 22-seconds long and doesn’t give us a good look at the whole T-Roc, but we see clear shots of sections of the uncamouflaged vehicle and even get a glimpse of the interior. The most distinct feature about the interior is panels color-coordinated with the exterior color like a Fiat. This implies it will be marketed towards a younger audience like many of the new little crossovers it’s competing with.

Volkswagen will fully unveil the production T-Roc on August 23. It’s expected to arrive in European showrooms first and come to North America at a later date. With the right marketing, this thing could print money in the U.S. and easily outsell Volkswagen’s compact cars. Volkswagen has quickly gone from one of the least competitive crossover brands to one of the strongest.