Watch This Driver Confuse a Building Entrance and Parking Garage

Top tip: Set the parking brake before getting out of the car, especially when you park on stairs. 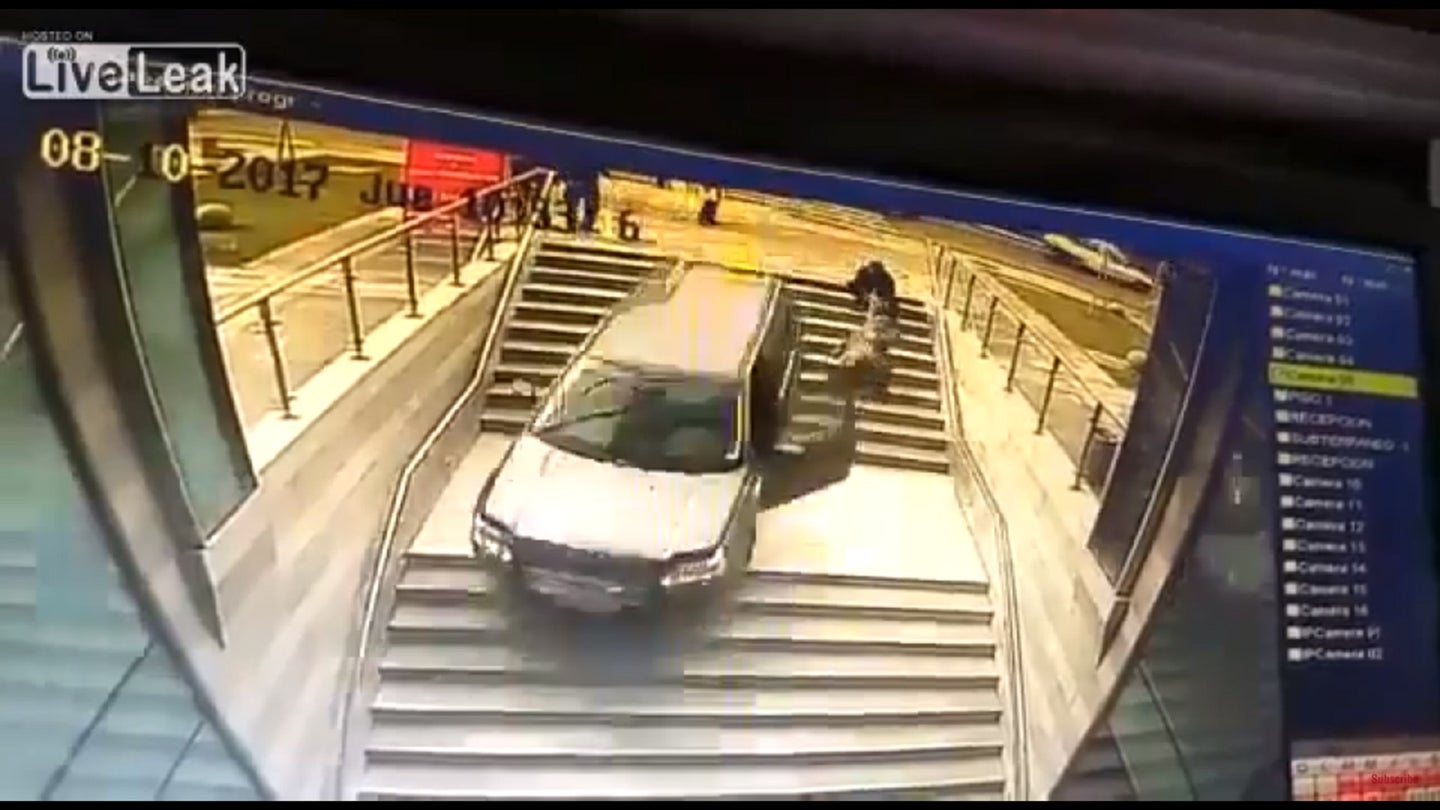 When driving in an unfamiliar area it's easy to make mistakes. What looks like a parking lot entrance could actually be a dark alley or a set of stairs to another business. Most people look where they're going and realize their mistakes before steering the car someplace it shouldn't go. Unfortunately, for whatever reason, the woman in this video didn't notice the stairs and got about halfway down the first flight before realizing it.

But at least she stopped, rather than careening out of control all the way down and smashing into business below. Some helpful bystanders noticed that she was in trouble and immediately came to her aid. One of them helped the woman get out of the car, which was difficult while parked at an awkward angle on the stairs.

The story would have ended there, except the driver was apparently so distracted by her unusual parking situation that she neglected to put the transmission into park and set her parking brake. As soon as her foot came off the brake pedal, the car continued its plunge down the stairs, careening out of control all the way down and smashing into business below. At least the bystander helping her managed to pull her away from the car before it took her with it. There is no word on how those in the business at the bottom of the stairs fared, but no doubt they were somewhat surprised by the car's sudden arrival.

It's always a good idea to use your parking brake, even if you have an automatic transmission. Not only does it do a better job of holding the car on a hill than the transmission alone, it can also help you avoid this poor woman's fate.