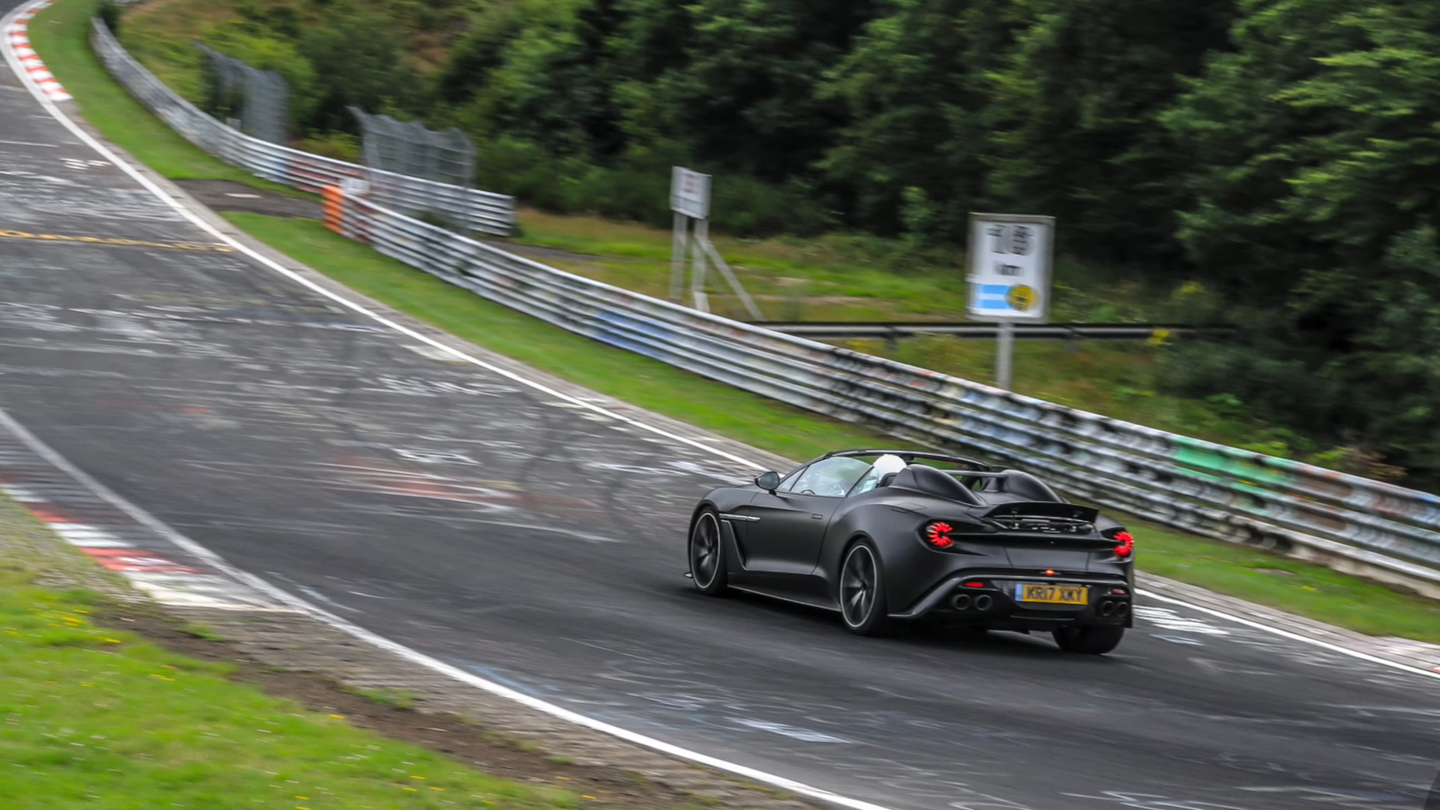 When you think of bringing a car to the Nurburgring, a rare, luxurious, 7-figure grand tourer probably isn't the first vehicle that comes to mind. If you're an Aston Martin enthusiast, you don't mind spending the money for a million-dollar Aston to bring to the 'Ring, but a smart driver would probably spend the extra cash and buy a Vulcan for his or her track needs.  The Aston Martin DB11 already has some time under its belt on the Green Hell, but what about the Vanquish Zagato? The new Zagato Volante and Speedster have been spied testing on the Nurburgring, proving that there's still a purebred super car under all of that beautiful bodywork.

According to Autocar, this Zagato Speedster is one of just 28 roofless Vanquish Zagatos, while the soft-top Volante will be limited to 99 units. The rarity of the Speedster means it will cost £1.3 million, with the Volante receiving a much more affordable £500,000 price tag.  The Zagato Speedster's high price comes from the weight lost by removing a roof altogether, meaning the car will be quicker off the line than the Zagato Volante and can rocket up to 197 miles-per-hour.

While we only get to see how the "slower" Volante actually handles around the track, it's safe to assume that the Speedster will be just as fast and sound just as good, thanks to the 5.9-liter V12 it shares with the Vanquish Zagato Coupe.