Who needs a tour bus when you have a trophy truck? 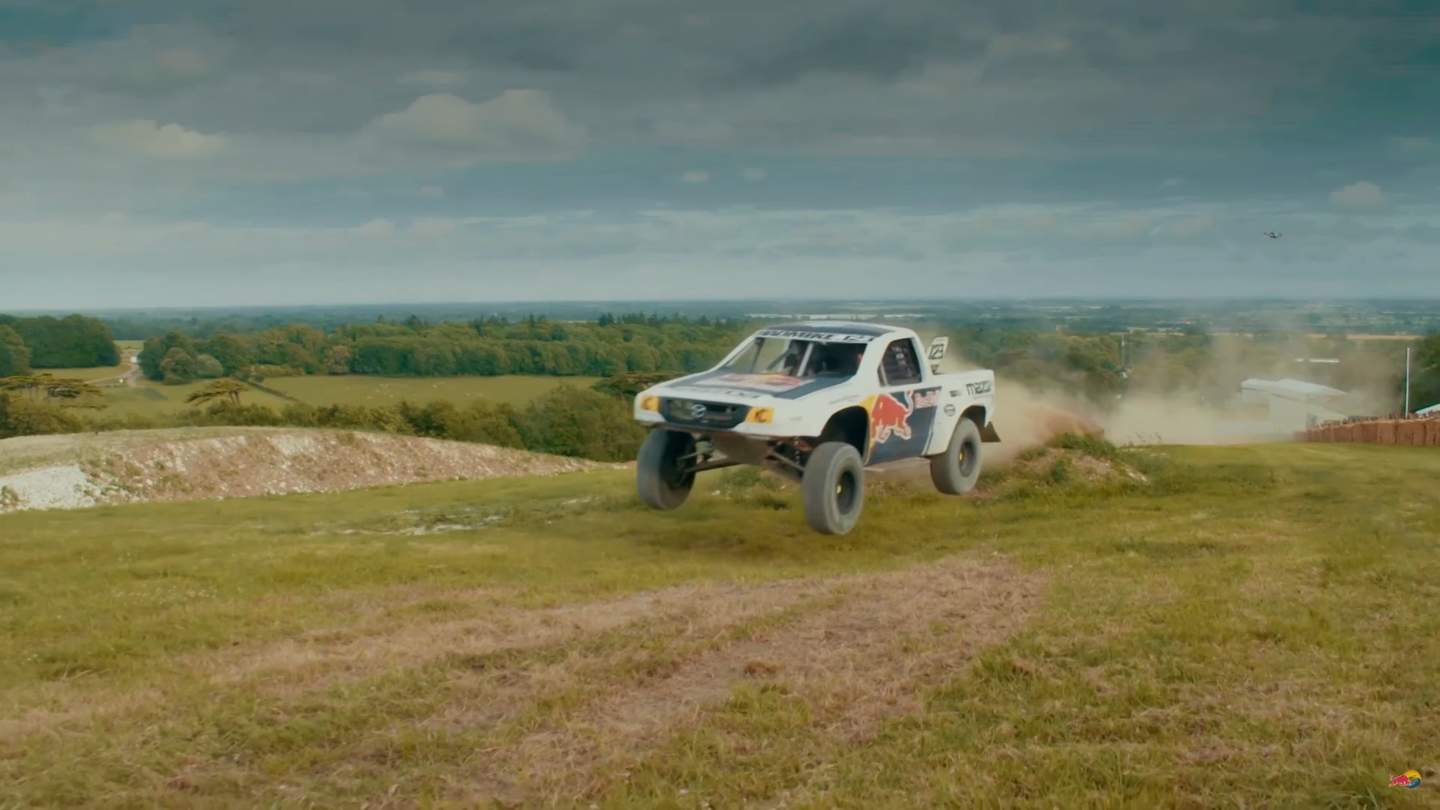 Goodwood Festival of Speed may be over, but fans are still chomping at the bit for a taste of this 4-day long celebration of all things fast. We've seen plenty of footage of Goodwood's circuit and hill climb, but there are so much of the grounds we haven't explored. Festival of Speed aficionados may know every inch of the place, but those of us watching from home aren't given much to work with. New Zealand Drift King "Mad Mike" Whiddett has us covered though, giving fans a tour of the grounds and letting everyone meet the curators of the circuit in this hilarious Youtube skit.

Red Bull published a video right before the start of the Festival of Speed that takes us on a tour of every stage of the British racing celebration. Along for the ride is the Earl of March's butler, Monty, who narrated the tour and almost loses his lunch a few times. At the beginning of the video, we even get a glimpse of Lord March himself and Goodwood estate, the place that the Earl calls home. Mad Mike also recruits trial bike rider Dougie Lampkin to help with the tour, but suffice it to say that our primary tour guide isn't amused.

Mike's insane rotary-engined stadium truck named RUMBUL is a pleasure to see before its debut at Goodwood, but we're not sure if it's a good replacement for a tour bus.