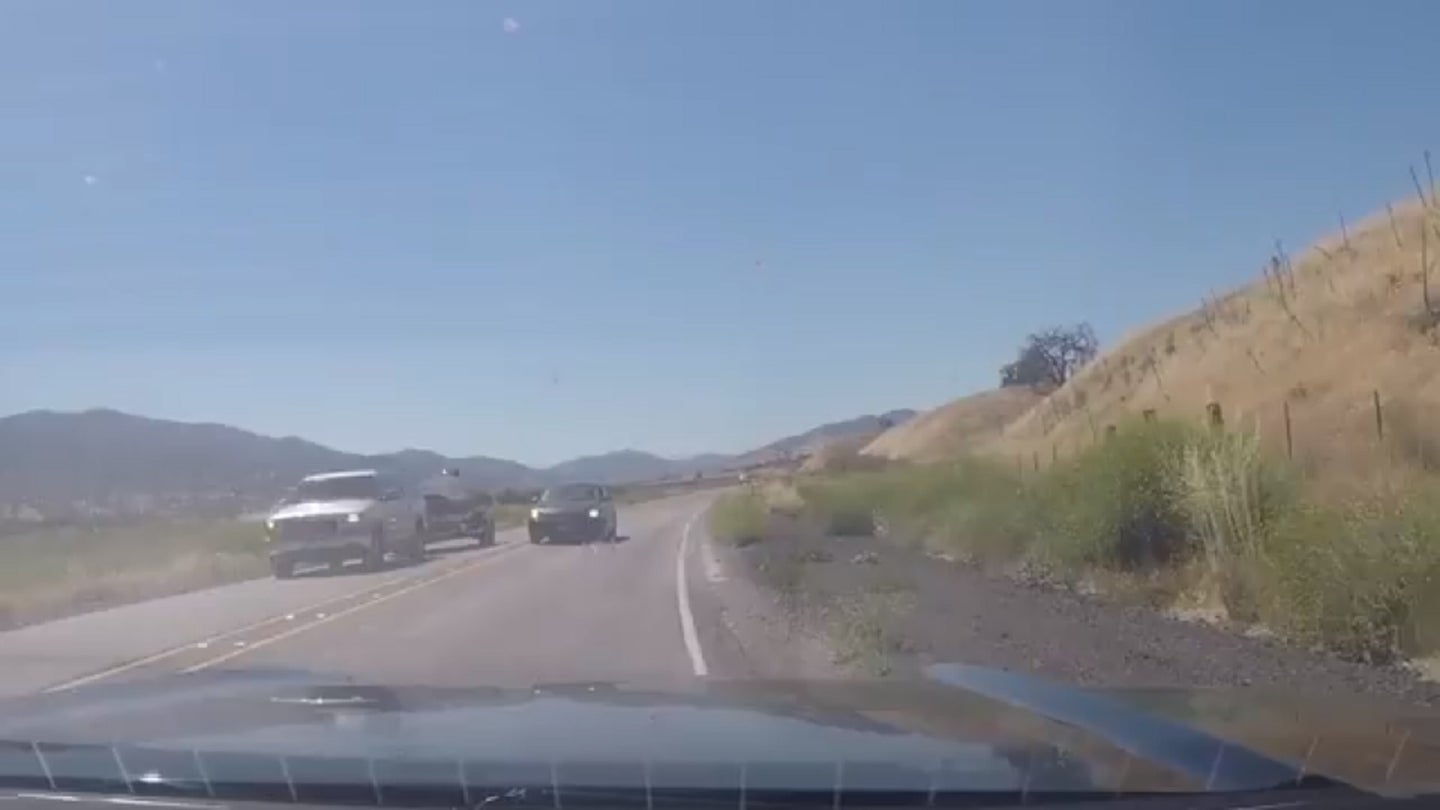 There may or may not be something in the water that makes Boston drivers terrible. But California drivers have their own issues, such as not respecting the double yellow line that denotes a no-passing zone. Last week's road rage crash involving a Harley-Davidson, a Nissan Sentra, and a Cadillac Escalade EXT started when the Nissan illegally crossed from the left travel lane into the HOV lane across not one, but two double yellow lines, nearly taking out the Harley in the process. Today, Piston Republic posted a video of another incident, also in California, where a car making an illegal pass across the double yellow line nearly took out the publication's Editor-In-Chief.

In the video we see a rented Ford Mustang EcoBoost enjoying the rural Highway 166 just west of New Cuyama, California. As they go around a blind curve, much to their surprise they see a car, passing a truck that's towing a boat, coming right at them, in their own lane. The center line is a clearly marked, solid double yellow; between that and the complete lack of visibility around the curve, there is absolutely no way that car should have been passing the truck at that spot. Fortunately, the Mustang was able to brake hard and dive off the side of the road to avoid the oncoming car. There was no collision, and despite driving through some bushes, the Mustang suffered no damage.

What is it that causes people to violate the fundamental rules of the road? I've watched enough of Matt Farah's One Take videos to know that Californians will usually move over when it's safe to do so, to allow faster cars to pass—particularly in the canyons. Even if I could excuse crossing the double yellow line, there's no excuse for making an extremely unsafe pass around a blind curve like this one. Had the Mustang driver not been on the ball he may not have been able to react in time to avoid a nasty head-on collision, and likely serious injuries given the speeds they were traveling. The rules of the road exist for a reason. Obey them. And don't be a Yammie Noob.