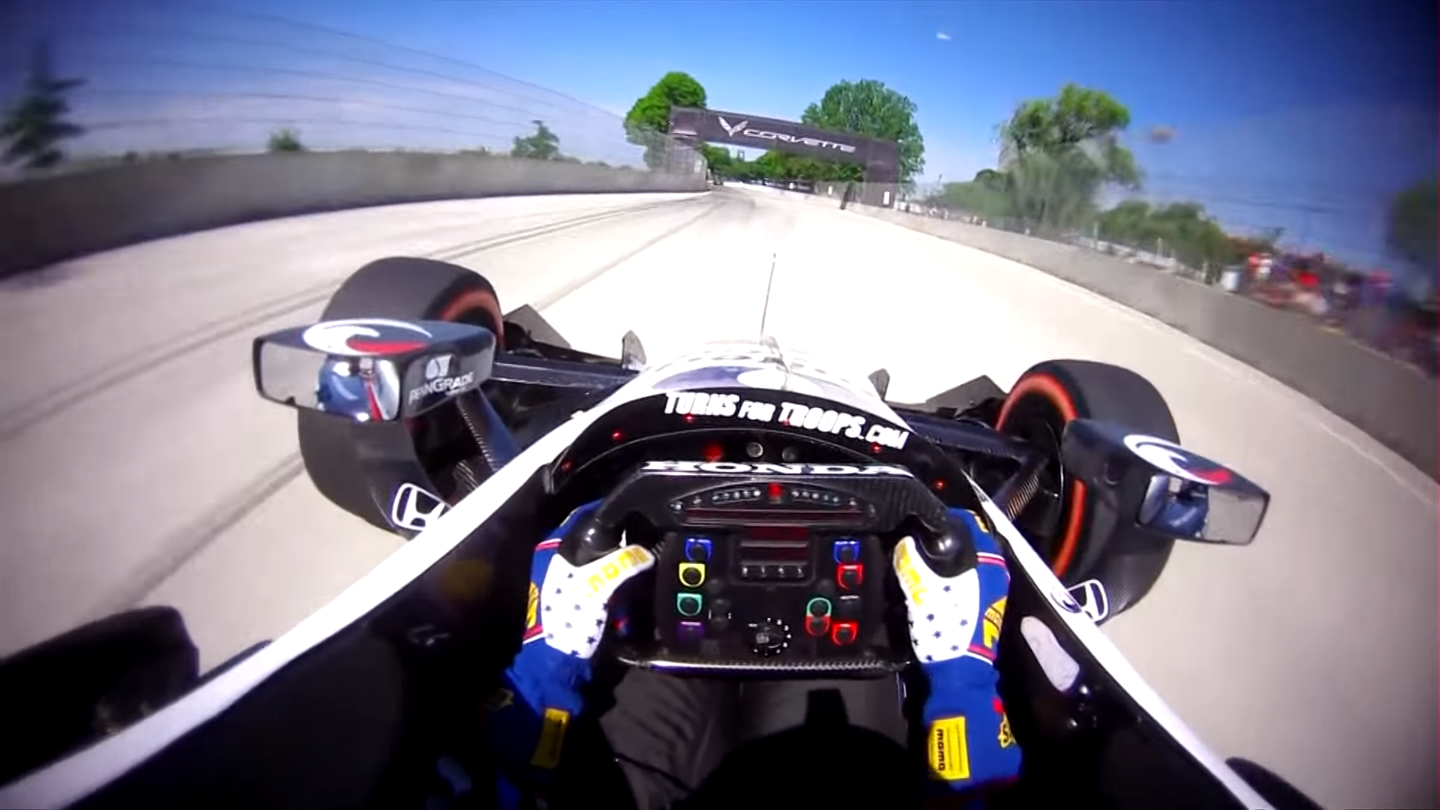 Almost every fan can agree on one thing: much of modern motorsport camera work is atrocious. Wide angle shots, fast-panning narrow fields of view, and poor static camera angle choices all contribute to the dulled sense of speed in most racing broadcasts. Formula 1 is the worst offender by far, as it goes to extreme lengths to show sponsors in every shot at the expense of being good coverage. And it's not like the broadcasters are incapable of making the race better to watch—the cars have over-the-shoulder cameras that show speed far better than the airbox cameras ever have.

Not only should more forms of motorsport use a camera like this, they should also imitate the rarely-seen visor cam from Indycar. The official YouTube channel of Indycar has uploaded several videos of a visor cam perspective. There are several key differences between the visor cam and the airbox and shoulder cams that make it better for broadcasting high-intensity situations in sports like Formula 1 or Indycar, the first of which is the fact that the camera is physically mounted to the driver. Because of this, the camera perfectly follows the driver and where their attention is directed— upcoming apexes, walls, and other cars.

The second is the fact that the camera's low mounting point makes up for the wide field of view. The track and car themselves are the driver's biggest focus, and they take up the fitting majority of space on screen. Hazards like apexes and walls are visually minimized unless they're close to the driver, which is also when they're most important. Every shake, every bump is transferred through the car into the driver's head, and thus, the camera, as opposed to the sterile and stable cameras seen in Formula 1.

Additionally, the fact that the drivers tilt their heads in corners gives the viewer a poor-mans Dutch Angle, a cinematography technique used to convey tension - something there's a hell of a lot of in a top-tier motorsport like Indycar.

Long story short, this camera angle actually makes you feel like you are Graham Rahal for three and a half minutes of your life. The only real questions about this camera's viability are concerns over the quality of a live-streamed broadcast and whether the whole setup would be too heavy for drivers to wear for a full race. Sponsors would probably complain about the camera's shakiness and focus on the race itself rather than their logos, but that's not our concern as race fans. Maybe Formula 1 could actually learn a few tricks from Indycar.