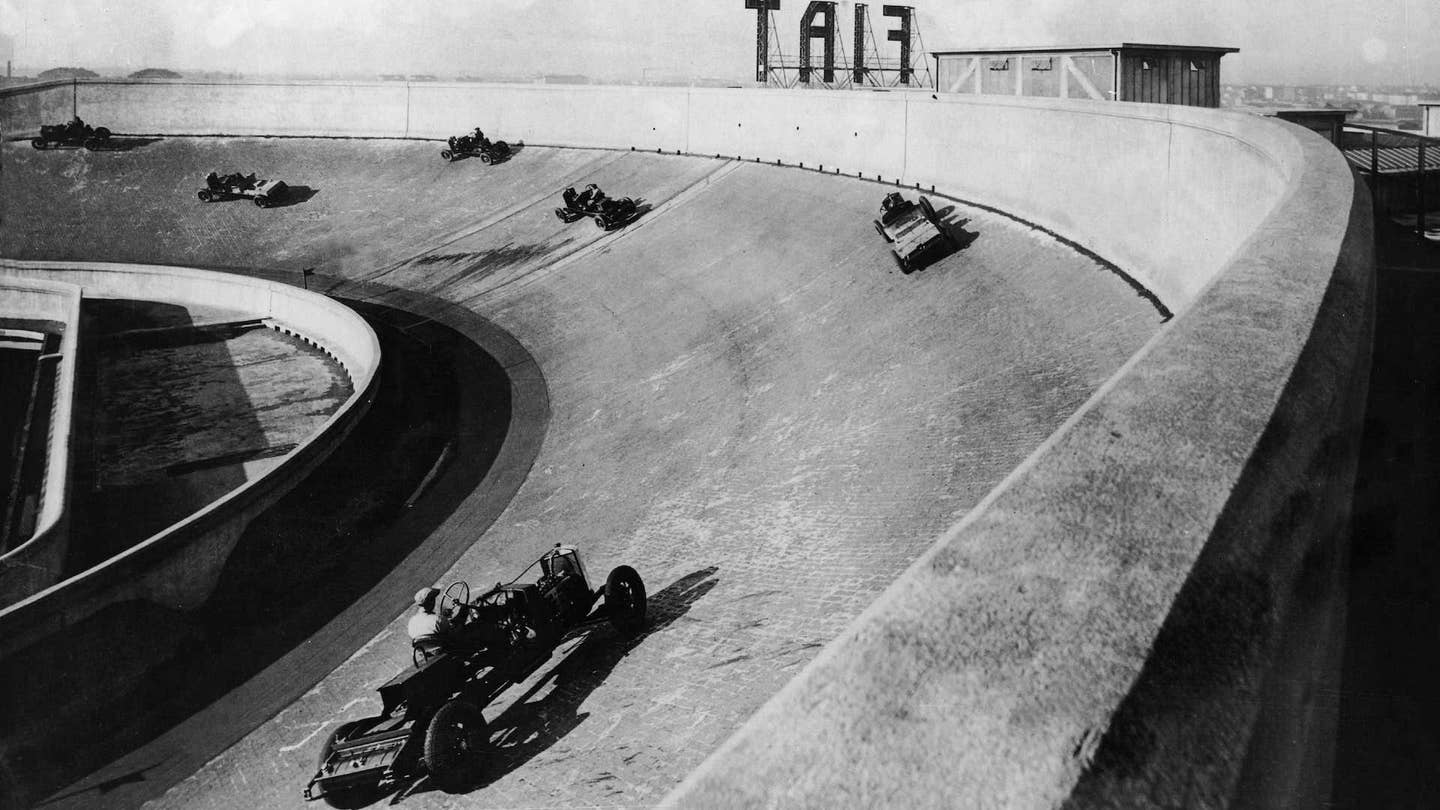 When it opened in 1923, Fiat’s Lingotto factory complex was the largest car factory in the world and, moreover, one of the most influential examples of modern architecture. Le Corbusier called the structure “one of the most impressive sights in industry.” Built in five floors, the factory featured a continuous, ascending production line that ended on the roof, where finished cars were deposited for testing. There, lines of 509s, 522s and Topolinos zoomed onto the open air, banked, rooftop speedway. Once, Fiat even let a film crew and a handful of Mini Coopers onto the sixth floor—ever heard of The Italian Job? Then, in the seventies, the factory was deemed obsolete; in the eighties, famous architect Renzo Piano reimagined the old factory as a public space. Today, the Lingotto factory is filled with concert halls, restaurants, arcades, and a hotel.

Seven years after it was built, the Lingotta Speedway hosted an amateur race. See the man at the forefront of this picture? He’s wearing what’s called a “cap.” Yes, a canvas pouch. That man is wearing a canvas pouch on his head while driving a primitive open-wheeled racecar fifty feet off the ground on a highly-banked racetrack. Brave, stupid or otherwise, we commend this Italian man’s gumption.