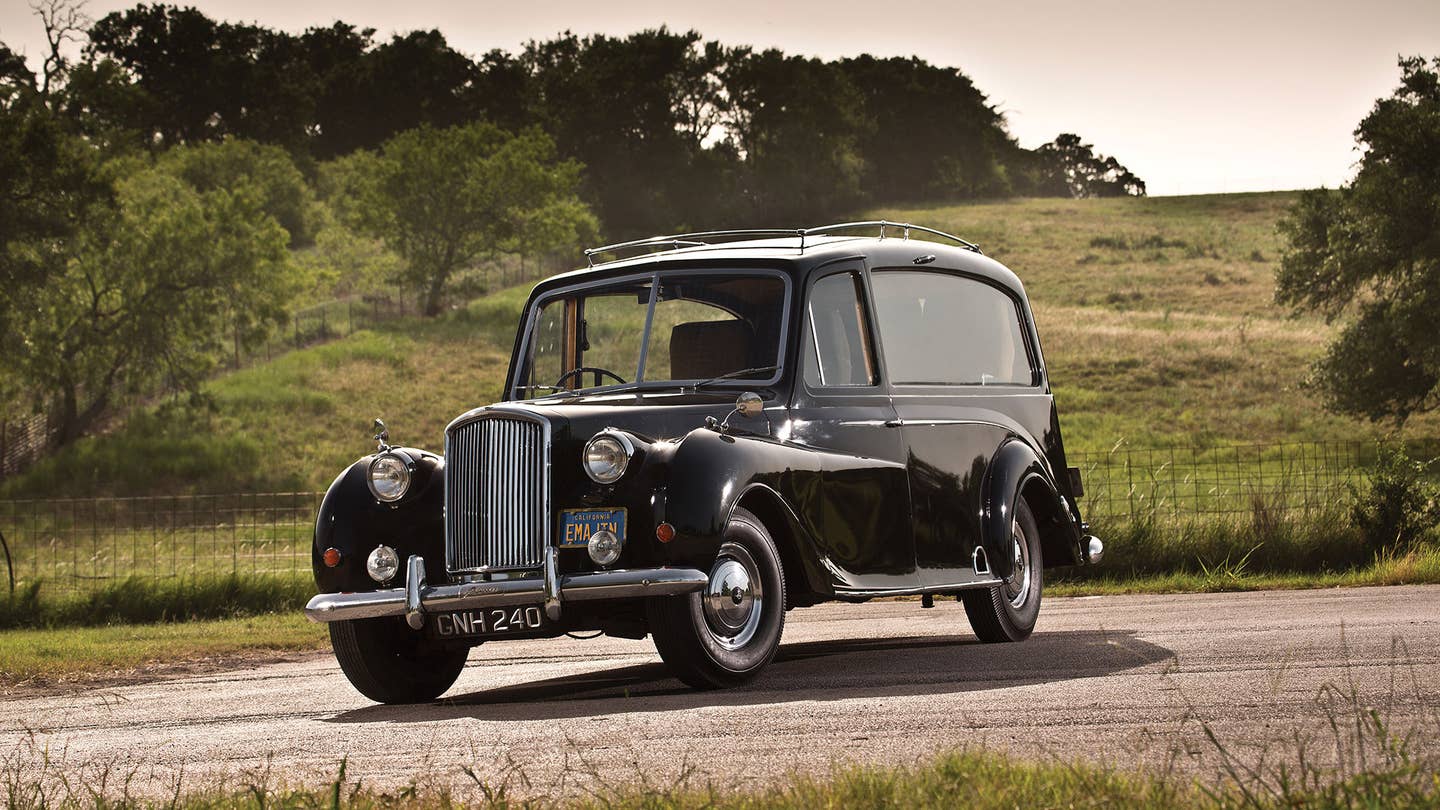 In 1971, late Beatle John Lennon bought this stately 1956 Austin Princess hearse as his personal limousine. At the time, Lennon was working on his “Imagine” album, and his chariot made a few appearances in the promotional feature film that accompanied the album. Now, that very limo can be yours, if you’re willing to part with several hundred thousand dollars when RM Sotheby’s auctions it off in September in Battersea Park.

The British-made Austin Princess was a favored limo of Fifties and Sixties celebrities, including the Beatles, who regularly traveled in one. They preferred the car because its large rear door openings made getting in a cinch when being mobbed by a crush of fans; something to which the Lennon and the Beatles were quite accustomed.

When Lennon got the chance, he purchased his own Princess, keeping it “in Berks,” a nickname for Lennon and wife Yoko Ono’s country estate of Tittenhurst in Sunningdale, per the car’s log books. Lennon did some odd yet crafty modifications to the car, namely bolting in some aircraft seats in the void in the back. Lennon sold it a year later, to a buyer in California. It’s remained in the U.S. ever since, with the last owner being a Texas businessman who purchased it in 2005 and donated it to the Austin Rock and Roll Car Museum.

At auction this fall, the car is expected to command a price of £250,000, about 20 times the typical price of an Austin Princess. Included in the sale is an autograph from Lennon in the form of his signature on the registration paperwork, and the celebrity provenance is expected to drive bidding up significantly. A portion of the proceeds will go to charities, including one of Lennon’s most beloved organizations, UNICEF.