#TBT: Family Cruising in a Time Before Seatbelts

Being thrown from the family car into a ditch builds character. 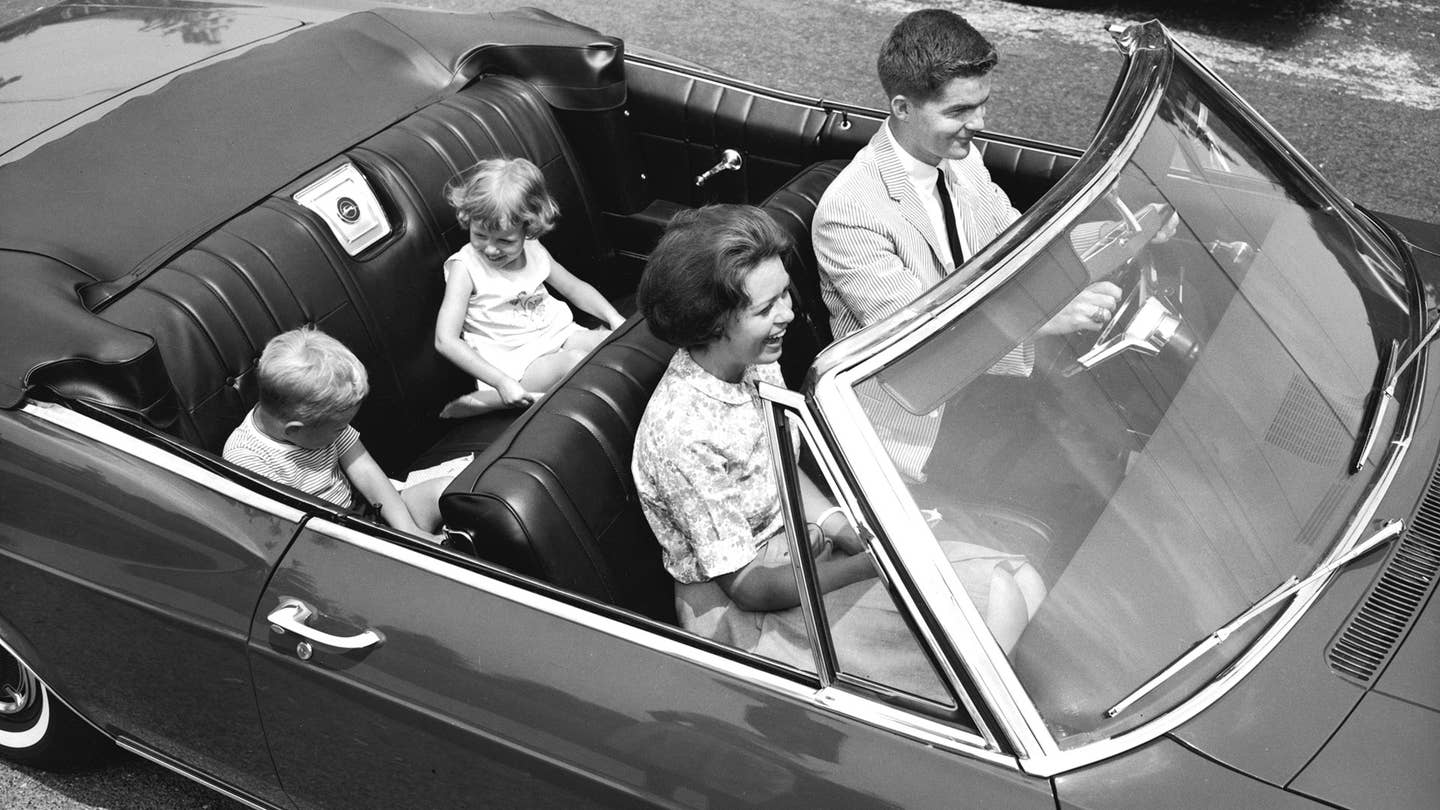 In 1968, the U.S. government mandated that every car be equipped with seatbelts. Thirty years later, dual front airbags were required in all cars and light trucks. As of 2007, every vehicle sold in the United States under 10,000 pounds must be equipped with electronic stability control. Luckily, circa 1960, none of those pesky safety features were around to put a damper on family fun! That’s how these two tots ended up in the back seat of a convertible, free as the air and sky.

In a time when sending your kid to school with a Lunchables—fillers, preservatives, nitrates and all—can merit a strongly worded letter from the P.T.A., there’s something sweet about a total disregard for the safety of children. The kids are having a ball, unencumbered and up front, mom and dad chuckle as they gaze through a not-collapsible steering wheel and over an unpadded dash, respectively. These jolly sacks of blood, jelly and organs don’t care what might happen in the event of a crash—they’re too happy soaking up those UV rays.

That’s the Sixties: pausing your children’s game of Chase Drops of Mercury Around the Floor in order to drunk-drive them to the ice cream parlor for a fizz. Say what you will about the drug culture of the late Sixties—at the decade’s dawn, folks were already in a happy oblivion.