A sneak peak inside a veteran war machine, which we drove. HEY WE DROVE A TANK! 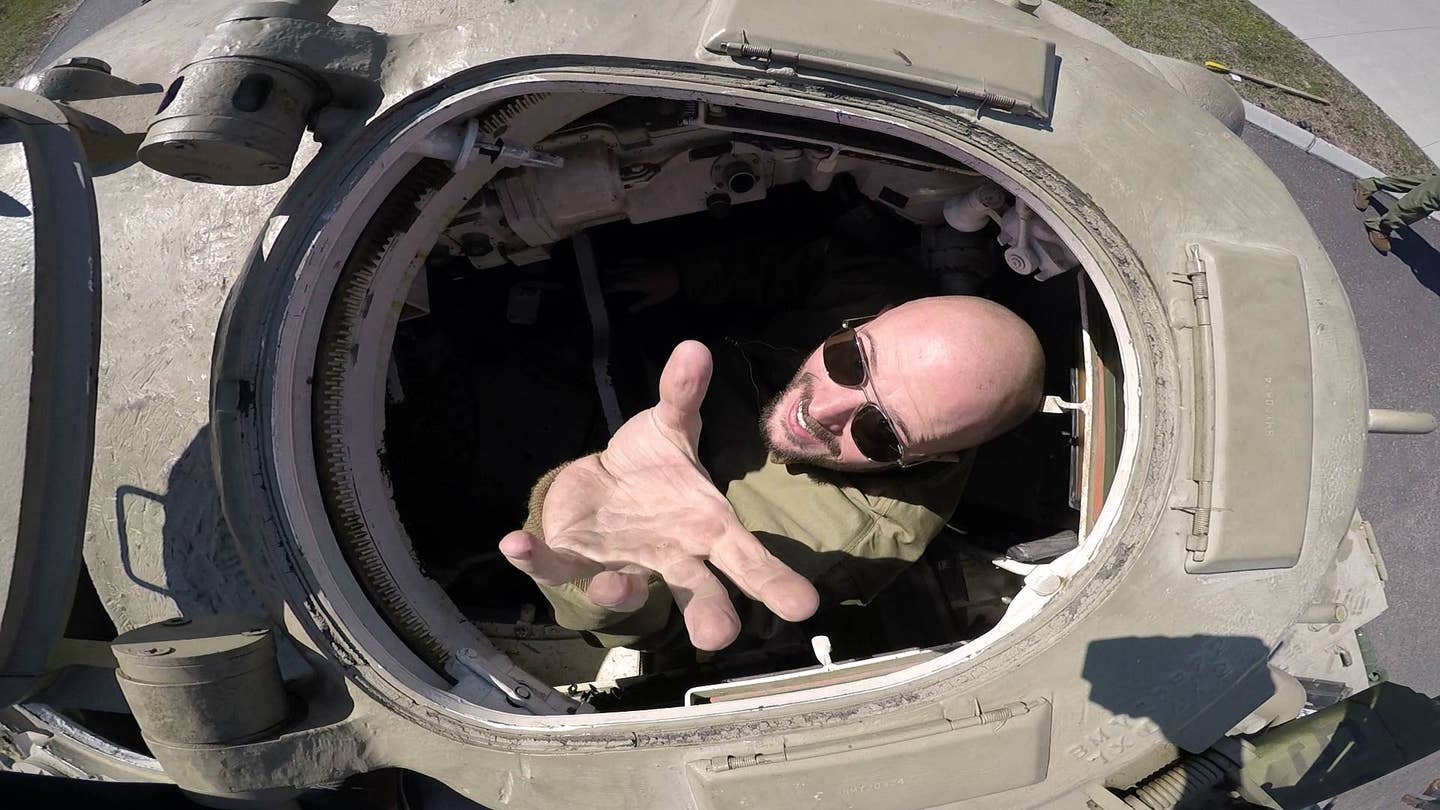 The Museum of American Armor on Long Island, New York is an amazing place—a pristine and expertly curated repository of the machines of war, from the humble Jeeps and ambulances and cargo trucks that kept the WWII effort humming to building-sized transporters and a whole selection of honest-to-god working tanks.

We were lucky enough to drive one—specifically, the museum's own M48 Patton tank, a Cold War-era American creation that was eventually sold to and went to war with Jordanian army, was captured (and had the cannon and engine upgraded) by the Israelis, and then disabled by an Egyptian RPG and captured before eventually being returned to the US as a collector's item. This is a "parts-matching" tank, as it were, all the moving parts and components and patina original to this battle-scarred combat veteran. It was amazing and humbling to be able to climb inside such a machine—not to mention more than a bit claustrophobic. Come inside for a quick tour, and check back next week to see the thing in action.