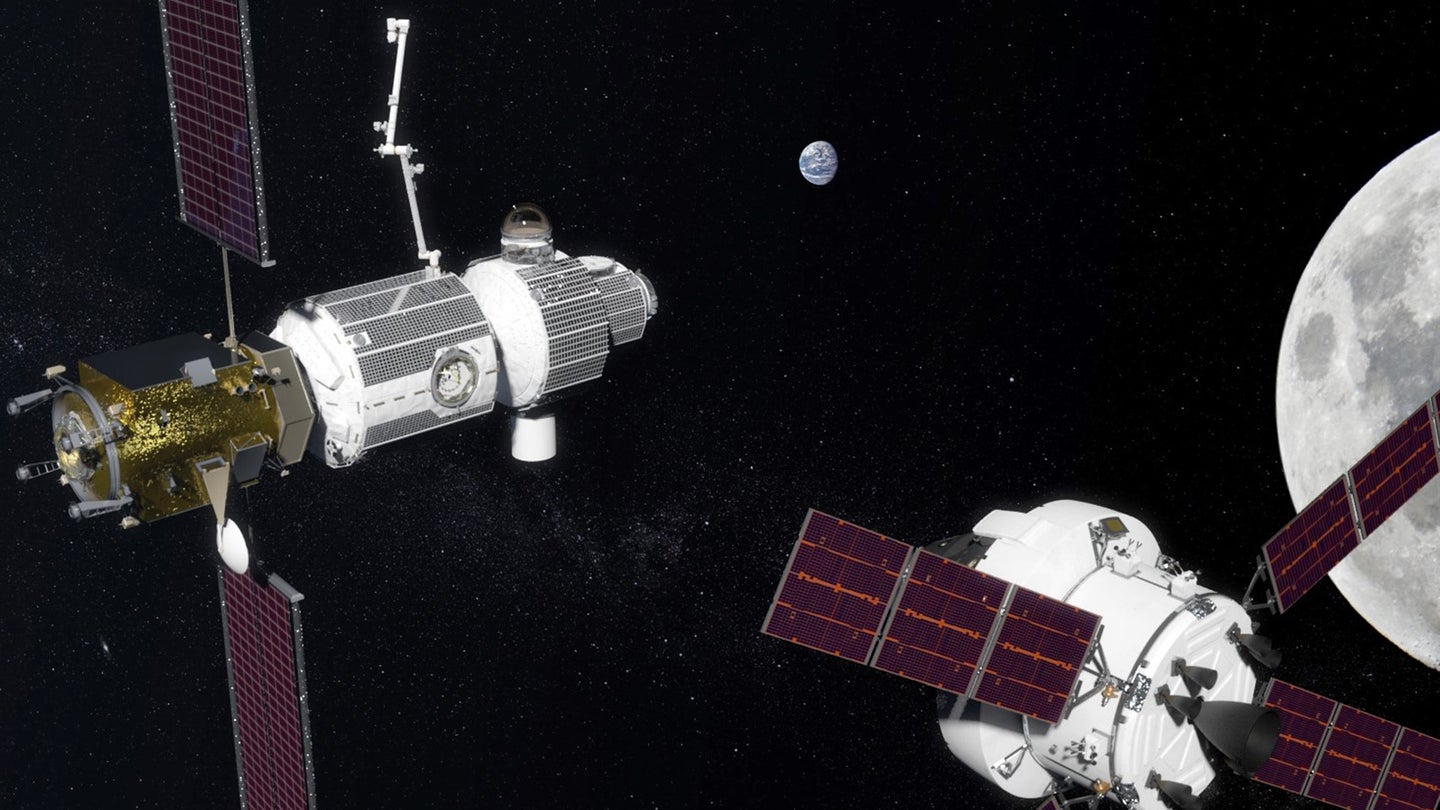 Anyone who's ever cracked one of the hundreds of incredible books about the history of NASA knows America's space agency has pushed the bounds of technology as often as it has gravity. Since the end of the space shuttle program, though, NASA's pace of technological advancement seems to have lost at least one small step. Even the new Space Launch System that packs the potential to send men back to the moon is a return to disposable, Apollo-style rockets, built out of stuff left lying around after Discovery, Atlantis, and Endeavor were mothballed.

But while NASA's next decade or two may be entail more rehashed ideas than the Fast & Furious franchise, America's Top Nerds do have one eye looking further into the future. Case in point: The space agency has announced it's going to provide funding 22 futuristic tech projects that seem torn straight from the pages of science fiction.

It's all part of the NASA Innovative Advanced Concepts program, also known as NIAC, because space agencies love acronyms. Each of the Phase I awards, which make up most of the cool sci-fi projects receiving funding under the study, receives around $125,000 and a nine-month timeframe to develop the idea further.

“The NIAC program engages researchers and innovators in the scientific and engineering communities," Steve Jurczyk, associate administrator of NASA’s Space Technology Mission Directorate, said in a statement. “The program gives fellows the opportunity and funding to explore visionary aerospace concepts that we appraise and potentially fold into our early stage technology portfolio.”

Some of the ideas that'll be getting funds are designed to improve space travel for humans who'd prefer not to months living in zero-g environments strapped to a tower of explosive fuel. There's John Brophy of the NASA Jet Propulsion Lab's "A Breakthrough Propulsion Architecture for Interstellar Precursor Missions," which proposes blasting a spaceship's solar panels with giant lasers in order to power an ion engine that could push a ship the size of the space shuttle orbiter to Jupiter in just one year. Or Jason Gruber of Tampa, Florida's simply-named "Turbolift," which, while inspired by the elevators on Star Trek, is actually a chamber designed to simulate gravity by placing astronauts in a chamber that falls at 9.8 meters per second for one second, spins 180 degrees, then repeats the trip in the other direction.

Then there's a few designed to make astronauts' lives easier once we make it to the Martian surface. John-Paul Clarke of the Georgia Institute of Technology's "Evacuated Airship for Mars Missions" proposes building a dirigible for moving around on Mars; since the Red Planet's atmosphere is so thin, the space usually filled with helium on an earthly blimp instead would contain a vacuum. And Adam Arkin of UC Berkeley's "A Synthetic Biology Architecture to Detoxify and Enrich Mars Soil for Agriculture" proposes bioengineering a microbe that could detoxify and fertilize the poor Martian soil, enabling astronauts to grow crops on the surface. (Just as long as it's not f***ing potatoes.)

If you want to find out about the rest of NASA's Phase I NIAC plans (as well as the slightly-less-exotic Phase II projects), you can read all about them here. Just be prepared to spend the next hour or so geeking out if you do.

Note: We took the image above from a different NASA press release about sending exploring cislunar space. Turns out scientific project proposals with teeny budgets don't usually have much in the way of quality art.