Autonomy Is Experiencing its Awkward Adolescence

Noisy, combative, idealistic, given to flights of fancy—the future of transportation is going through some growing pains. 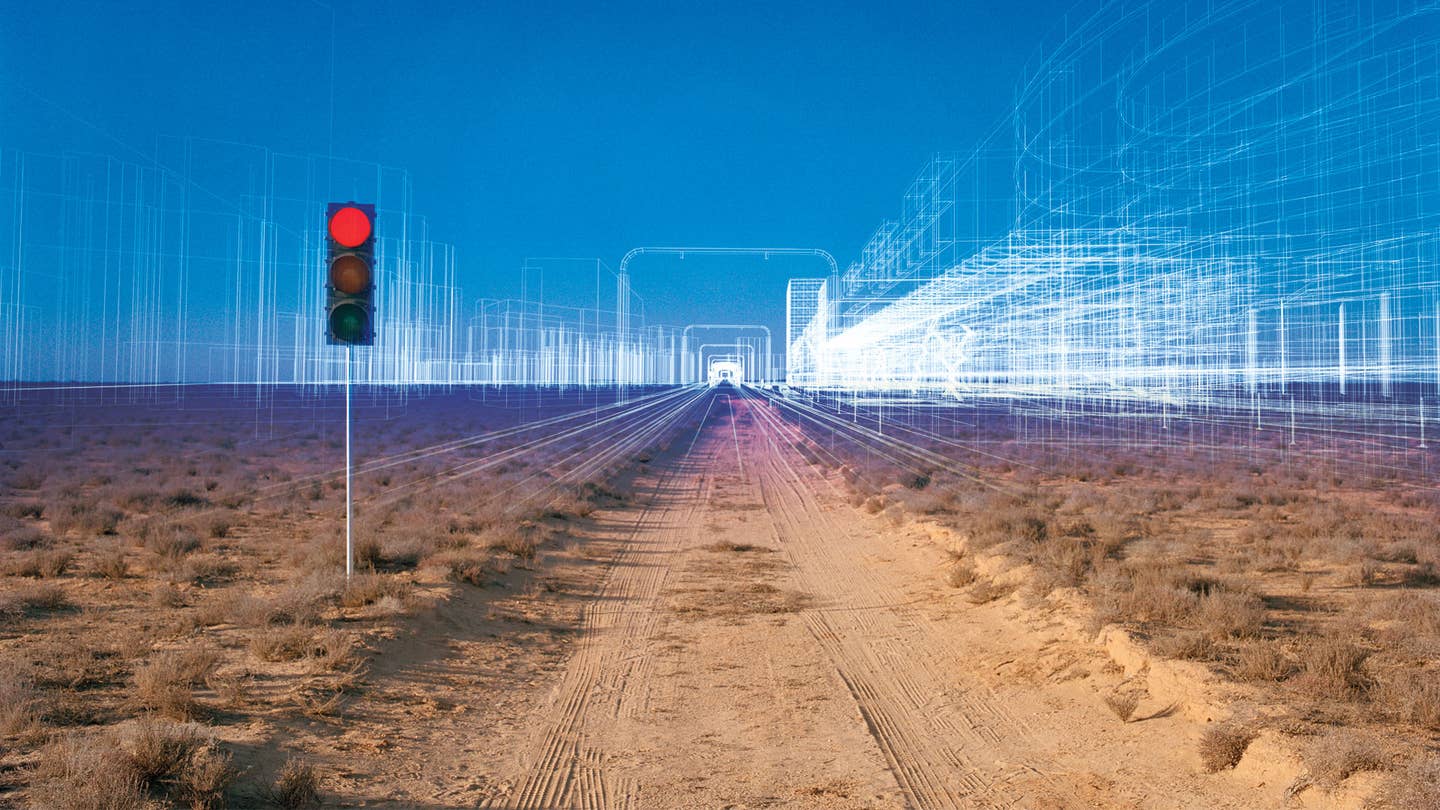 Depending on who you talk to, and when, the future of transportation is either a scant three years away, or won't truly materialize for another three decades. And if you haven't noticed, humans suck at predicting the future.

Regardless of who is proven correct, we live in strange times right now. Many things we know and understand, from the food we eat to the internal combustion engine that powers us to the grocery store to buy it, has been all but perfected. Meanwhile, our daily tech devices barely compare to their counterparts from just 10 years ago, the delivery and dissemination of information happens within milliseconds of real-time, and a surgeon 3,000 miles away from his patient can do his job with a robot.

So it's understandable why there's some pent-up demand for remaking the way we move physical objects for the new age.

But that electrified, autonomous, connected vehicular future is still years away from making a substantive impact—which leaves us in the adolescence of technology, with one foot on sure ground and the other wavering between shaky pillars propped up by futurists and fortune-seekers.

Self-driving cars, vehicle-to-vehicle and vehicle-to-infrastructure networks, and global ride-hailing services are all working at a small scale or just on paper, and it's similar to nearly every "new" consumer technology: VR and AR have barely arrived; AI is picking up pace but isn't close to breaking into stride; we've just begun to see the first useful wearables; and body implants are the exclusive purview of people willing to undergo un-anesthetized surgery just to feel magnetic waves, or have one less thing to carry around.

The "future" that's here has nothing to do with distribution and everything to do with shipping—specifically, a real product that consumers will use. Alternatively, at least scaling back expectations with reality.

The LeEco event last week seemed to snap that into sharper focus. Here's a company, with no established presence in the U.S., trying to bring TVs, phones, a subscription content business, a bike, and an autonomous vehicle to market—all driven by a single executive's ideas and investments. And none of it is possible without a complete disregard for both complex markets and basic reality.

More grounded in the real world, but just as far off, is Tesla's latest autonomous hardware announcement. The new kit promises to propel Tesla owners into a Level 4 (damn near fully-autonomous) world, which is still at least three years away by the most aggressive and optimistic prognosticators. But that kit isn't out yet, and won't be fully realized until the Model 3 starts production at scale in . . . 2019, maybe? And is that the year when we'll really hear about the car-sharing Tesla Network? It's all open to speculation, just like the future it lives in.

Google, to its credit, initially pointed to a deployment horizon of 2020 for its autonomous car program, and has quickly scaled that back, particularly after the departure of the Self-Driving Car project's head, Chris Urmson. Just this week, the autonomous car program is being spun out of Alphabet's moon-shot factory, X, and is on its way to becoming its own business. But even during that announcement at the WSJDLive conference, X chief Astro Teller managed expectations by explaining that the cars will roll out "incrementally over the next several years as they improve with more time on the road," according to the Wall Street Journal.

This cautious approach, which Teller reiterated during the event (the word "safety" came up more than a dozen times), combined with the news that Apple's "Titan" car project has shifted from hardware to software, seem to be the first indications that a shift in focus is underway, from what was thought possible to what is executable.

It's a trend that Silicon Valley is seeing writ large, as flights of fancy and VC ego are finally getting a hard look under the microscope. Profitable or unprofitable? Scaling or scaled? Disrupted or dead? Nothing seems more difficult, on all fronts, than the challenges facing cars.

Just as that realization is settling into SV, automakers are scaling up their own efforts to go beyond simply selling tools for people to drive. The overly cautious approach for which automakers are known—and, recently, lambasted—may finally be getting some of its due (see Tesla versus Buick on the recent JD power quality scores), and that irony isn't lost on the executives, engineers, and line workers in Detroit, Germany, and Japan.

But even the biggest players in automotive don't foresee a revolutionized transportation future coming anytime soon. All-electric powertrains are only now beginning to catch on, and advanced driver assistance systems are becoming available to the masses, but these have been incremental advances over decades of testing and wide-scale production.

This is the reality that's beginning to be understood to everyone in the transportation industry. The grand vision makes sense, but its execution is at the moment just as theoretical. And while the future may be coming, right now it's not even breathing hard.