CEO of Tesla and SpaceX opens the floor for questions. 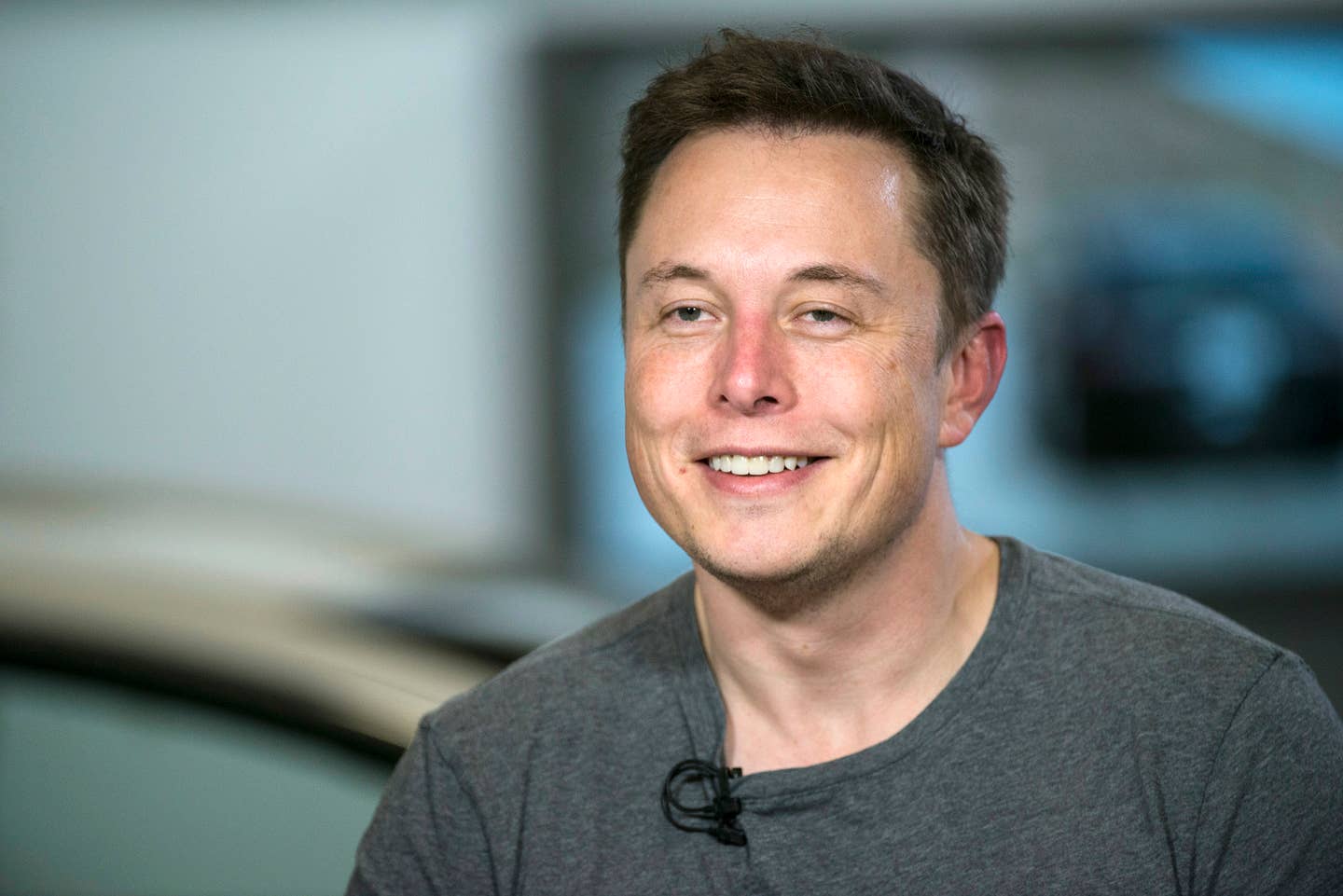 On Sunday evening, Elon Musk, the billionaire tech mogul and nerd hero behind Tesla Motors, hosted a special two-hour Q&A session on Reddit. The AMA, which lasted roughly two hours, was intended as a supplement to the presentation he gave on during last month’s International Astronautical Congress.

You know, the one where he detailed his intention to colonize Mars.

So the chat resided in the SpaceX subreddit. Which, in turn, meant questions were limited to the fledgling commercial rocket program, and Interplanetary Transport System, not Musk's electric car company or recently consolidated renewable energy firm, SolarCity. The AMA attracted some 5,000 comments, but the man kept things pretty low-key. Biggest revelations? He thinks SpaceX’s Falcon 9 boosters “could be used almost indefinitely, so long as there is scheduled maintenance and careful inspections.” Also his timeline—Musk stated that he’ll “try to double the number of flights with each Earth-Mars orbital rendezvous, which is every 26 months, until the [Martian] city can grow by itself.” Pretty wild.

You can read Elon Musk's SpaceX Reddit AMA in its entirety here. Alternatively, a few highlights…

When unveiled, the new SpaceX tank made our inner engineer swoon. It’s the size of a small building, and hewn from carbon fiber. Per Musk, it’s also already ready for testing:

"The flight tank will actually be slightly longer than the development tank shown, but the same diameter.

That was built with latest and greatest carbon fiber prepreg. In theory, it should hold cryogenic propellant without leaking and without a sealing linker. Early tests are promising.

Will take it up to 2/3 of burst pressure on an ocean barge in the coming weeks."

Infrastructure on Mars (and life in transit).

Ungainly concrete slabs and port-a-toilets won’t be making a trip to Mars. So what will colonization there look like? Expect details on the interior and habitation areas when live mockups arrive “maybe in a year or two.” Says Musk about the foundation:

"Initially, glass panes with carbon fiber frames to build geodesic domes on the surface, plus a lot of miner/tunneling droids. With the latter, you can build out a huge amount of pressurized space for industrial operations and leave the glass domes for green living space."

As for the interior of the ITS, for passengers en route to the Red Planet?

"Will aim to release details of the habitation section when we have actual live mockups. Maybe in a year or two."

Don’t get too attached to the Interplanetary Transport System moniker. Musk is none too pleased with it at the moment:

"I think we need a new name. ITS just isn't working. I'm using BFR and BFS for the rocket and spaceship, which is fine internally, but..."

Read: “Big Fucking Rocket” and “Big Fucking Spaceship.” A little rich, coming from the guy who once promised to “unveil the D” on Twitter. Guess the marketing people have to draw the line somewhere, though.

So, what would you name the SpaceX system? Drop your nomination in the comments section below.