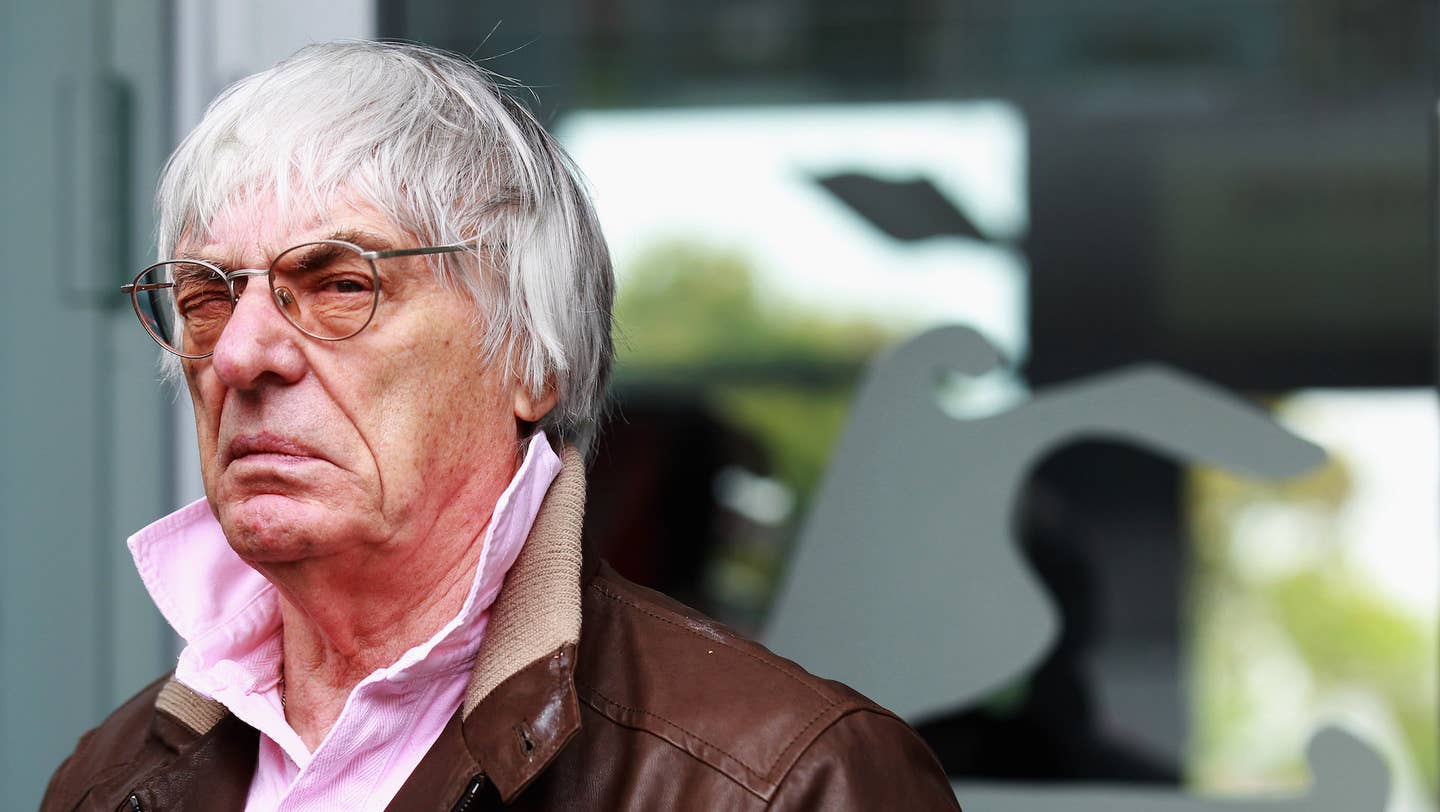 Formula 1 recently reversed its ill-received rules on team radio restrictions, a rare win for the fans. (Well, ostensibly, at least: The decision likely had more to do with Mercedes-AMG, currently the sport’s most powerful team, being penalized for violations at the British Grand Prix. But whatever.) Not only did the FIA do away with a ban on strategic chatter, but also freed up other radio messages previously kept private by teams. This, says the FIA, improves the race experience for spectators.

And, as if on cue, hearing that F1 followers might find some enjoyment in the sport, Bernie Ecclestone emerged from under his bridge to straighten us out.

According to German magazine Auto Motor und Sport, Ecclestone plans to “sell” the newly available radio communications. That likely means a tiered paywall, wherein the public has to pay for varying levels of access to talk between drivers and the pit wall. So, for the average fan, this basically negates the release of those new radio messages.

Recent crises, it seems, have done nothing to alter Bernie’s feelings about demanding ransom.

Monetizing certain radio messages is wholly indicative of F1’s continued misunderstanding of technology and fan access. This is a sport that, for its size, has a middling social media presence, a sport that invests considerable sums into monitoring unlicensed YouTube clips and has just recently created a usable (still not great) tablet application. As a product, the visceral appeal of F1 is worse than it’s been in decades. Small things, like total and unlimited access to team radio is small, matter more. Bernie’s clever, and crafty, and has done wonders to keep F1 in the spotlight and relevant. But his draconian, short-sighted ideas about access don’t work anymore.

The NBA is doing it right, and reaping the benefits. Regime change in F1 can’t come soon enough.