The most epic of GoPro timelapses. 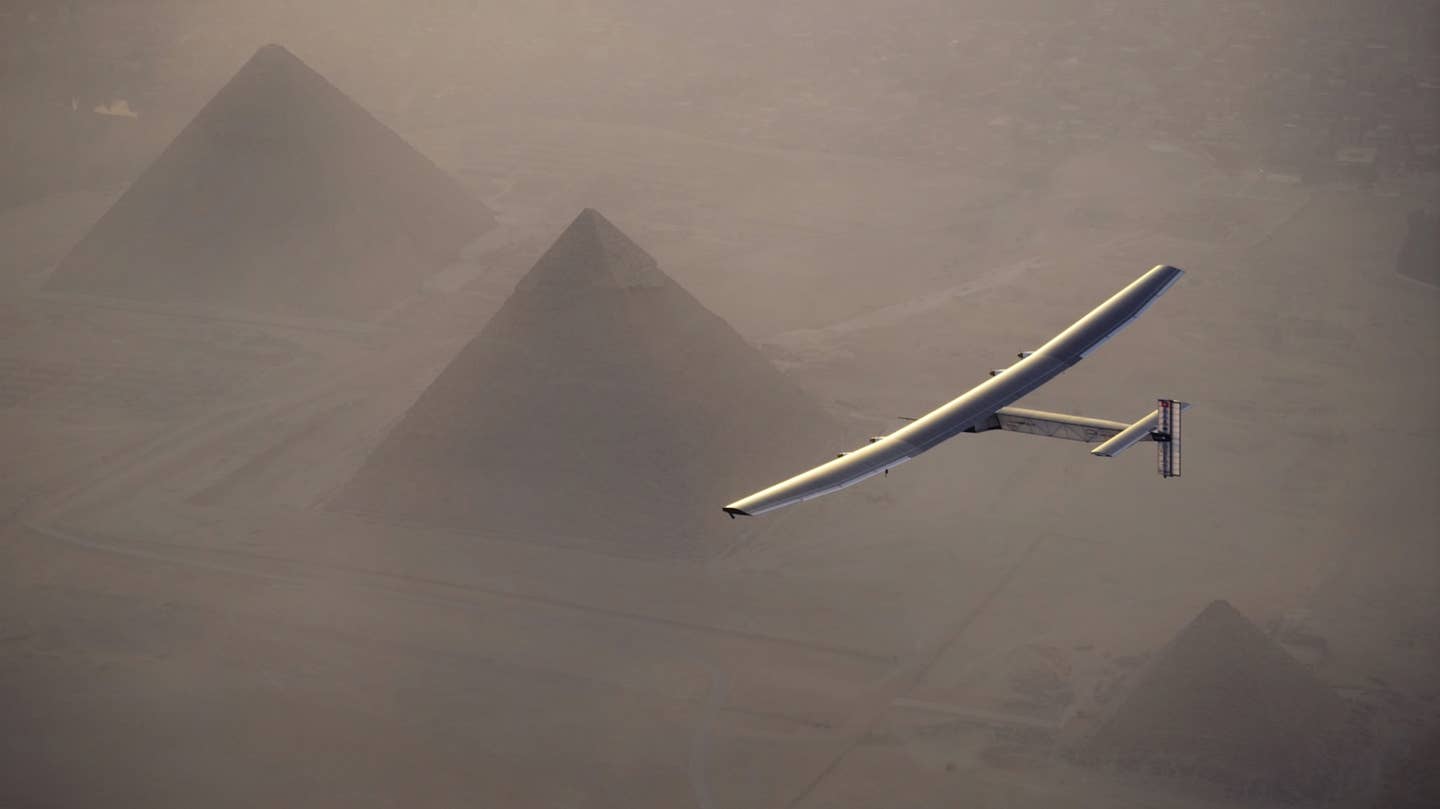 Solar power is hot right now. Credit Elon Musk, the brainiac CEO of Tesla, who stumped for the renewable energy source in his “Master Plan” blog post last week. Of course, that’s got everybody talking, but it’s not like solar power development ever went dark. Far from it. People have just forgotten about some of the cooler projects.

See: Solar Impulse 2, the Swiss-designed, long-range experimental aircraft that took off from Abu Dhabi sixteen months ago. Si2 is a wild thing, heavy as a Bentley Continental with a wingspan broader than that of a Boeing 747. Encompassed therein are more than 17,000 solar cells, transferring energy to quad electric motors, which in turn charge quad lithium polymer batteries and rotate the plane’s propellers.

The mission? Circumnavigate the globe without using fossil fuel.

Since then, Si2 has been all over. To Oman and then India, India to Myanmar, Myanmar to China, China to Japan, Japan to Hawaii, all across the continental United States, then across the ocean to Spain and over to Egypt. To celebrate the conclusion of their trip, the pilots, Bertrand Piccard and André Borschberg, have released a GoPro timelapse of the plane’s incredible journey since spring. Traveling more than 13,000 miles in just over 60 seconds is beautiful and hypnotizing, and a reminder that even the biggest things we build are still impossibly small. You’ll want to watch this one a few times.

In addition to the timelapse below, you can watch Si2’s historic landing at its port of origin in the UAE live here.