The Michigan startup's unique battery was tested twice, and both times it clocked over 750 miles. 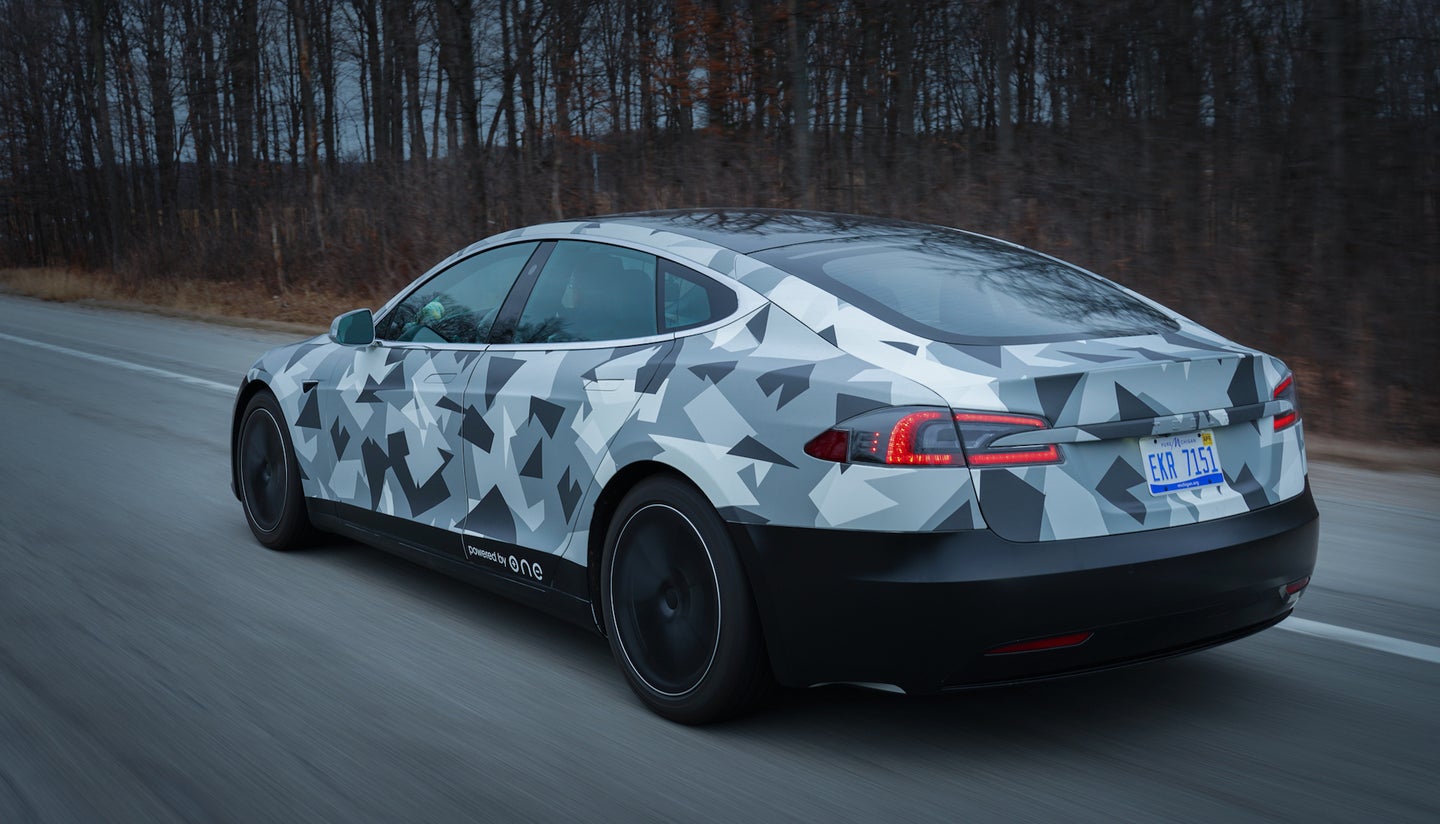 An electric car's driving range is a big frickin' deal. It's why Mercedes-Benz was so pleased when it leveraged F1-derived battery and wind-tunnel technology to create the Vision EQXX Concept with a massive 620 miles of range. That's not sarcasm. If accurate, 620 miles is huge—even in a relative concept car, given that it actually works and is road legal. Michigan battery startup Our Next Energy (ONE), however, has reportedly gone a step further, squeezing 752 miles from a single charge without stopping to recharge.

According to ONE, it swapped a Tesla Model S's battery for one of its own design—a patented technology called Gemini—then it ran a bunch of tests to prove the range possible. ONE's founder and CEO, Mujeeb Ijaz (formerly the senior director of energy storage at Apple) told The Drive the following in regards to its findings:

"We conducted two tests, the first on public roads in a trip that spanned Detroit Michigan to Michigan’s Upper Peninsula and back," said Ijaz. "We recorded 752.2 miles one this run at an average speed of 55 mph and in average ambient temperature conditions below freezing. The second test was conducted indoors on a vehicle dynamometer at 23 C (73.4 F) temperature at 55 mph and we achieved 882 miles during this test."

"It is not surprising that we were getting more range on the dynamometer given the improved temperature conditions and no other factors such as hills and headwinds."

In case you want to compare the 752 miles that ONE got out of the modified Tesla to the EQXX's 620, then you'd have to acknowledge that ONE used a 203.7 kWh battery whereas the Mercedes ran with less than half of that, only 100kWh. And also that people don't simply continuously drive at 55 mph, which is still slower than when Edmunds tested EV ranges at a constant 65 mph. It's also worth noting that Mercedes was also using F1-grade materials in a concept car, whereas ONE's Gemini battery is in a "proof of concept" stage (so it gets the performance and energy density needed but maybe not the exact packaging) and ready to be prototyped into production use.

The exact tech for Gemini is, appropriate to the name, a kind-of dual system, and that's where it gets wild. ONE uses two types of batteries in essentially a single package, a traction battery that runs up to 150 miles of range, which is lithium-iron phosphate and relatively small. And then there's a much bigger range extender battery with a more radical (although also lithium-ion) structure, which exists to give the traction battery up to 600 miles more range, onboard.

It's worth noting that the Tesla Model S wasn't modified and wasn't exactly made more efficient for ONE's test. It was simply given a new battery.  I did check into who verified ONE's tests, and although ONE said it didn't have permission to share, the company appears to be well-known and constantly does EPA ratings for automakers.

So while there's definitely something to watch here from the two-year-old startup, it's clear that the tech isn't available to consumers yet. Perhaps the biggest takeaway is that things are clearly at a tipping point where high-mileage EV batteries will start surfacing over the next year or two. And that's a very good thing.

Got some cool batteries? Tell me about them on hazel@thedrive.com