"Strong 'Fallout 3' vibes," says the man who discovered it. 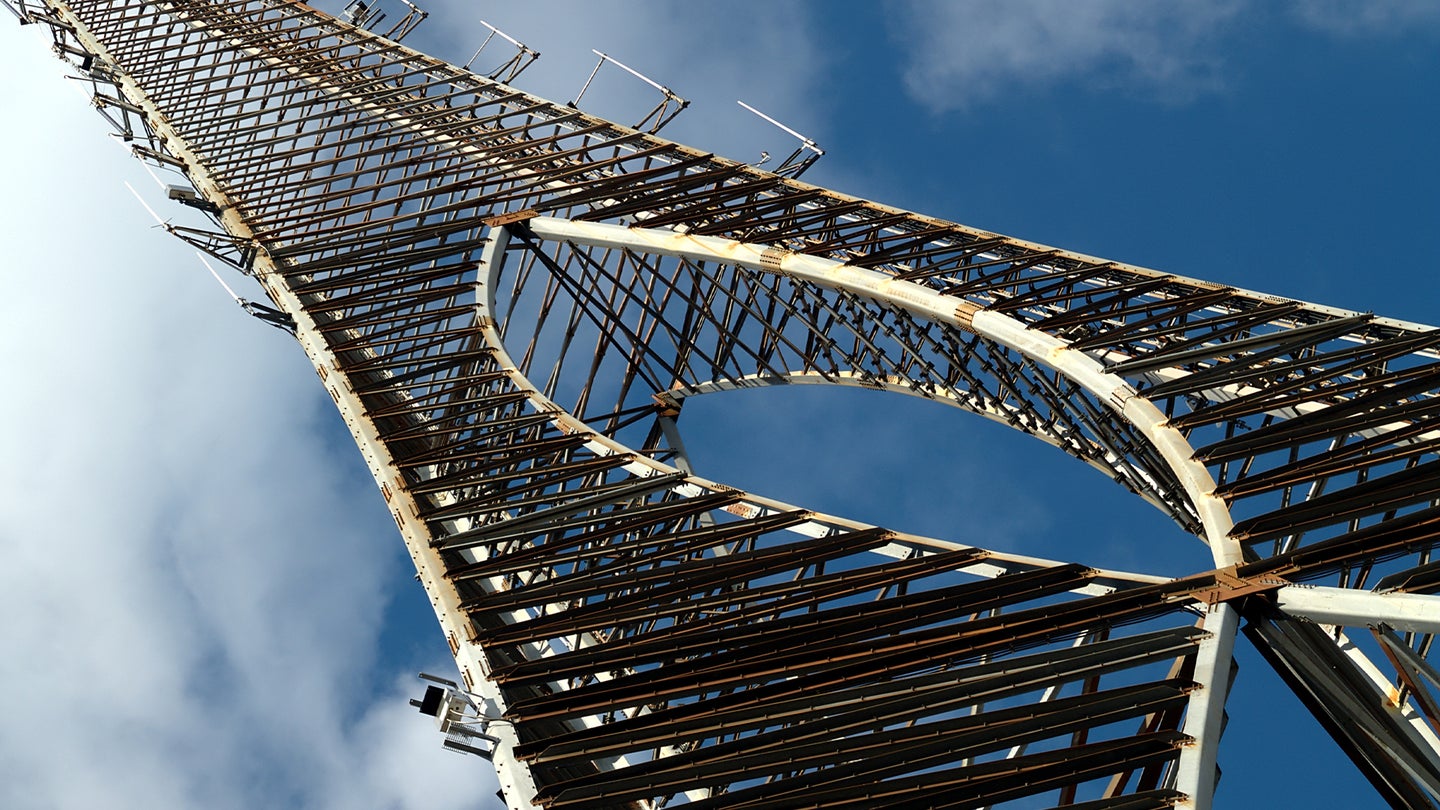 Not everyone pays the most attention to AM radio. To some, talk is talk and fuzzy signals are exactly that. Still, it'd be odd if the same broadcast looped continuously for eight years without anyone noticing—but it's not impossible.

As it turns out, that very scenario took place up until this week in Washington D.C. where an AM radio station had been broadcasting the same traffic report since 2013, and nobody seems to know why.

It was first pointed out on Twitter by Matt Blaze, security researcher and chair of computer science and law at Georgetown University. In certain parts of D.C., you could tune-in to 1650 kHz and be greeted by a looped recording. The message, which read off the call sign WQOQ613 and warned listeners to avoid the 14th Street bridges, had been repeating since at least Jan. 21, 2013—the day of former U.S. President Barack Obama's second inauguration. But that was more than eight years ago. Why in the world would this message still be broadcasting? And why could it only be picked up in certain parts of the city?

To answer that question, I reached out to several individuals who work for the District of Columbia, including the technical contact registered with the FCC. Within an hour of sending off an email, my phone rang and Bill Curry, the chief of communications security at Homeland Security Emergency Management in Washington D.C., was on the other end.

Bill was immediately interested in the rogue signal. He didn't seem rushed or bothered by the fact that the message was being broadcasted, but was instead curious that it managed to stay alive for so long without anyone knowing that it existed or complaining that it was out of date. See, Bill has been a radio enthusiast his entire life, even building homemade Ham radios before he began working with RF professionally, so the thought that some unmanned station was looping a recorded message was...intriguing.

While on the phone, Bill's brother flipped on his historic Zenith Trans-Oceanic radio and sure enough, the traffic report began to play. Couple his interest with the security and communications work he does with Fusion Centers and it was clear that he needed to know where the signal was being broadcast—if, for nothing else, to satisfy his curiosity.

After exchanging stories about adventures in our own siloed worlds of engineering, Bill had a theory that actually seemed quite plausible: someone just forgot to flip the off-switch. See, when it comes to radio communications in Washington D.C., many people live under the "if it isn't broken, don't fix it" philosophy—especially since erecting a new radio tower is an extremely complicated process within a certain radius of the nation's capital.

According to Bill, the signal may have been originally transmitted on several temporary stations, all of which were thought to have been decommissioned some time ago. Some of these transmitters may have been affixed to telephone poles on the side of the highway, while others could've been stuffed into two-wheeled trailers to be towed wherever needed. The equipment in these trailers is often powered by solar panels so it can operate without an external power source. His bet was on the latter, that the case of the mystery radio signal may have just been sitting in a vacant parking lot getting power from the sun and transmitting the same traffic information day after day for eight years.

Because the location of the transmitter wasn't documented, Bill needed to organize an effort to locate it. His team set off with a Radio Direction Finder (RDF), a device with a unidirectional antenna meant to help find the source of a radio signal, and began the hunt. And by the following afternoon, the signal finally stopped broadcasting across the D.C. airwaves.

It's honestly kind of upsetting to know that it's gone—a little less electricity in the air. Just as quickly as it was found, the mystery signal simply fizzled out. Someone at Bill's directive must have found the transmitter and finally finished the job someone forgot to do eight years ago. We'd like to think of it as a service, considering the license expired later this year anyway (a decade after it was issued).

Unfortunately, while the signal may be no more, we still don't know exactly where it was being transmitted from. Perhaps it was a trailer parked in a vacant lot, or maybe a station was stuffed inside of an old decommissioned building. The world may never know—but at least we won't forget about the eight years of a phantom government traffic report riding the airwaves of Washington D.C.