So what if it’s really goddamn cold in most of the northern hemisphere? Riders gotta ride. 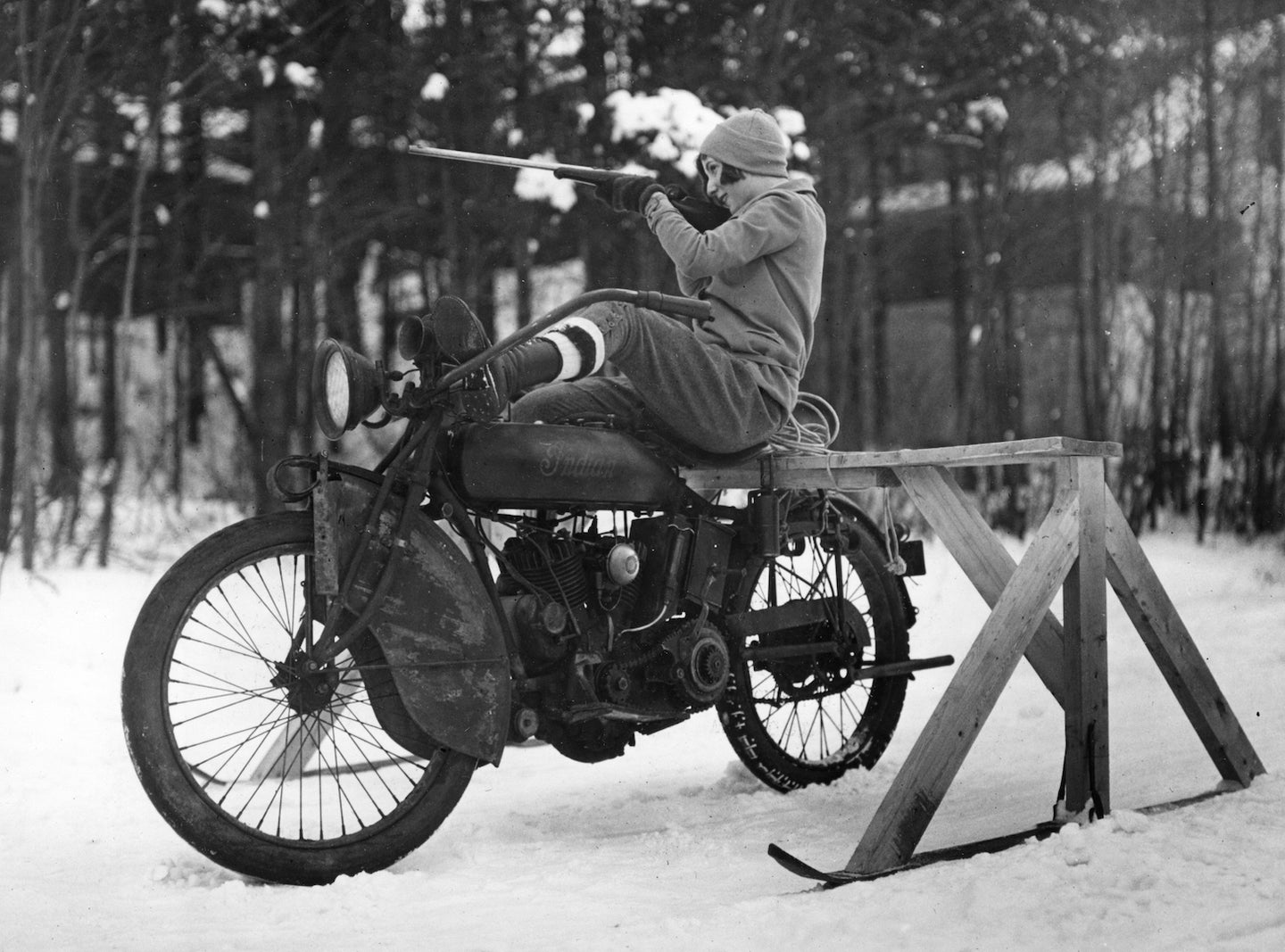 Some people think riding a motorcycle is at best a three-season pursuit. It's too cold, they say. And to them I say, Well, yeah it sort of is. But I ride in the winter anyway, in part because I love it, in part because I'm pretty butch, and in part because to hell with traffic. I set my lower temperature limit at 32 degrees, considering that at 45 miles per hour, the wind chill on my bike, a Ducati Desert Sled, feels like an arctic blast of 15 degrees. Imagine sitting on a motorcycle for 30 minutes. That gets cold.

So what's the best way to get through the winter on your bike and into the warmer months? Follow this guide, fellow riders, to some of the most reliable—and holiday gifty!—ways to stay both warm and cool.

The good news about riding in the cold is that you're (in most states) required to wear a really thick helmet that'll trap in all the heat generated by your noggin. Thanks, nanny state. But not all helmets are created equal. We have a soft spot for Italian helmet maker AGV. Required in the winter: A full-face configuration with a pinlock lens prevent fog—or even frost—from forming on the lens. You'll also want to be able to reduce chilly wind flow. The AGV Corsa does all that, with the added benefit of being supremely stylish as well as endorsed by Valentino Rossi (WLF ftw).

Ok, so maybe the helmet is a great windbreaker. But you're going to need a base layer for that skull of yours, as well as your face and neck. There are many balaclavas out there, but the Alpinestars Winter Touring is sewn with flat-lock seams that fit flush under your helmet so that on long rides they don't dig into your scalp. This Alpinestars balaclava also extends onto your shoulders.

Without the right winter riding gloves, you're going to hate yourself after about 3 minutes of riding. The Joe Rocket Wind Chill Gloves are not the fanciest, best looking, or most high-tech. But they are absolutely rock-solid reliable. A lot of riders go for heated gloves that plug into your SAE port. I find the cords annoying and the payoff not quite there. These Joe Rockets are wrapped in a cowhide outer layer, with a waterproof Dry-Tech midliner, and 100G Thinsulate on the inside. The fingers are pre-curved, the palms padded with vibration dissipating gel. Cozy.

On the other hand, why suffer? What's a little annoyance if the reward is really warm fingers. These Venture Heats plug right into that SAE port and fill your finger holes with the feeling of summertime.

There is no more important piece of kit for winter riding than the jacket (I mean, besides the helmet. And the pants, and the boots). Pick the proper jacket and you can build from there. This Alpinestars Andes V2 Drystar is a great all-around jacket that adapts well to Very Cold Conditions. The shell is made from Alpinestars' reinforced poly-fabric textile and Drystar waterproofing. It is breathable—with a newly developed direct ventilation system—so you can convert it into a four-season jacket. It comes equipped with CE-certified internal impact protection on the shoulders and elbows and a very warm 100g thermal liner. It's also not going to destroy your riding budget.

The late and legendary Hunter S Thompson's first book was his best, most honest, and most sharply reported. A brutal look into the early days of America's most notorious gang, Hell's Angels is also the first important document of medium in which the Angel's worked: the motorcycle. It also has the best writing on radical riding ever put to page:

"With the throttle screwed on there is only the barest margin, and no room at all for mistakes. And that's when the strange music starts, when you stretch your luck so far that fear becomes exhilaration and vibrates along your arms. You can barely see at a hundred; the tears blow back so fast that they vaporize before they get to your ears. The only sounds are wind and a dull roar floating back from the mufflers. You watch the white line and try to lean with it ... howling through a turn to the right, then to the left and down the long hill to Pacifica ... letting off now, watching for cops, but only until the next dark stretch and another few seconds on the edge. The Edge. There is no honest way to explain it because the only people who really know where it is are the ones who have gone over. The others—the living—are those who pushed their control as far as they felt they could handle it, and then pulled back, or slowed down, or did whatever they had to when it came time to choose between Now and Later."

Ok, so this isn't the sexiest gift you can buy for your favorite biker. But it is the gift that might keep him or her from freezing to death if a tire is punctured by a stray bolt lying on a lonely country road. Or worse, by a root on a fire road. The BikeMaster kit comes with all the tire and tube repair pieces you'll need—an aluminum chuck, a T-handle reamer, string plugs, a multitool, and five 16-gram CO2 canisters to re-inflate a flat. Buy this: It just might save your life.

Weird shit can happen on a motorcycle. I've had an angry driver in a priest frock chase me through gridlock, hand on horn well past crazy time, after I harmlessly lane-split past them on the Brooklyn-Queens Expressway. I've hit and presumably killed birds. I once accidentally rode a Yamaha YZ-80 into a 200-foot deep granite quarry in Maine. Fun times like these are why you should ride with a running action cam. Many choose the GoPro. I go with the Garmin Virb Ultra 30, mostly because the Virb X has a gnarly feature called G-Metrix, a built-in GPS with external sensors that capture performance data like speed, elevation, heart rate, G-force, altitude, and map coordinates—each of which you can overlay onto rich, high-quality HD video.