Maezawa will be the first private tourist to orbit the moon and he plans to bring up to eight artists from around the globe with him. 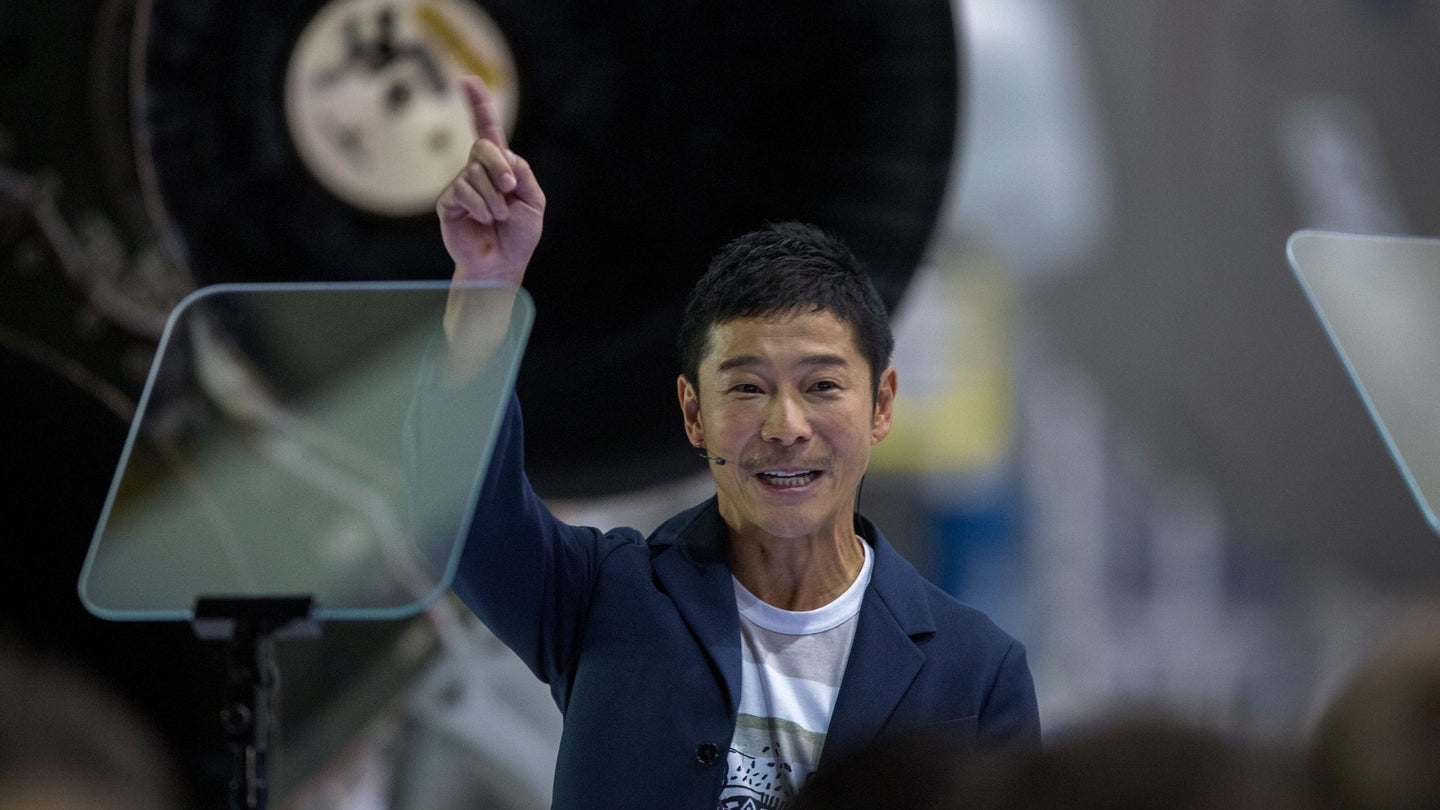 SpaceX announced Japanese billionaire Yusaku Maezawa will be its first passenger to orbit the moon in its Big Falcon Rocket.

Maezawa gained his riches by founding two major Japanese online retailers, Zozotown and Start Today, which have made him one of the wealthiest people in Japan. He will be the eighth space tourist in history, and the first to orbit the moon.

"Ever since I was a kid, I have loved the moon," said Maezawa according to CNBC. "It's always there and continues to inspire humanity."

Maezawa's trip will not just be for his ego's sake, however. He plans to tie the journey to his hobby of art collection, and states that he plans to bring six to eight artists of varying disciplines along with him as part of a project called #dearMoon, a collaborative art project intended to inspire humanity for generations to come. Some artistic disciplines outlined in Maezawa's mission statement film (embedded below) include: painting, photography, music, film, and fashion design. Other possibilities include sculpting, architecture, writing, and dance.

The journey will be made on the SpaceX Big Falcon Rocket (BFR), which is expected to begin testing in 2019. Its moon orbit is scheduled for 2023, but even with years of testing under its belt, SpaceX CEO Elon Musk doesn't see the trip as perfectly safe.

"To be clear. This is dangerous...it's not a sure thing...there are some chances things could go wrong," Musk stated, according to CNBC. He also declined to share what Maezawa forked over to fly around the moon, stating only that it cost "a very significant amount of money."