The Eli Zero Takes a Unique Approach To Electric Mobility 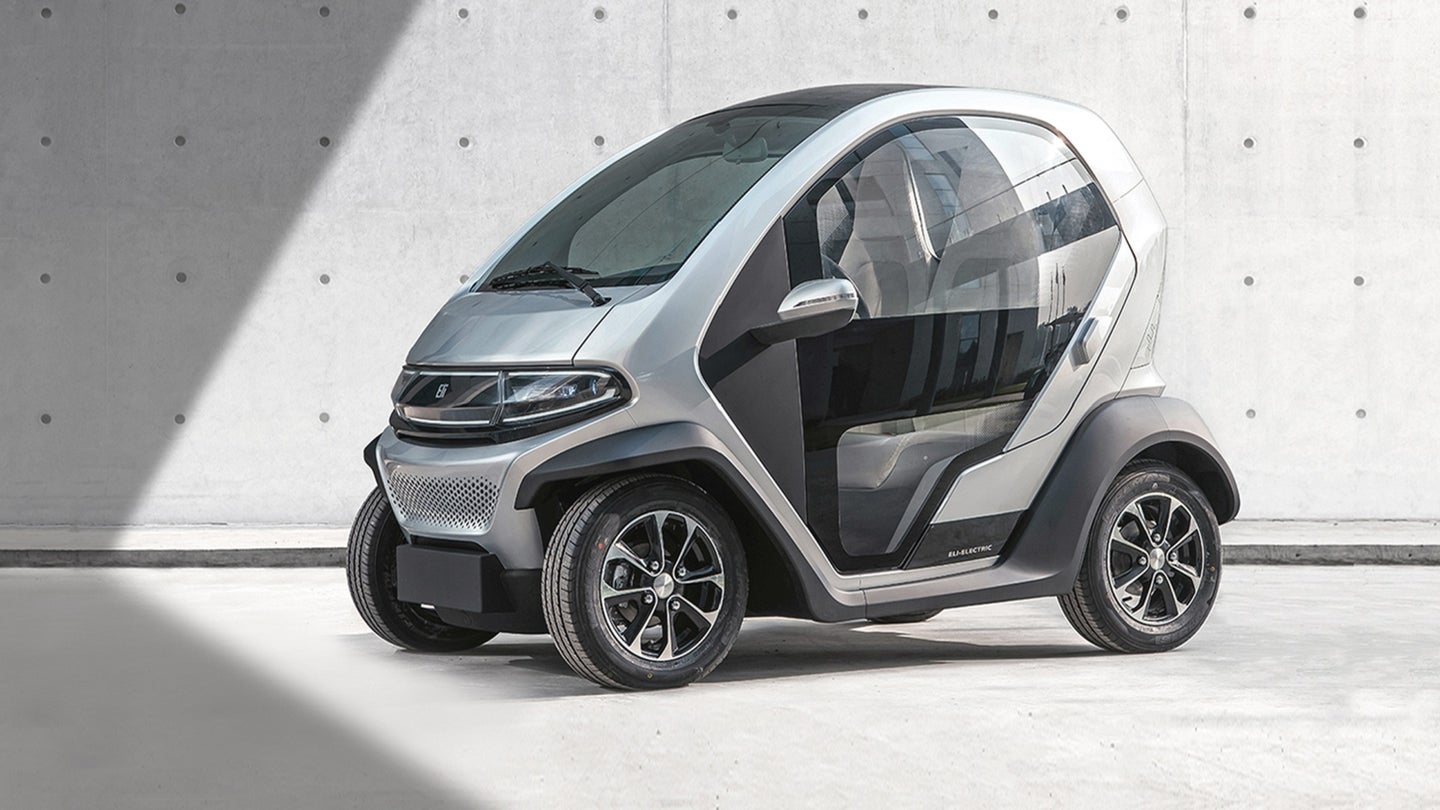 It's safe to say that most people have never heard of Neighborhood Electric Vehicles. Put simply, NEVs are small electric low-speed vehicles designed for short distance travel around a city or suburban community. So far NEVs are a small niche filled mainly by glorified golf carts. But one company, Eli Electric, intends to bring car-like utility, comfort, and safety to this segment while hoping to make NEVs more mainstream, starting with the Eli Zero.

While NEVs are street legal, they are also exempt from many DOT requirements for cars and trucks, enabling Eli Electric to keep the Zero's price down to between $9,900 and $11,900. And because it has four wheels, unlike the Arcimoto SRK, a standard driver's license is all you need to drive one.

The Comfort and Safety of a Car

"The world doesn't need another car," Eli Electric CEO Marcus Li told The Drive. But that doesn't mean the Zero skimps on creature comforts. From a proximity key and push-button start to heat, air conditioning, and a stereo with Bluetooth, the Zero provides a far more car-like experience than the modified golf carts that typically serve as NEVs.

The Zero could easily be mistaken for a car itself, despite being 30 percent smaller than a Smart ForTwo. Its overall length of 88.6 inches makes it even shorter than the original Mazda Miata's wheelbase of 89.2 inches. Yet the Zero still has room for two passengers and 5.65 cubic feet of cargo behind them.

Safety hasn't taken a back seat, and not because there isn't one. The Eli Zero is made out of high-tensile aluminum, both saving weight and adding strength. I've experienced how effective aluminum can be in this application in my VW Jetta Ute, whose aluminum rear structure makes the car at least as stiff, if not stiffer, than before cutting a quarter of its original steel structure away. The Zero has all the lights you'd expect to see in a car. Though it lacks airbags, it does have seat belts. Neither are required in an NEV.

The Size and Efficiency Of an NEV

But the main advantage of the Zero is that it is technically not a car. It is limited to a top speed of 25 mph, a requirement of the DOT's low-speed vehicle category. Its range is either 55 or 85 miles depending on which lithium battery system you choose. That's not much by electric car standards, but plenty for buzzing around town any given day. It recharges in six hours from any standard 110-volt outlet—no special fast charger required, which is more than can be said for many electric cars. Charging from a Level 2 station will drop the charging time to 4.5 hours.

The drivetrain is a 5.5-horsepower electric motor turning the rear wheels. Again, that doesn't sound like much, but the strength of an electric motor is torque and acceleration, which the Zero has. You don't need a lot of power if you're limited to a top speed of 25. Besides, the Zero weighs a mere 770 pounds—unheard of for an electric car. It'll get out of its own way just fine.

Another advantage of the Zero's small size is an extremely tight turning radius of 12 feet, the same as the standard width of a lane in the U.S. That means that the Zero can pull a U-turn in one smooth maneuver on a standard width two-lane road.

How To Get One

The Eli Zero is not yet in production. Eli Electric is currently taking pre-orders through its website, with the first Zeros scheduled to be delivered in December. The first 100 customers to place an order by May will get a $3,200 discount, reducing the purchase price to as little as $7,700.