Volkswagen Wants Humans and Robots to Work Side by Side

That may be easier said than done. 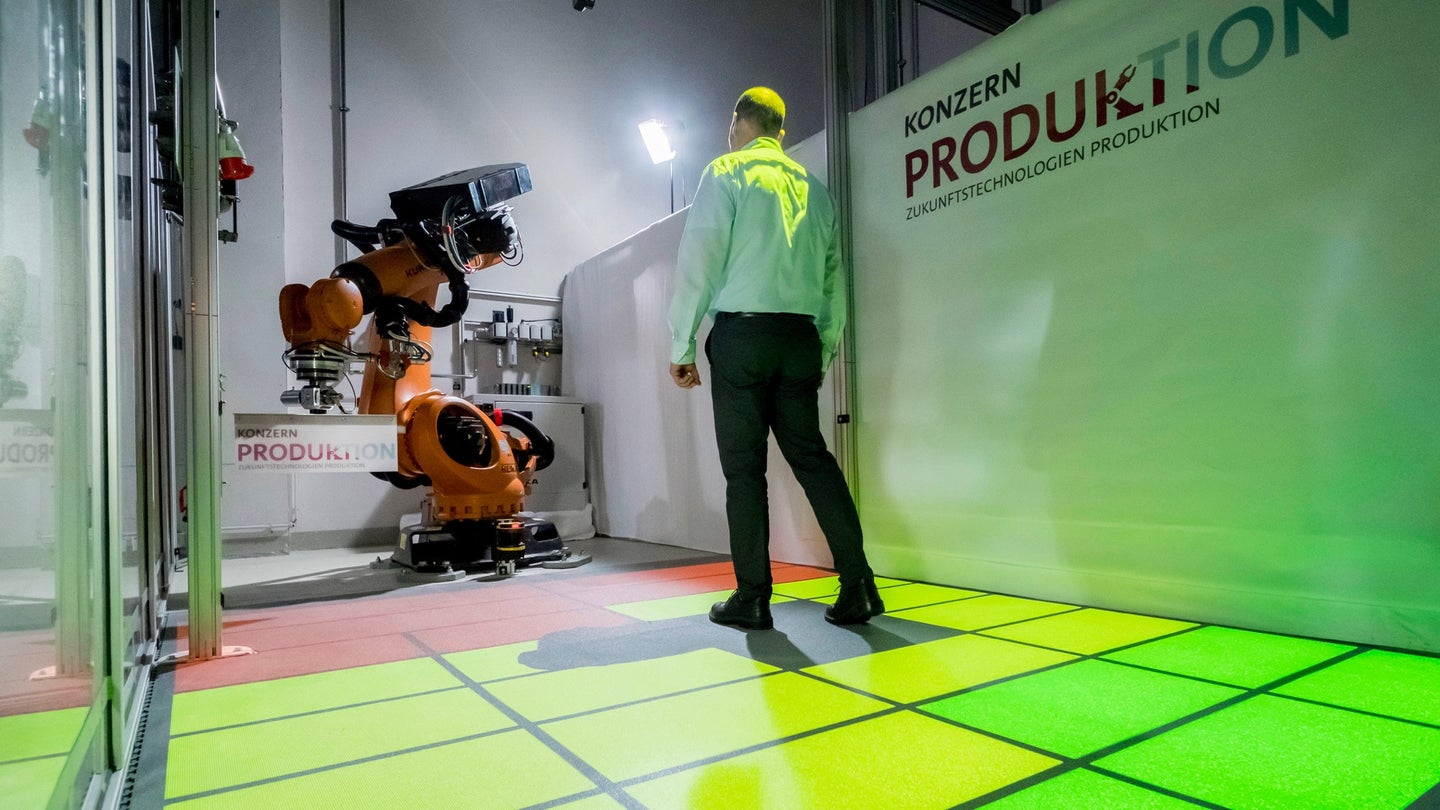 Robots are a common sight in car factories, but they typically have to be separated from human workers. The current generation of robots wasn't designed to work collaboratively with humans, making accidents a real possibility. But Volkswagen believes robots can work side-by-side with humans safely.

The VW "dynamic safety zones" are designed to allow humans and robots to work in the same space without physical barriers. To do this, engineers placed a human worker and a robot on what looks like the dance floor of a night club. The pattern of red, yellow, and green lights tell the robot where the person is in relation to it.

Volkswagen believes that robots can assist human beings on the assembly line, performing strenuous tasks like lifting heavy parts. Reducing the physical strain on workers is a major issue for automakers, and VW isn't the first to try to solve the problem with technology. Ford is testing exoskeletons for assembly-line workers, for example. Volkswagen also hopes that "dynamic safety zones" will allow it to increase human-robot interaction without having to invest in newer, more sophisticated robots.

The efficiency of automation means that human workers will have to get used to having more robots around—if the robots don't replace them entirely.