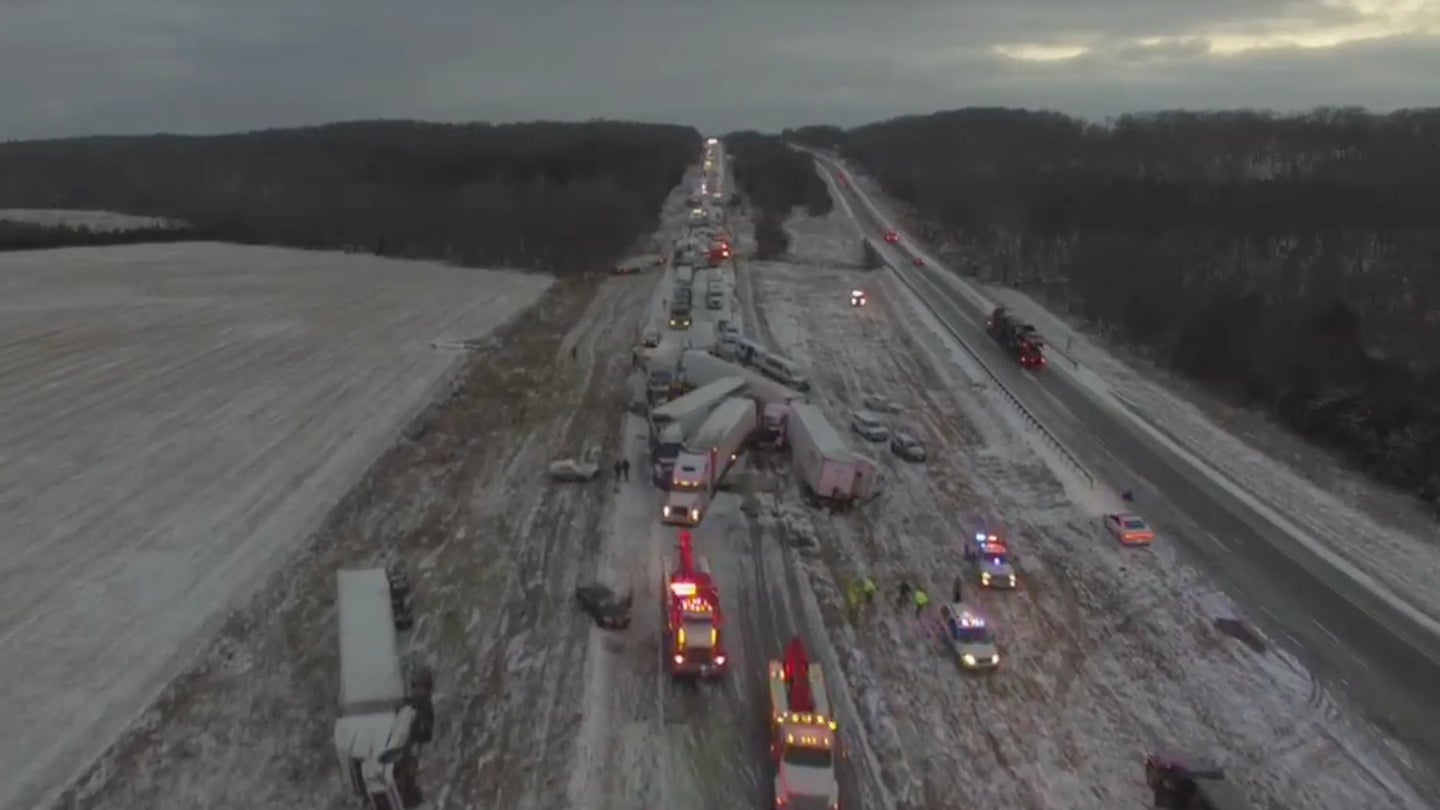 On Sunday, more than 60 vehicles collided on Interstate 44 in Marshfield, Missouri, with another 50-car pile-up occurring on a freeway in Iowa. Five people lost their lives that day, and dozens were injured. The Conway Volunteer Fire Department utilized a drone to monitor the event, reminding us all of our mortality, and the importance of safer driving.

Drone footage is most often something to marvel. It’s there to lure viewers in and entertain them with creative camera movements and otherwise inaccessible tracking shots. Drones are being used in film and television, halftime shows, and music videos. The modern unmanned aerial vehicle has become so affordable and technically capable, that any visual art can benefit from its usage at this juncture. While most of the aerial footage we’ve covered here on Aerial has been uplifting, creative, and inspiring, there’s also room for a different kind of visual engagement in regards to drone footage. Sunday's events and the resulting UAV footage should remind all of us to operate our vehicles carefully, and what sort of preventative measures can be implemented in the future.

According to TIME, the weather on Sunday afternoon created perfect conditions for icy roads and a hazardous commute in Missouri, Kansas, and Iowa. Gene Hatch of the National Weather Service said that "The roads went from wet to icy very quickly, and once the water on the roads froze, the snow that was falling began sticking, making it even slicker." The fatalities and injuries were spread across various accidents on Interstate 44 and 35 that day. Story County Sheriff's Office Captain Barry Thomas reportedly claimed he "couldn't see from one end of the wrecks to the other."

Patrol Sargeant Jason Pace, responsible for an area spanning 18 counties in the southwestern part of Missouri, claimed that the 350 collisions in his jurisdiction were caused by incoming cars entering the freeway and becoming part of existing crashes. Overall, the events on Sunday resulted in the deaths of five people, more than 650 crashes, and dozens of injuries. The tragedy here is that people lost their lives due to imperfect driving and unfortunate weather conditions. It's unclear what drivers could have done better, or what sort of preventative infrastructures could be set in place (perhaps automatically shutting access to an interstate's on-ramp once an accident has been recorded or reported nearby).

We hope that the victims and families can come to some semblance of peace and that everyone watching the aerial footage of this accident can internalize a more respectful self-awareness while operating their vehicles.