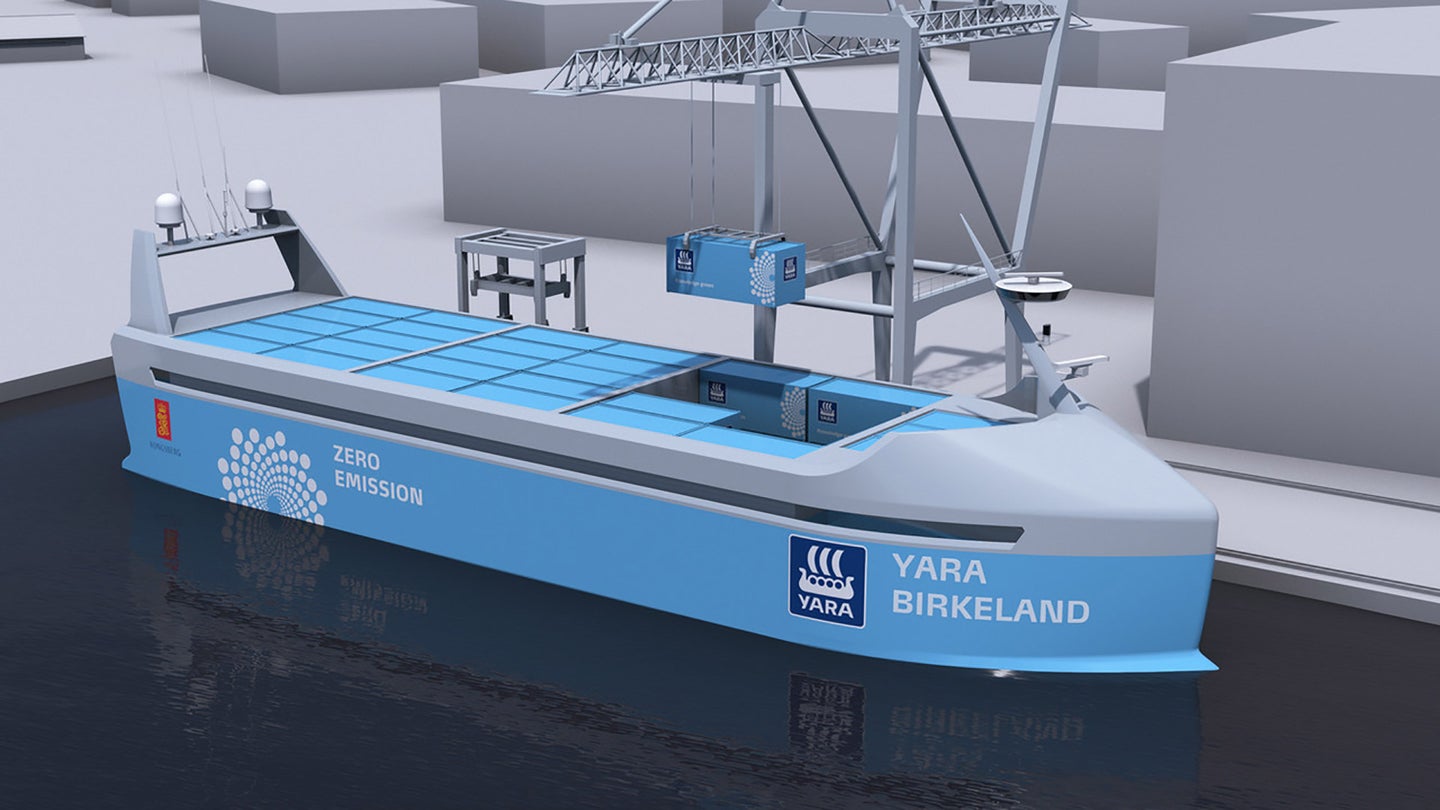 Operating a cargo ship obviously costs a lot of money as most require north of 25 crew members and thousands of gallons of fuel. With high transportation costs and environmental damage as the incentive, an autonomous electric ship called the Yara Birkeland has begun production.

The autonomous electric ship will be capable of carrying 100 shipping containers and is being built to transport fertilizer 37 miles from a production facility to the Port of Larvik in Norway. The short journey will avoid international waters as the International Maritime Organization does not plan on having regulations on autonomous international shipping travel until 2020.

The ship is being built by Yara International ASA and Kongsberg Gruppen ASA, an agency that builds autonomous guidance systems for both civilian and military applications.

If all goes according to plan, the ship will be a huge financial as well as environmental success. The zero emission vessel will eliminate 40,000 truck drives annually and the zero fuel/crew cost will result in a 90% lower operating cost. Still the initial production is a little steep as it will cost $25 million, three times more than the normal production cost of a ship that size.

The first few trips will utilize a crew in late 2018. One container ship will act as a bridge for the vessel. Eventually, that "bridge" will be moved to shore and the ship will be controlled like a drone. Finally, by 2020, the ship will operate autonomously with monitoring from shore.