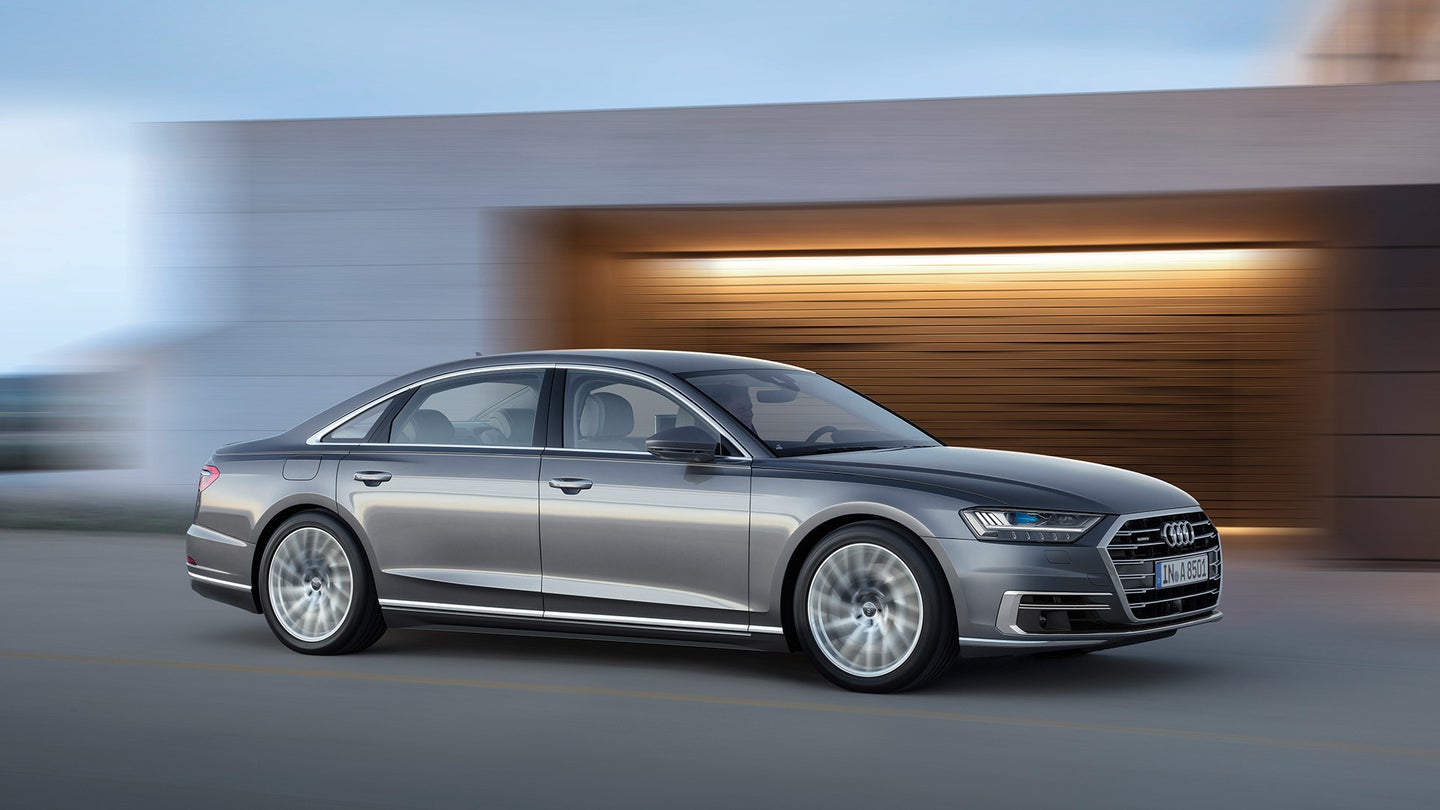 The all-new Audi A8 that made its official debut last week will be the first production car packing Level 3 autonomous capability—or, in Audi-speak, Audi AI Traffic Jam Pilot—according to the carmaker. And it's that lead that will help make Audi the first car company to bring a self-driving car to market, the company's head of research and development believes.

“I’m confident that nobody can jump ahead of us,” R&D boss Peter Mertens said to Automotive News Europe last week, citing the trail being blazed by the company's new tech-tastic luxury flagship.

Traffic Jam Pilot allows the new A8 to drive itself, but under a very select set of conditions: Only on divided highways, and at speeds of up to 37 miles per hour. Still, the car is capable enough under those circumstances to allow the driver to take his attention off the road for significant periods of time—long enough to push the system a rung further up the ladder than the Level 2 tech of its competitors.

Assuming, of course, the governing body of the nation said Audi A8 happens to be driving in is cool with that. In its announcement for the new A8, Audi said it would be "adopting a step-by-step approach to the introduction of the Traffic Jam Pilot in production models"—something Mertens suggested might take some time.

"We cannot estimate when that process will be finalized," he told AN Europe. "I, alone, am not going to give a date, because it’s not in our hands. I am not blaming anybody. We’re doing our job and they are doing theirs. We need to sort it out together.”