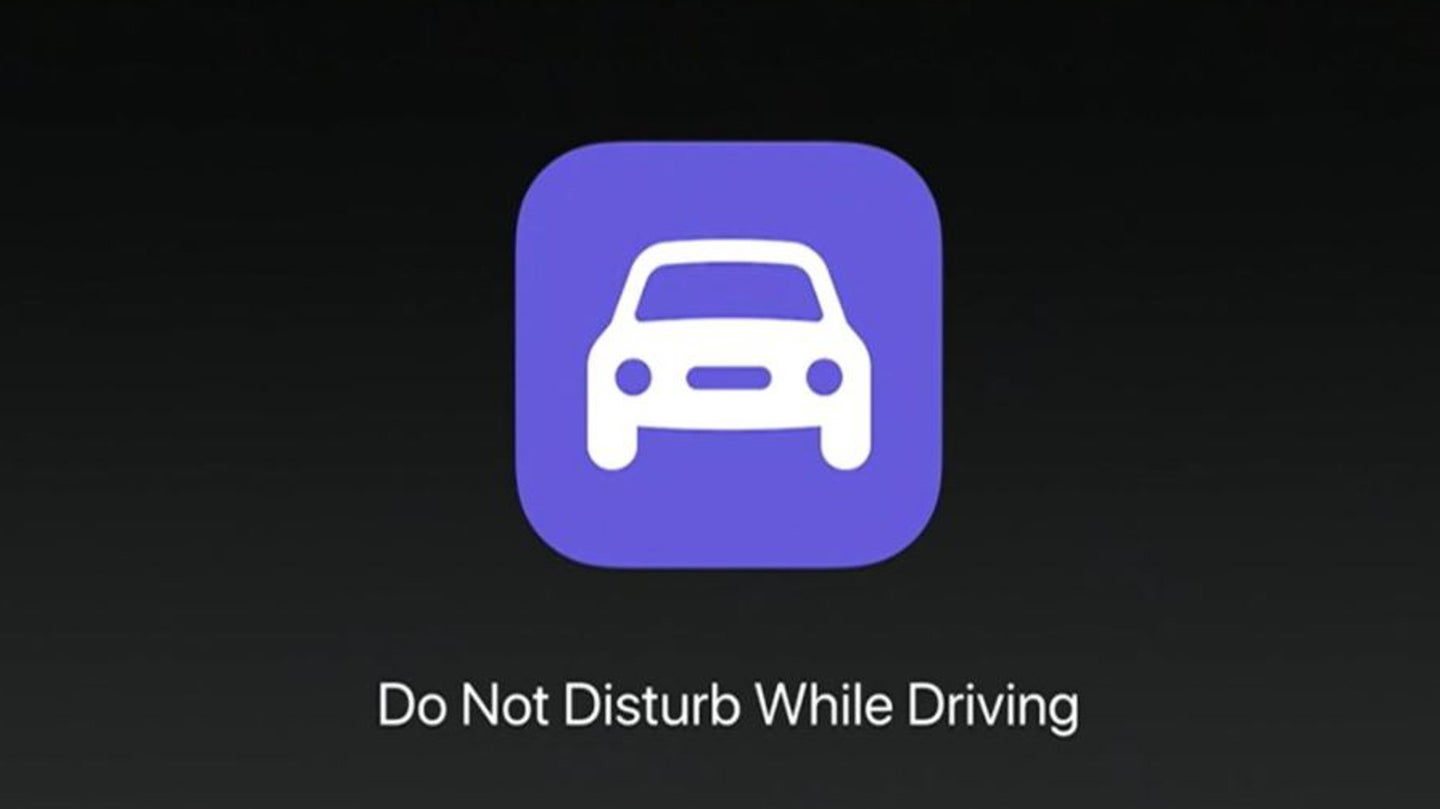 Apple launched a big ol' salvo at distracted driving during their annual Worldwide Developers Conference today, revealing an upcoming "Do Not Disturb While Driving" feature for iOS aimed at keeping people's hands on the wheel and eyes off their Messages.

With the nation under siege by a legion of people who still think it's okay to text while driving, Apple has decided to get proactive with their new feature. "Do Not Disturb While Driving" will automatically come on if you connect your iPhone via Bluetooth to your vehicle. And if your car is mercifully infotainment-free, your phone will use Wi-Fi to triangulate your speed and position to determine when you're in motion. (No word on what happens if you're out in the boonies and there are no Wi-Fi signals to triangulate from.)

Either way, "Do Not Disturb While Driving" will black out your phone's screen, silence notifications, and enable an auto-response to anyone who texts you while you're driving. The auto-response will also give the sender an option to reply with the word "urgent" to push their original text through to you in case of an emergency.

If you want to override the feature, you'll have to tap through an extra notification reminding you that your attention should probably be elsewhere, but it's still possible if you're intent on being a menace to society. But seriously, don't.