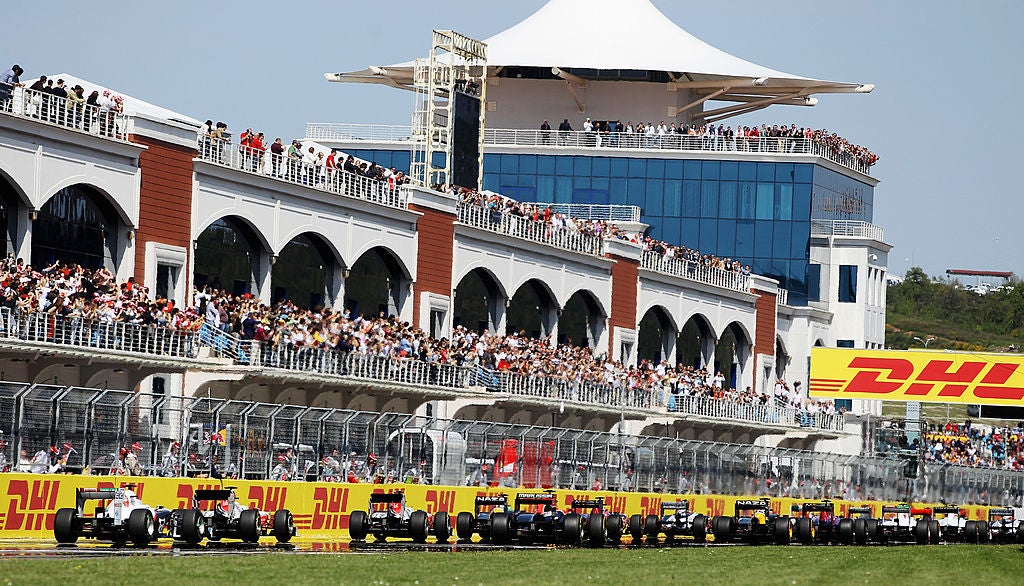 In the past few years, races have come and gone from the Formula One calendar like guests at a bad house party. Among them was the Turkish Grand Prix at Intercity Istanbul Park, which was canceled after running annually from 2005 through 2011. The track was received with mixed reviews, though praise for the track's eighth corner was nearly universal. After the event organizers failed to secure enough funds to satisfy former F1 bigwig Bernie Ecclestone, who wished to double the race's hosting fee, the track was dropped from the 2012 roster, and it has since fallen into disrepair. Nobody expected the track to return to the calendar.

That is, until Turkish former Formula One commentator Metin Mete announced that @Motorsport_TR, a Turkish motorsport media outlet, claimed that the CEO of Liberty Media, Chase Carey, was in talks with Turkish president Recep Tayyip Erdogan to bring the world tour of Formula One back to Turkey.

Motorsport.com is reporting that the conversation was not solely between Carey and Erdogan, but that Intercity Istanbul Park operator Vural Ak and Turkey's motorsport chief, Serkan Yazici, were also present. Though no papers have received signatures as of yet, Vural Ak says the dealings have been "agreed in principle," suggesting there is further groundwork to be laid and plans made before the race's future is sealed.

Carey, along with Liberty Media, has begun a crusade of bringing Formula One back to some of its historic venues. The long-serving French Grand Prix, which was held 86 times since 1906, was dropped after the 2008 Formula One season, though the race is set to return at Circuit Paul Ricard on the 2018 calendar, ending a 28-year absence of Formula One cars at the track.

At some point, the question becomes a matter of which races are next dropped in favor of classic venues. Abu Dhabi, after all, is less enticing than a bout at Imola.